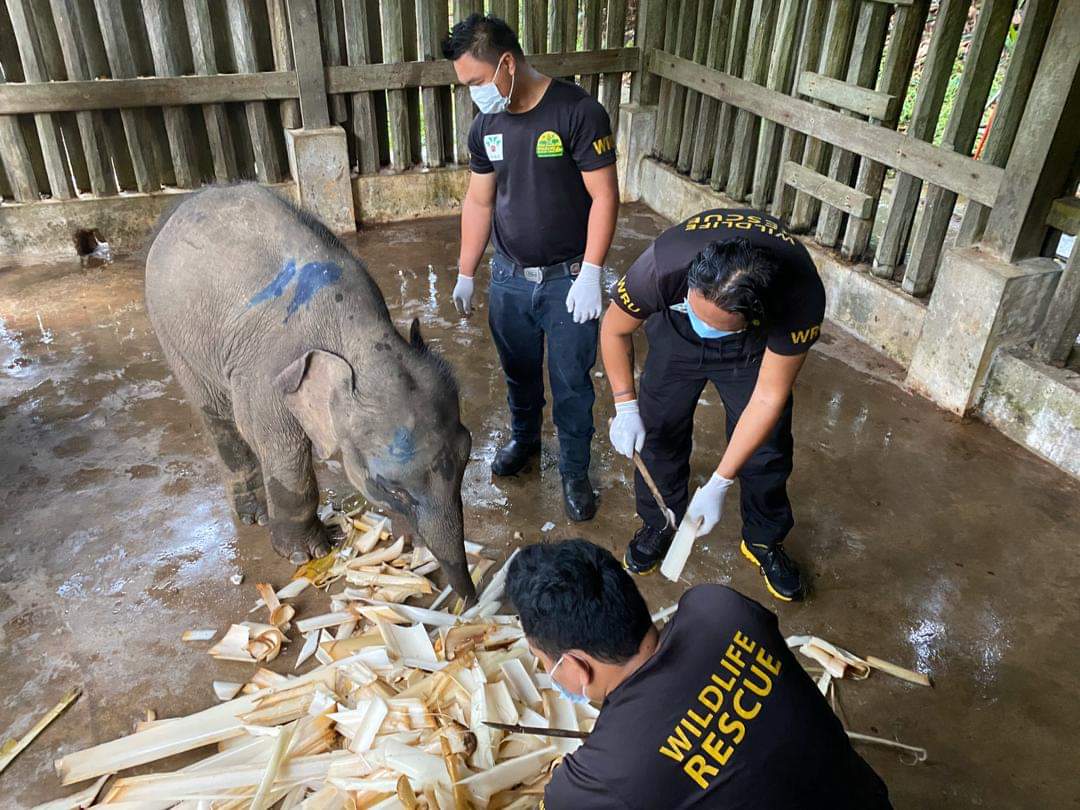 KOTA KINABALU: At a time when we are worried about the Covid-19, a heart-warming wildlife rescue by the Sabah Wildlife Rescue Unit (WRU) came to light on social media.

WRU, which continues to carry out its responsibilities during the Movement Control Order (MCO), came to the rescue of a baby elephant which was seen wandering in a plantation in Lahad Datu.

Plantation workers saw the baby elephant wandering near the plantation and alerted the manager who placed an emergency call to Sabah Wildlife Department. A team from Wildlife Rescue Unit was dispatched immediately and succeeded in capturing the elephant.

“It was then that they discovered the elephant had bad infection in both eyes, which may have affected her vision, causing her to wander from the herd. Field medical treatment was given to the infected eyes and preparations were made to transport her to Lok Kawi Wildlife Park for proper medical treatment,” WRU said.

A special holding crate was made overnight by workers at Ladang Sahabat which belongs to FGV.

The crate made it possible for quick transportation from Lahad Datu to Kota Kinabalu which took place overnight to avoid further health complications such as heatstroke if done during the day, disclosed WRU.

Veterinarians at Lok Kawi Wildlife Park have treated the infection. The elephant is responding well to treatment and has eaten well. The early prognosis is that there is a good chance that she will recover her eyesight.

In appreciation of Ladang Sahabat’s quick actions to save this baby elephant, her caregivers have given her the name “Sahabat.”

Wildlife Rescue Unit is a unit that operates under the Sabah Wildlife Department. It is fully funded by the Malaysia Palm Oil Council (MPOC) and the British conservation group, Orangutan Appeal UK (OAUK).