Friday, June 5
You are at:Home»News»Dr Annuar invites opposition reps to clear the air over Covid funds 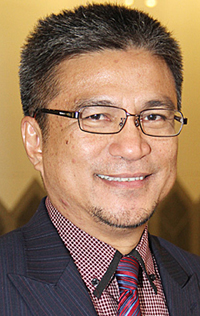 SIBU: Nangka assemblyman Dr Annuar Rapaee has invited elected representatives from the opposition to Sibu Resident Office today at 10am to clear the confusion surrounding funds for the Covid-19 effort under the Movement Control Order (MCO).

Dr Annuar, who is also Assistant Minister of Education, Science and Technological Research, said Sibu Resident Charles Siaw has consented for the bank statement of account to be shown to them as evidence that all funds for the Covid-19 effort in Sibu under the MCO did not go through him (Dr Annuar).

He also clarified that all purchases for the provisions were made by the Resident Office.

“I am inviting a volunteer among anyone of you to check where is the RM1 million channelled to. Yes, initially state government wanted to channel to the YBs (elected representatives) but later, decided against it. Instead, the funds go to the Division Disaster Management Committee headed by respective Resident.

“In fact, I have spoken to Padungan assemblyman (Wong King Wei) and he confirmed that initially, the fund of RM200,000 was supposed to be channelled to respective YB’s account, including those from the opposition camp but later the state government came up with a new mechanism. So, the confusion is that all the funds for the five state constituencies in Sibu totalling RM1 million are placed under me. This is totally untrue and what is why I am inviting them to come voluntarily to see for themselves all the relevant document such as the bank statement, purchase orders and so on, to clear the air,” Dr Annuar said.

He explained that his role as coordinator for the committee was to ensure that all work on the ground went smoothly.

“I hope after seeing the documentation for themselves, will clear this confusion once and for all and that this fund is not placed under me,” he said.

He added that the confusion stemmed from an article in Sarawak Report (SR) entitled “MONSTROUS! -How Sarawak’s GPS Have Played Politics With Hunger” which was published on April 5 and other postings by bloggers.