Saturday, December 4
You are at:Home»News»Sabah»Elephant found dead in Lahad Datu believed to have been poisoned 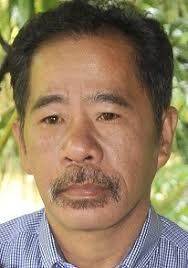 LAHAD DATU: A female Borneo elephant whose carcass was found near the Malua Forest Reserve here recently, is believed to have been poisoned.

Sabah Wildlife Department director Augustine Tuuga said based on the post-mortem conducted three days ago, he was not ruling out poisoning as the cause of death of the animal which was estimated to be between five and 10-years-old.

“Initial investigations found no external injuries on the elephant but based on the post-mortem report, there was bleeding in the spleen and kidney including ulcer,” he said when contacted here yesterday.

Augustine said the department was also waiting for the laboratory test results.

Meanwhile, he said three wildlife centres in the state managed by the department, have been operating as usual but without visitors, since the ongoing, nationwide Movement Control Order (MCO) was implemented on March 18 by the government to contain Covid-19.