Saturday, January 22
You are at:Home»News»Sabah»Food aid for 1,000 more families in Api Api 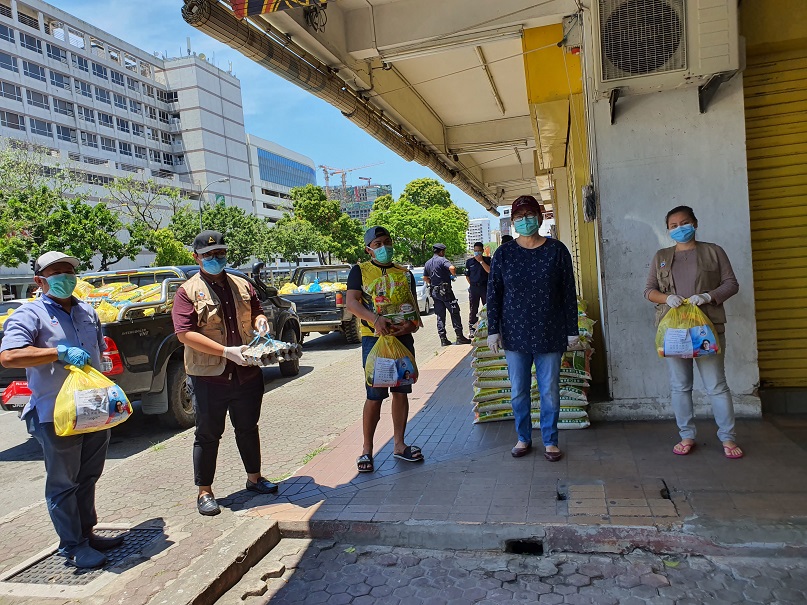 Christina (second from right) with some of the area representatives and the four-wheel drive vehicles laden with food supplies.

KOTA KINABALU: As the Movement Control Order (MCO) enters the fourth week, 1,000 more families here have received food aid in the second phase of distribution, bringing the total number of
beneficiaries to about 2,000 families since the exercise started last month.

Api Api Assemblywoman Datuk Christina Liew said, earlier, rice and other food essentials from the Government had been given out to 1,000 families in her constituency in the first phase of distribution.

“We gave priority to the sick and disabled, senior citizens, single mothers, hawkers and those who depend on daily wages, among other needy groups,” she said.

This week, Christina, who is also Deputy Chief Minister, handed over food supplies to area representatives from various locations at the office of the Api Api Community Development Leader Unit (UPPM Api Api) for distribution to the additional 1,000 families impacted by the MCO which has been extended to April 28.

The minister also took time off to visit some poor families in Api Api.