Sunday, January 23
You are at:Home»News»Nation»Hair salon operation for green zone only – Ismail Sabri 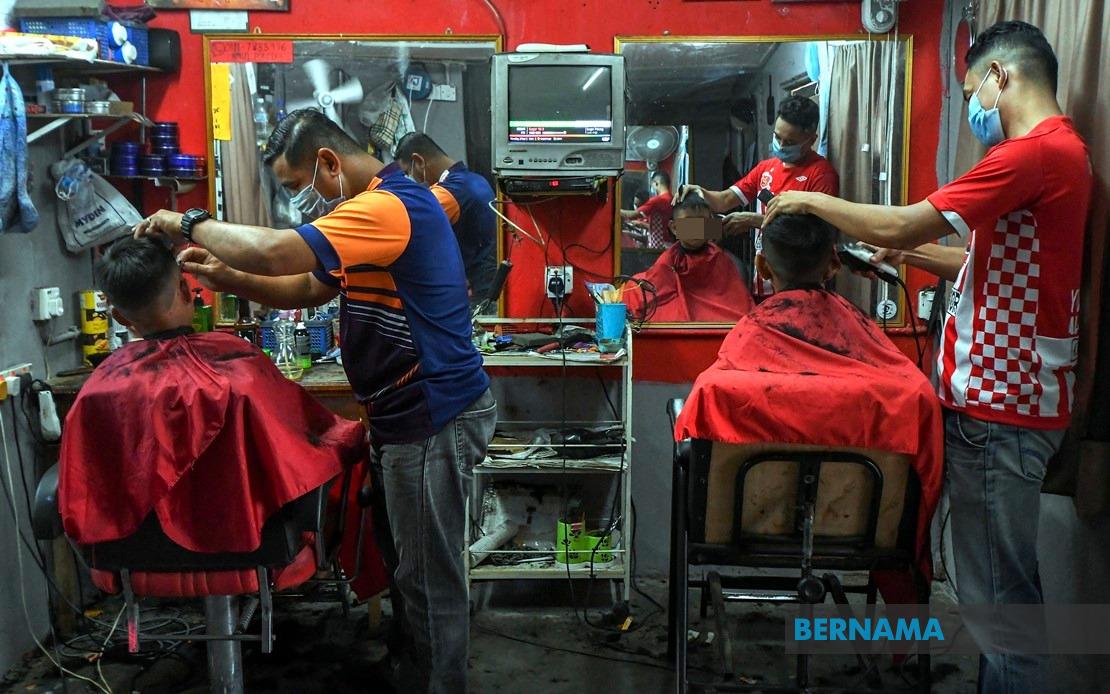 The operation of barber shops and hair salons during the third phase of Movement Control Order (MCO) starting April 15 is subject to approval and is only for green zone areas only. Bernama file photo

PUTRAJAYA: The operation of barber shops and hair salons during the third phase of Movement Control Order (MCO) starting April 15 is subject to approval and is only for green zone areas only.

“We were told by MITI that whatever that had been announced did not mean it would automatically be implemented.

“I understand that there is an application process and whether the application is accepted or rejected, will be decided by MITI, more so when the proposal is only for green zone only, not red areas and so on,” he said after a special ministers’ meeting on MCO implementation here today.

He was replying to a question on whether the government would withdraw the approval to allow barber shops to operate following the reaction from the public and shop operators themselves in rejecting the move due to difficulties in practising social distancing.

Ismail Sabri said the standard operating procedure (SOP) and details on the matter would be issued by MITI.

“So far, the government has received the views of the people and MITI would be studying all opinions expressed by the people,” he said.

Prime Minister Tan Sri Muhyiddin Yassin when announcing the extension of MCO into the third phase on Friday, said several sectors would be allowed to operate after this.

Following the Prime Minister’s announcement, MITI issued a list of seven service sectors which would be allowed to operate including hair salons and optical shops. – Bernama

Previous ArticleCovid-19 claims another life in Sarawak today, death toll at 14
Next Article Sarawakians tune in to livestreamed church services for Easter Sunday