Friday, June 5
You are at:Home»News»Whither justice in Keadilan? Vernon asks after sacking from party 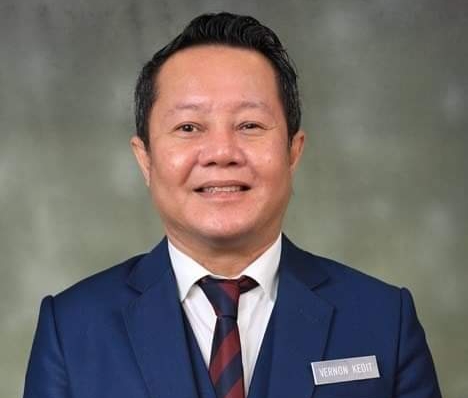 KUCHING: Former Parti Keadilan Rakyat (PKR) Sarawak secretary Vernon Kedit has revealed tonight that he has been sacked from the party by its central leadership council.

He told reporters that he had received the termination letter, signed by the party’s secretary general Datuk Seri Saifuddin Nasution Ismail, today.

The letter, dated April 1, said that the party’s central leadership had decided on his termination at a meeting on March 21st and he was given 14 days to appeal. 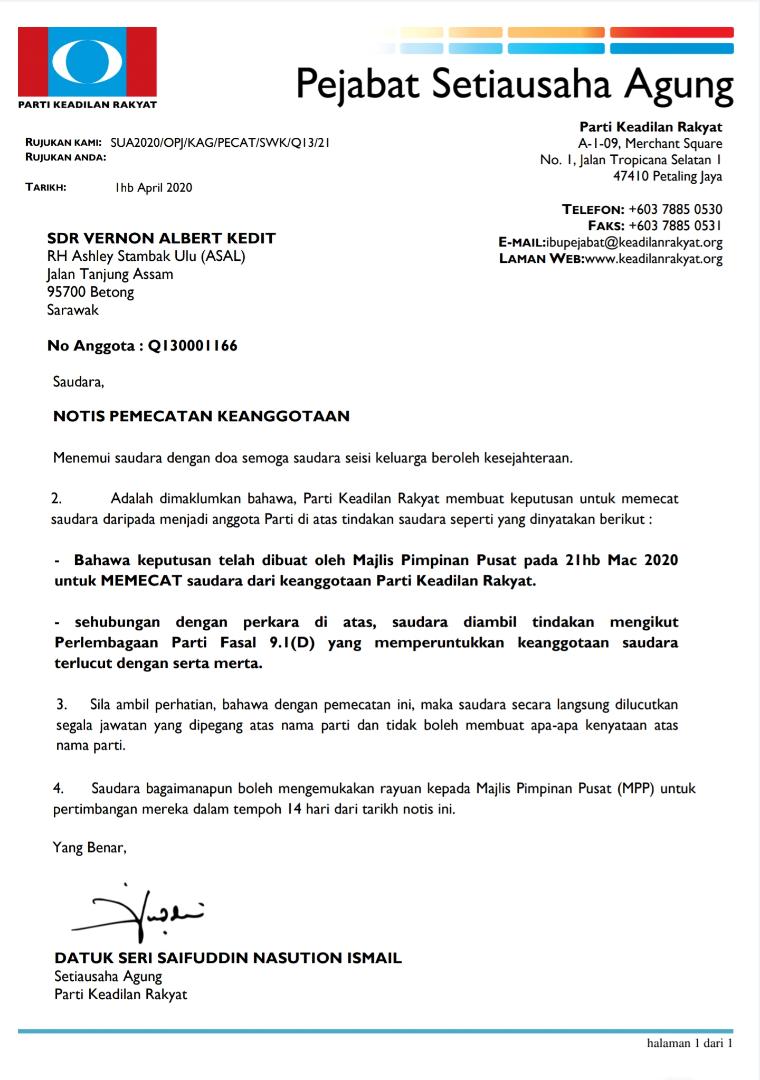 Asked if he would file an appeal, Vernon, who was PKR Betong branch chief, said: “How to appeal if I don’t know the reason for the sacking?”

He said that the council had never called him to defend himself.

When asked how he felt about the sacking, Vernon replied: “The whole world can see and judge for itself now how a party founded and predicated on the paramount principle of justice has deviated so far away from its core tenet.

“Anwar Ibrahim was sacked from Umno and the deputy prime minister’s post in 1998 without a reason given. Keadilan was founded to fight this very same injustice.

“Twenty two years later, he allows his party to do the same to its members without giving a reason other than using a clause in the party’s Constitution. Whither justice in Keadilan?”

The letter cited Article 9.1(d) of the party’s constitution which only says that a member can be sacked by the central leadership council.

Last Tuesday, the new PKR Sarawak secretary Joshua Jabeng said in a statement that the state leadership council had recommended that Vernon and 11 other branches be sacked from the party as they had been “working in collaboration with other parties to undermine the leadership of PKR.”

Vernon said tonight that he did not know if the 11 others had also been sacked from the party.

Vernon had joined PKR in 2010, and was elected Betong branch chief in 2014 and 2018, when he was also appointed as the PKR Sarawak secretary.

He was the press secretary to former Works Minister Baru Bian, who quit PKR as the Sarawak chief earlier last month and is now an independent elected representative.