Sunday, July 5
You are at:Home»News»Nation»Sun Bear Centre perseveres despite closure to public 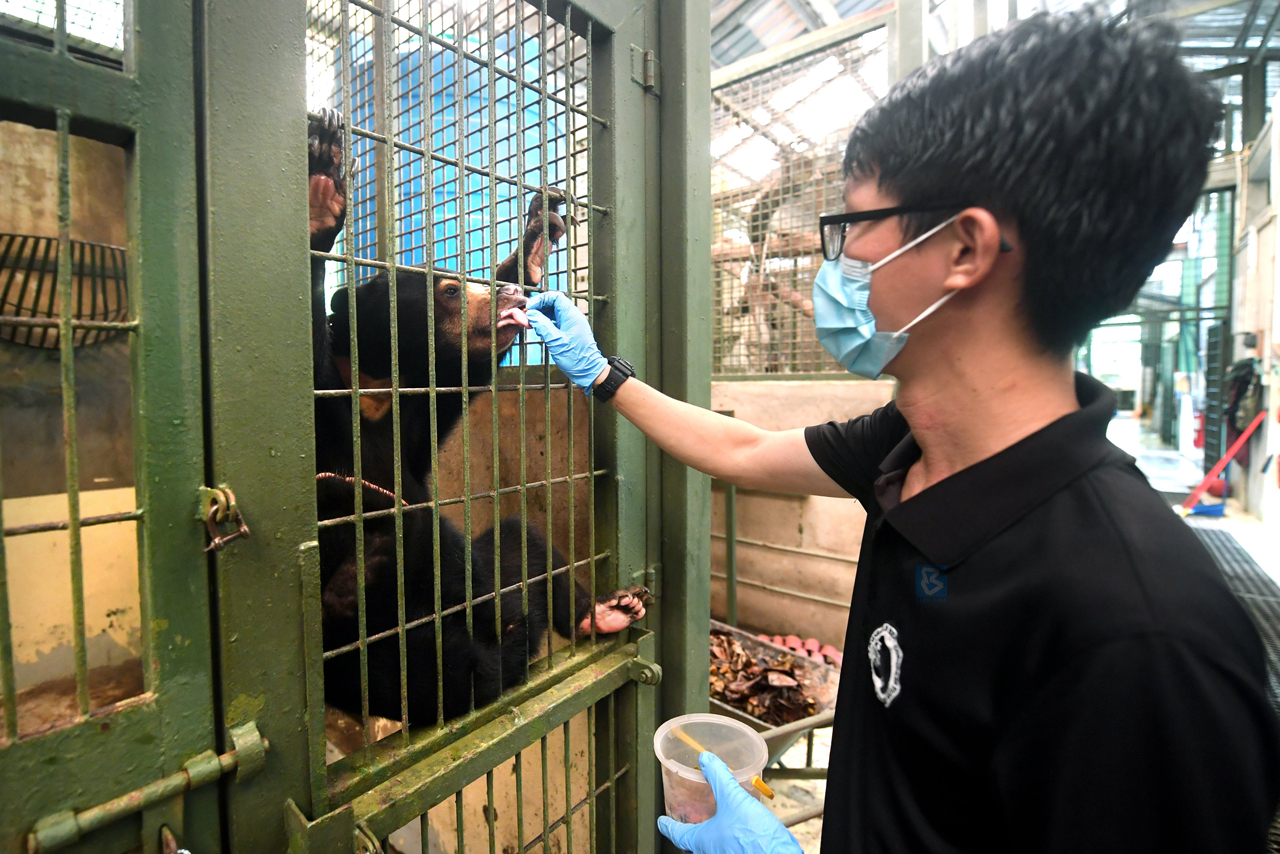 SANDAKAN: The Bornean Sun Bear Conservation Centre (BSBCC) near here is digging into its financial reserves to look after the 43 rescued endangered sun bears under its care.

BSBCC founder and chief executive Wong Siew Te did not mince his words when he said the reserve funds could only last for months. The Movement Control Order (MCO) imposed on March 18 and to be in force until April 28 due to Covid-19 had left the centre with no choice but to close its doors to the paying public, one of the key revenue contributors.

“With the Covid-19 MCO, we do not have visitors, which means that we also do not have any income,” he said, adding that there had been no international visitors or tourists due to the pandemic. “So, this is a big challenge for us right now, to source sufficient funds to run the centre for a certain period of time until everything is back to normal,” he told Bernama.

According to Wong, the centre spends RM100,000 to RM120,000 monthly on its operations, including the salaries for the 30 full-time staff members and RM20,000 worth of food for the sun bears. “I do call for public donations and I hope the general public could support us as much as possible. It is very important to conserve the sun bears and secure their future. BSBCC cannot fail,” he said. Sun bears are also known as honey bears and by their scientific name Helarctos malayanus. The Bornean sun bears are referred to by their scientific name Helarctos malayanus euryspilus.

Wong said the centre was built with the aim of conserving the sun bears through a holistic approach, which incorporated improvements in the aspects of welfare, education, research, rehabilitation and eco-tourism.

He said he founded the centre in 2008 and opened its doors to the public in 2014, and that most of the funds came from ticket sales to visitors, which generated sufficient revenue for the upkeep of the centre. The number of visitors almost doubled in six years, recording 84,496 last year over  48,506 in 2014, he said.

“We cannot be certain when tourism will bounce back. We have been very dependent on tourists from Europe and the United States. Now, some monthly donations from abroad have also been cancelled as the donors are also affected by the pandemic and the lockdown order in their respective countries,” he said.

Fortunately, Wong said, the centre had sufficient food and medical supplies as well as a dedicated team to ensure the welfare of the animals during the MCO, but he was worried that it would be unable to pay the suppliers once the money ran out. According to him, the conservation of the sun bears is important as they are now extinct or their presence uncertain in countries they formerly inhabited, like China.

“Sun bears play an important role in the forest ecosystem by acting as seed dispersers due to their love of fruits. They also engage in pest control by creating hollows in trees or digging holes in the ground, which provide cosy habitats for other wildlife.

“I believe Malaysia, especially Sabah, is the last stronghold for the wild sun bear population because of the relative abundance of forests that we have here in the state,” he said. Wong said the BSBCC had been supported by the Sabah government through the Sabah Wildlife Department and the Forestry Department, but it still required external funding. He appealed to the public to donate by clicking the ‘Donate Now’ button on the main page of its website, bsbcc.org.my.

According to the International Union for Conservation of Nature (IUCN) red list of threatened species, sun bears are vulnerable to extinction, but can still be found in eastern India, Bangladesh. Myanmar, Thailand, Cambodia, Laos, Vietnam, Malaysia and Indonesia. — Bernama