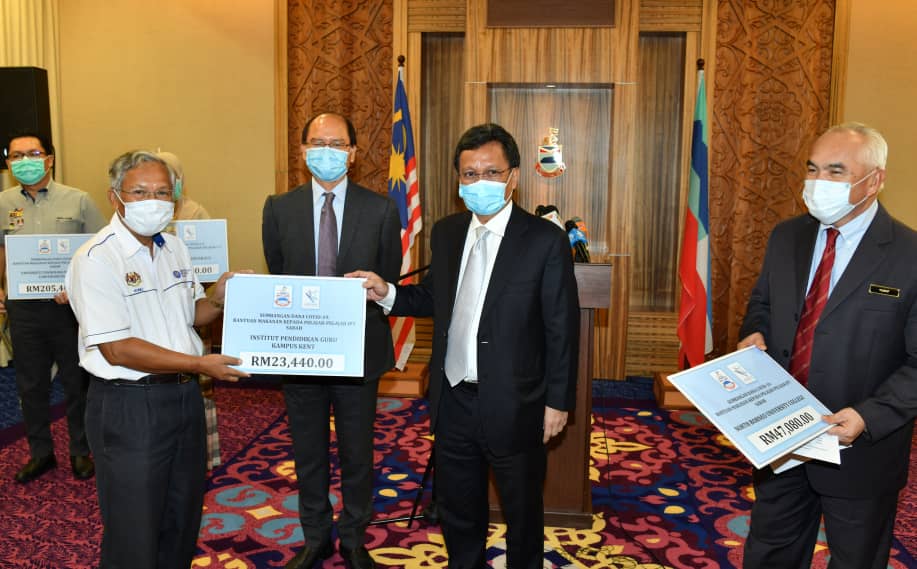 KOTA KINABALU: The Sabah Government has approved RM930,680 aid for 23,267 students from 40 public and private higher learning institutions in Sabah.

According to the Chief Minister, Datuk Seri Panglima Mohd Shafie Apdal, the funding had been approved on April 8.

During the ceremony to hand over the cheques to five of the 40 tertiary institutes yesterday, he said the State Government had also provided a RM500,000 funding to Universiti Malaysia Sabah (UMS) earlier to lessen the burden of its students.

“We have assisted a student now studying in Egypt and several who are studying in Indonesia,” he said.

At the same time, he also mentioned that he had received a call from a mother from Beluran who is worried about the safety of her child, a Yayasan Sabah-sponsored student who is now studying at one of the red zones in Sarawak.

He said the mother had requested that her child be allowed to return to Sabah due to the situation in Sarawak.

“I have asked Dr Yusof (Yacob, Education and Innovation Minister) and Yayasan Sabah to allow her child to return to Sabah,” Shafie said.

He added however that all returning students would not be allowed to return home (to their family) upon their arrival to the State but would be taken to the quarantine centre where they would stay for a period until they were confirmed negative of Covid-19.

He said that this was a necessary step to ensure to curb the spread of the disease to the community in Sabah.

He said this to reporters after handing over the mock cheques to the five tertiary institutions at the Sabah Government Administrative Building (PPNS) yesterday.