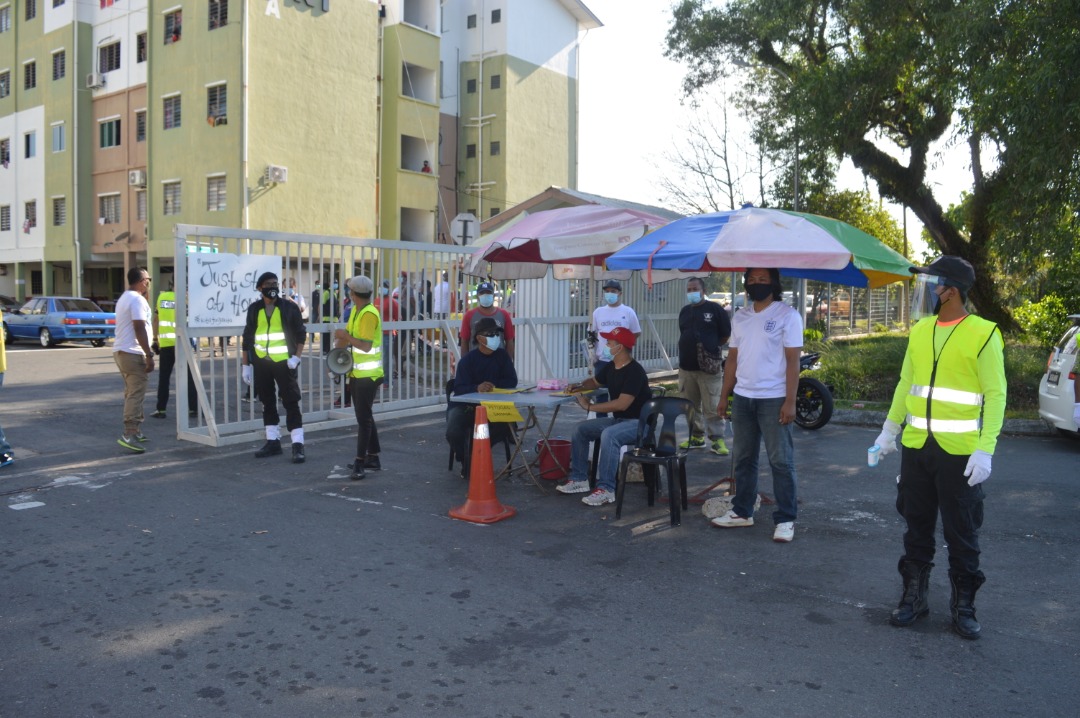 SANDAKAN: The committee of Taman Murni People’s Housing Project (PPR), Mile 7, here have decided to bar outsiders from entering the PPR in an effort to protect the residents from Covid-19 infection.

About 15 of its committee members have volunteered to work on shift to guard Taman Murni’s front gate to enforce the ban.

The initiative was said to be supported by the PPR management company, Harta Amalmaju Sdn Bhd, which is in charge of supervising and managing six PPRs in Sandakan district.

According to Director of Harta Amalmaju, Akmal Alimuddin, following strict movement control in PPR Taman Harmoni, the company had a discussion with the committee members of PPR Taman Murni to implement a movement control at the PPR to restrict entrance of outsiders to the PPR.

“Not only PPR Taman Murni, all six PPR under the management of our company have been called to initiate entrance control as well. These PPRs include PPR Taman Muhibbah, Batu Sapi, Sungai Manila, Gum Gum, Taman Mesra and Taman Murni. So far we have received positive response from all the residents,” he said.

In Taman Murni which has about 2,000 residents, all households need to register their vehicles to be recorded, and they are given a car sticker so that their vehicle will be allowed in the PPR.

Outsiders, such as visitors, e-Hailing service drivers, food deliveries, are not allowed inside the apartment, and are asked to wait outside the gate and wait for their residents to meet them outside.

Residents of Taman Murni will also have their body temperature checked at the counter before they can enter. Those have fever need to go to the health clinic inside the PPR to be treated.

Meanwhile, Sandakan District Police Chief ACP Mohd Azhar Hamin has commended the initiative taken by the PPRs here to help control the movement of its residents.

“This is a very good initiative that would help the security team to curb the spreading of Covid-19 in Sandakan district. This shows that the residents have the awareness on the importance of movement control during this critical time. I accept their initiative openly and the police will support them; our personnel will conduct patrolling at these control posts from time to time.

“I believe they were also motivated to initiate such action after seeing the condition in PPR Taman Harmoni in which its residents could not leave the PPR due to five positive cases of Covid-19 reported in the PPR,” he said.

Azhar called on all committees in residential areas and villages in Sandakan to initiate the same control at their respective areas in order to help stop the spread of Covid-19 in Sandakan district together.