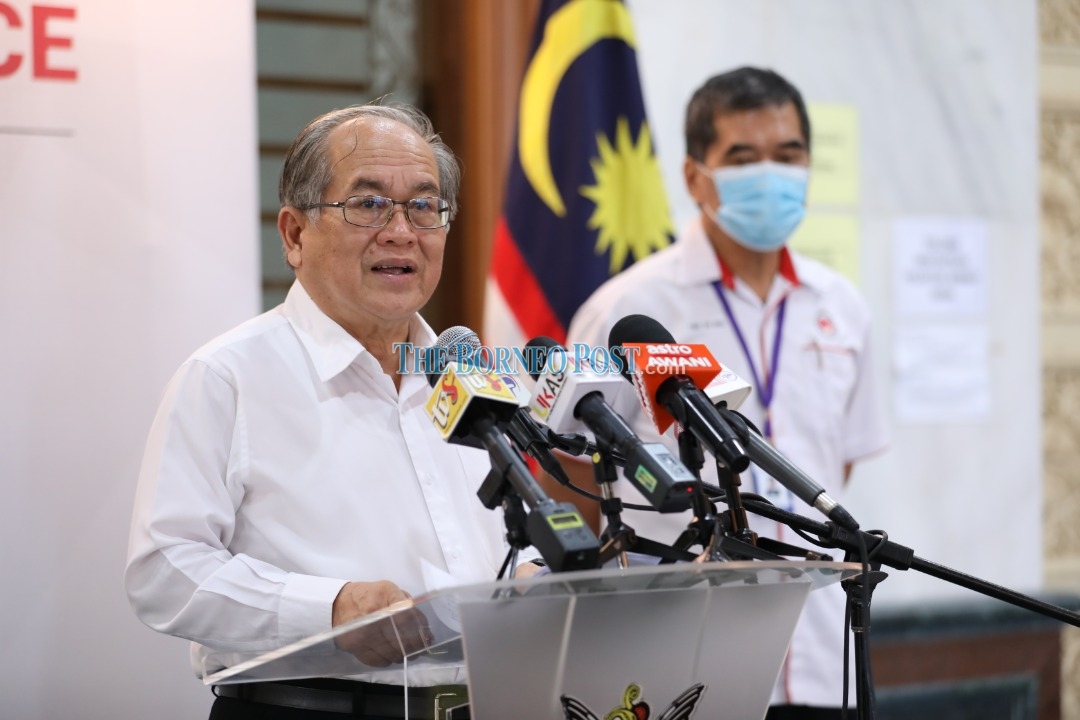 KUCHING: Limbang has been categorised as a yellow zone once again after one positive case was detected in the district today.

The case is one of eight new positive Covid-19 cases recorded in Sarawak today, bringing the cumulative number of positive cases in the state since March 13 to 496.

Deputy Chief Minister Datuk Amar Douglas Uggah Embas said the patient involved in the case from Limbang had just returned from Brunei and had tested positive for the virus on the 10th day of his quarantine period.

“This case shows the importance of quarantine to all Sarawakians returning from anywhere outside of Sarawak,” he told a daily Covid-19 update press conference here this afternoon.

One of the new positive cases today also involved a medical staff in Kuching, Uggah added.

For the cluster breakdown of the eight new cases, four are from the Kuching Conference, two from smaller clusters, one sporadic case and one still under investigation, he said.

On the bright side, Uggah said 11 cases have recovered from the virus and were discharged from the hospital today.

He said six of them are from the Sarawak General Hospital (SGH), four from Miri Hospital and one from Sibu Hospital.

As for the persons-under-investigation (PUI) cases, 123 were recorded today, while 111 are still awaiting their test results.

For the persons-under-surveillance (PUS) cases, 63 new ones were recorded today and are being quarantined in designated hotels in the state. The total number of PUS cases as of today stands at 1,151.

At the same time, 61 of them have completed their mandatory 14-day quarantine and have been allowed to return home.

He said the department will be coming up with a guideline to explain the permitted services to operate at a later time, especially services concerning commercial vehicles.