Sunday, October 17
You are at:Home»News»Nation»Anwar says open to idea of prime ministership if given chance 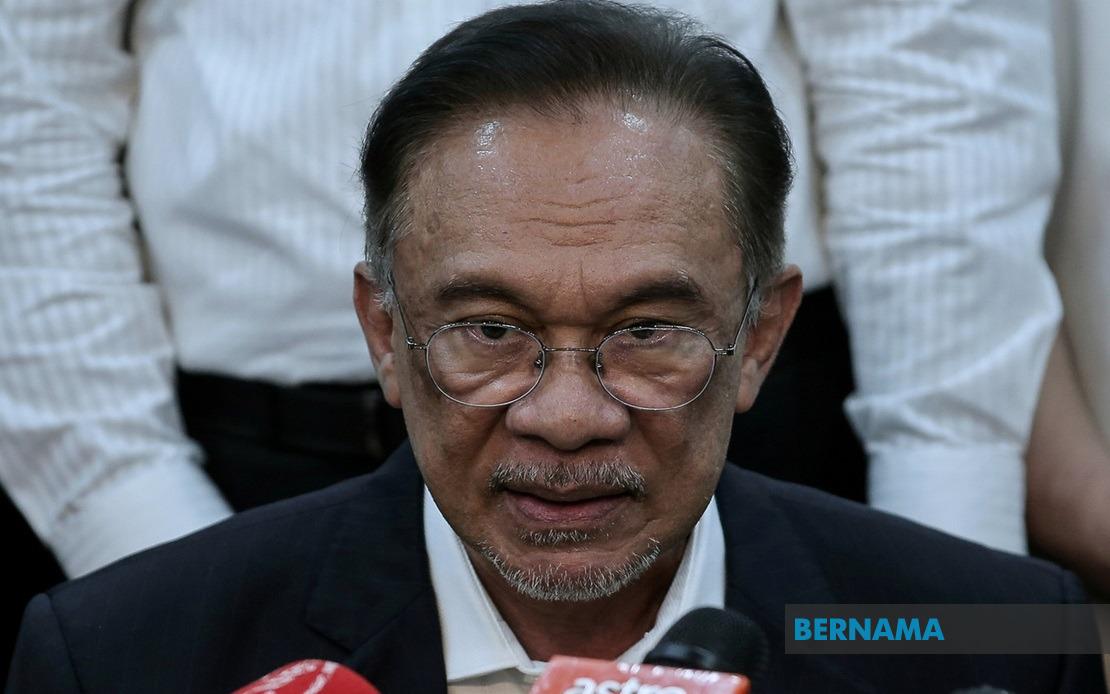 KUCHING: Parti Keadilan Rakyat (PKR) president Datuk Seri Anwar Ibrahim said he is open to the possibility of becoming a prime minister if he is given the chance.

“Given the opportunity, I think the country needs reform, and I think I can play a small part in that process,” he said when asked if he still wanted to be a prime minister during an interview with radio station BFM Thursday morning.

The Port Dickson MP, however, dismissed speculations that he could not wait to be a prime minister.

He even made it clear that he was not the one who continued to be a prime minister at the age of over 90.

In the 2018 general elections, Pakatan Harapan (PH) under the leadership of former prime minister Tun Dr Mahathir Mohamad won the the elections and Dr Mahathir, who stepped out of retirement, became the seventh prime minister at the age of 93.

PH had a premiership succession plan, which was for Anwar to take over from Dr Mahathir in two years’ time.

Such plan, however, never materialised after Dr Mahathir resigned as the Prime Minister earlier this year, which led to the formation of Perikatan Nasional government with Tan Sri Muhyiddin Yassin as the eighth Prime Minister.

Even though he did not succeed Dr Mahathir as the eighth prime minister, Anwar said he accepted what had happened and was aware of the forces that denied him the role.

“I also understood from the beginning… that it was a major task. If you really believe in the need to reform, to discard this obsession about Malay supremacy and a blinkered view of Islam in the country (and) how we govern; then I know we are up in arms,” he said.

In the event that he never got to be the prime minister, Anwar said he was willing to step down although he would be disappointed.

The PKR heavyweight said PH would not shut its door on the necessity of working together with Dr Mahathir, who is Parti Pribumi Bersatu Malaysia (Bersatu) chairman, should the need arise.

Bersatu, which has pulled out from PH, is now part of the Perikatan Nasional (PN) government.

Despite so, Dr Mahathir chooses to remain in the opposition as he is estranged with Muhyiddin who is Bersatu president.

Anwar said it might be difficult for him to accept Dr Mahathir into the fold of PKR since the Langkawi MP “is set with a Malay party”.

“I was rejected (by Dr Mahathir previously) because I believed in a multi-racial party although there is Malay dominance in the party,” he added.

Dr Mahathir told an interview with Sinar Harian last month that he did not want to make Anwar deputy prime minister because the PKR man was perceived by the Malays as too “liberal” for starting a multi-racial party.