Sunday, October 17
You are at:Home»News»Sabah»MP purchases 15 tonnes of veggies for distribution in KK 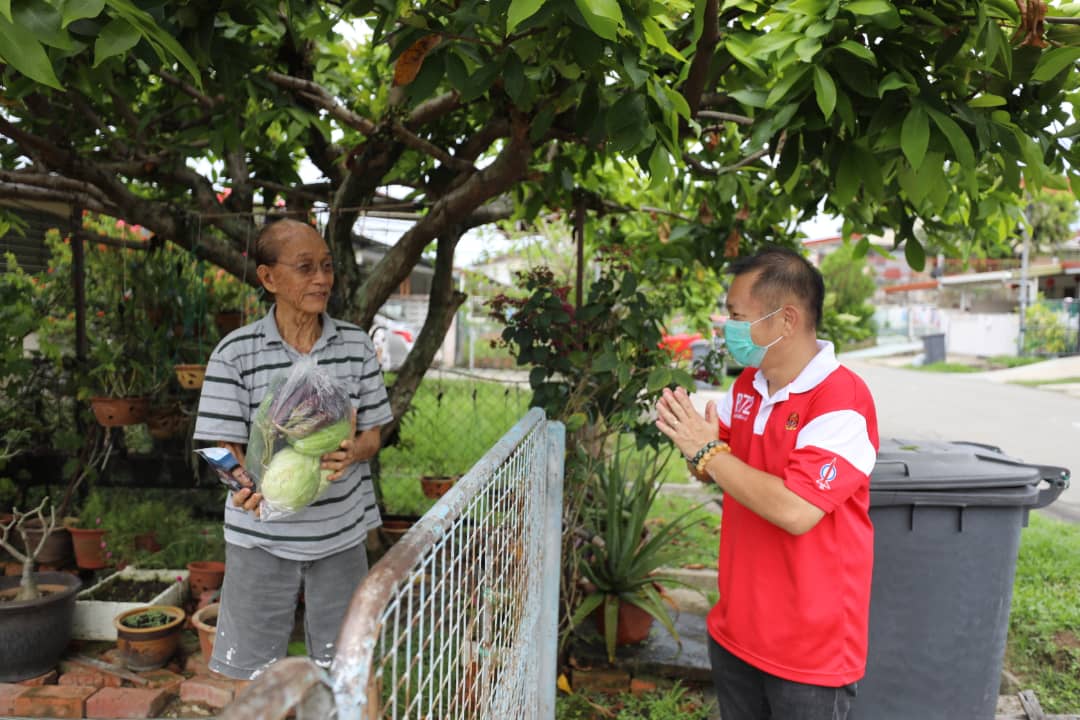 KOTA KINABALU: Democratic Action Party (DAP) Kota Kinabalu member of parliament, Chan Foong Hin yesterday clarified that his MP office’s distribution of vegetables with a pack of face mask is not meant to be a “food basket” but as a general assistance to the public.

Chan, who is also DAP Sabah secretary, said that a complete “food basket” to the poor was mainly distributed by the respective state constituencies’ Unit Pemimpin Pembangunan Masyarakat (UPPM), and the vegetable and face masks from his MP office were given to residents of KK as general assistance.

“My main intention is to help as much as I can. Unlike UPPM which is bound to provide food aid, MPs are given more flexibility to deal with the “touch point” allocated by the state government. As such, my office has decided to help in a different way, and that is by way of education of the public,” said Chan.

Chan said that he had initially only wanted to raise awareness of the importance of maintaining hygiene through the distribution of face masks, but then thought it would be good if he could, at the same time, help farmers who are unable to timely sell their crops as a result of the end-market disruption due to the Movement Control Order (MCO) by buying their vegetables and distributing the same.

“I had initially wanted to only distribute a pack of face mask (each pack containing five pieces) to each and every household within Kota Kinabalu parliamentary constituency as I had ordered a total of 100,000 pieces of masks to distribute, but then I had extra allocation so I had decided to add in some vegetables as well,” said Chan.

Chan stated that he targeted to distribute 5kg of vegetables each to 3,000 households within the Api-Api & Likas state constituencies within this week, the weight of the vegetables totalling 15 tonnes.

He added he would give priority to those living in terrace houses, low cost flat and apartment.

“My office has been and will continue to purchase fresh vegetables such as winter melons, cucumbers, cabbages, ridge gourdes and others from farmers in Keningau and distribute them to the people of KK as soon as possible before they are spoilt to avoid these fresh vegetables from going to waste and being dumped,” said Chan.

Chan further said he had included a notice to clarify and inform recipients that the distribution of aid by his MP office was made possible thanks to the special touch-point allocation to MPs from the Chief Minister Datuk Seri Shafie Apdal (hence the image of himself with Shafie being printed), and that it is common practice for politicians from across political divides to do the same to indicate who distributed the aid.

“It is important to emphasise that up to this day, as far as I know, the Perikatan Nasional central government has not distributed a single piece of aid to the people in Kota Kinabalu. If it is not for the state government, the residents of KK would not have received any aid whatsoever, be it face masks or vegetable,” said Chan who also added he welcomes those who refused to take the masks and vegetables so that they could distribute to those more in need.

Chan added that it is important to assist local farmers as these farmers help with the state’s food security whereby it gives them incentive to continue replanting more vegetables to ensure continuous availability of food and prevent famine from happening in Sabah.

“Besides myself, the MP of Sandakan and State assemblymen of Inanam and Elopura have similarly assisted farmers in Kundasang by purchasing their vegetables for distribution to the people,” said Chan.