Thursday, August 11
You are at:Home»News»PM: Most economic sectors allowed to operate from May 4 onward during Conditional MCO 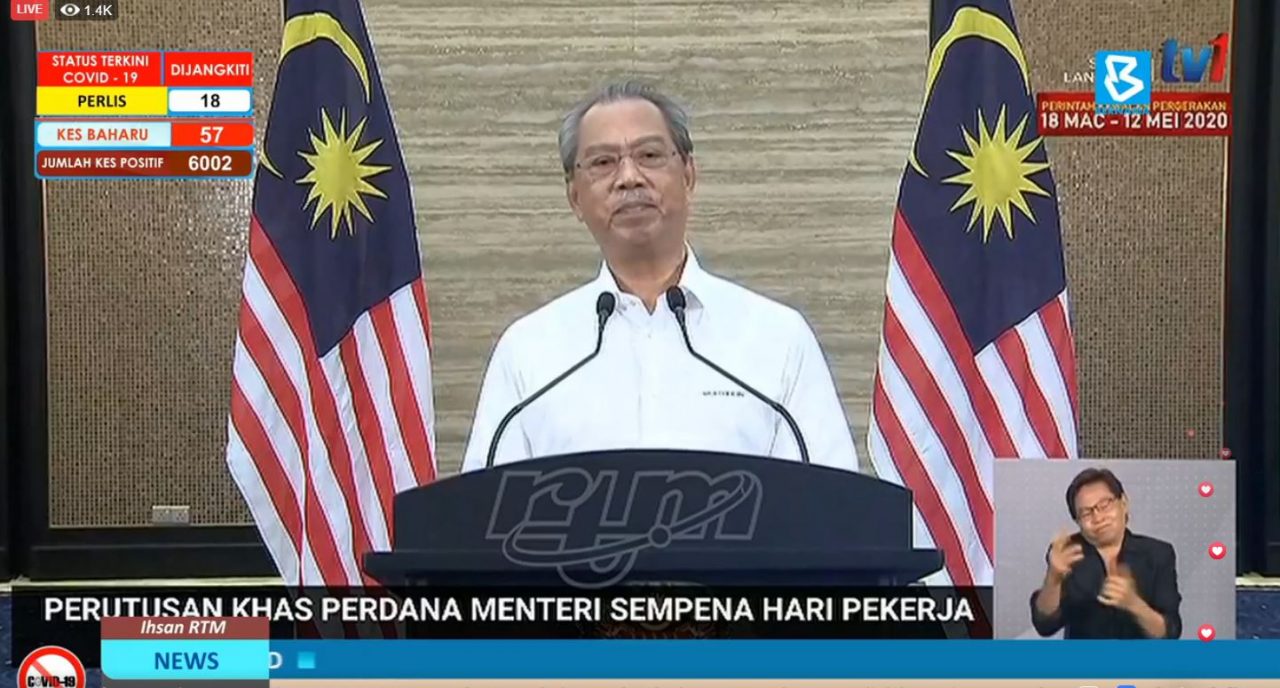 Muhyiddin presenting his speech during the televised broadcast on Labour Day.

KUCHING: Prime Minister Tan Sri Muhyiddin Yassin has announced that most economic sectors in the country will be allowed to reopen on May 4 during what he termed as the Conditional Movement Control Order (CMCO).

Muhyiddin stated that the global Covid-19 situation was not expected to end any time soon, but the economic outlook of the country could not be allowed to stagnate any further.

“The country’s economic sectors will be allowed to operate from May 4 onward, but only if they heed the standard operating procedures (SOP) set by the Ministry of Health (MoH),” he said during a special televised speech on Labour Day.

“However, businesses such as theatres, karaokes, reflexology centres, entertainment centres, theme parks, events and exhibitions as well as contact sports will not be allowed to operate yet.”

He added that the country was losing up to RM2.4 billion a day due to the MCO, with a total of RM63 billion in losses so far, and would lose another RM35 billion should economic sectors remain closed for another month.

The prime minister said that restaurants, once allowed to operate on May 4, would need to ensure that customers practice social distancing and good hygiene, as well as record the details of dine-in customers to ensure that contact tracing can be done should there be an outbreak of Covid-19.

Sports such as badminton, tennis, jogging, bicycling and golf – those that do not involve close contact with another person – will be allowed during the new CMCO.

All kinds of religious activities as well as inter-state travel, especially during the coming Hari Raya celebrations, will not be allowed, he said.

The MCO, which was enforced from March 18, is now in its fourth phase that ends on May 12.

Schools and businesses except essential services have been closed to contain the spread of Covid-19, which has claimed 102 lives and infected 6,002 people in Malaysia.

The number of Covid-19 positive cases has declined in recent weeks, and the recovery rate has risen to 69.5 per cent.