Sunday, October 17
You are at:Home»News»Crime»17 arrested in Sarawak in last 24 hours for defying MCO 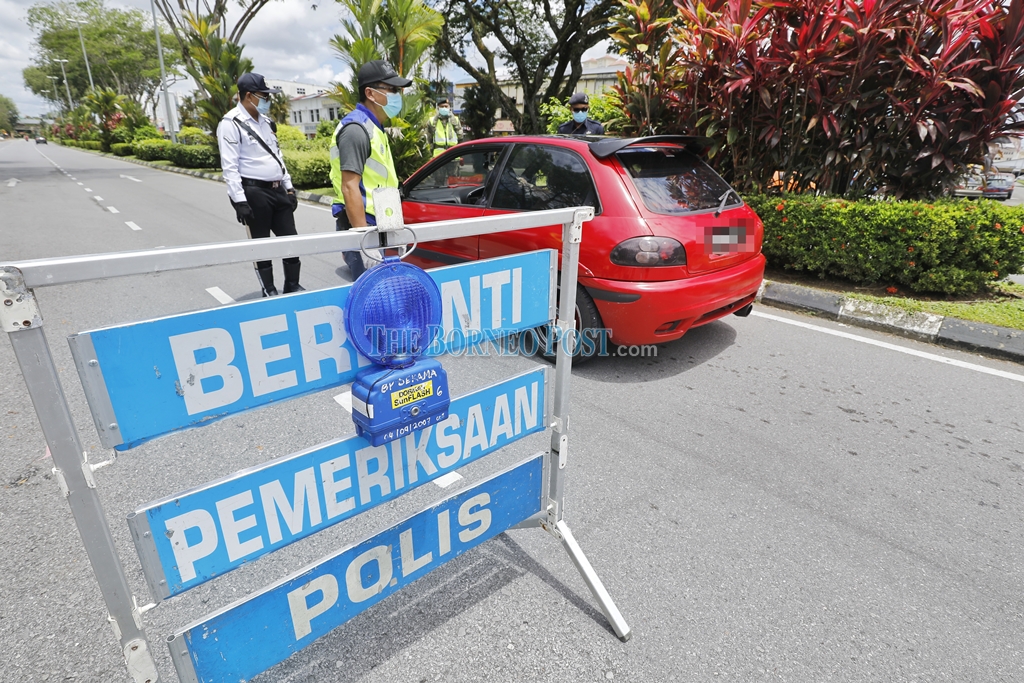 Policemen manning a roadblock in Kuching during the MCO period. – File photo

KUCHING: The police have arrested a total of 17 individuals in Sarawak for defying the Movement Control Order (MCO) between 8am yesterday and 8am today.

Sarawak Police Commissioner Datuk Aidi Ismail in a statement today, said the highest number of individuals being arrested was in Kota Padawan with six.

In Kuching, five were arrested, followed by Limbang (three), Miri (one), Betong (one) and Lubok Antu (one).

They were arrested under Section 186 of the Penal Code and Rule 11 (1) of the Prevention and Control of Infectious Diseases (Measures Within the Infected Areas) 2020.

Between 8am on May 1 and 8am yesterday, the number of those arrested was 52 individuals.