Tuesday, May 17
You are at:Home»News»Sarawak agrees to gradual resumption of businesses under CMCO 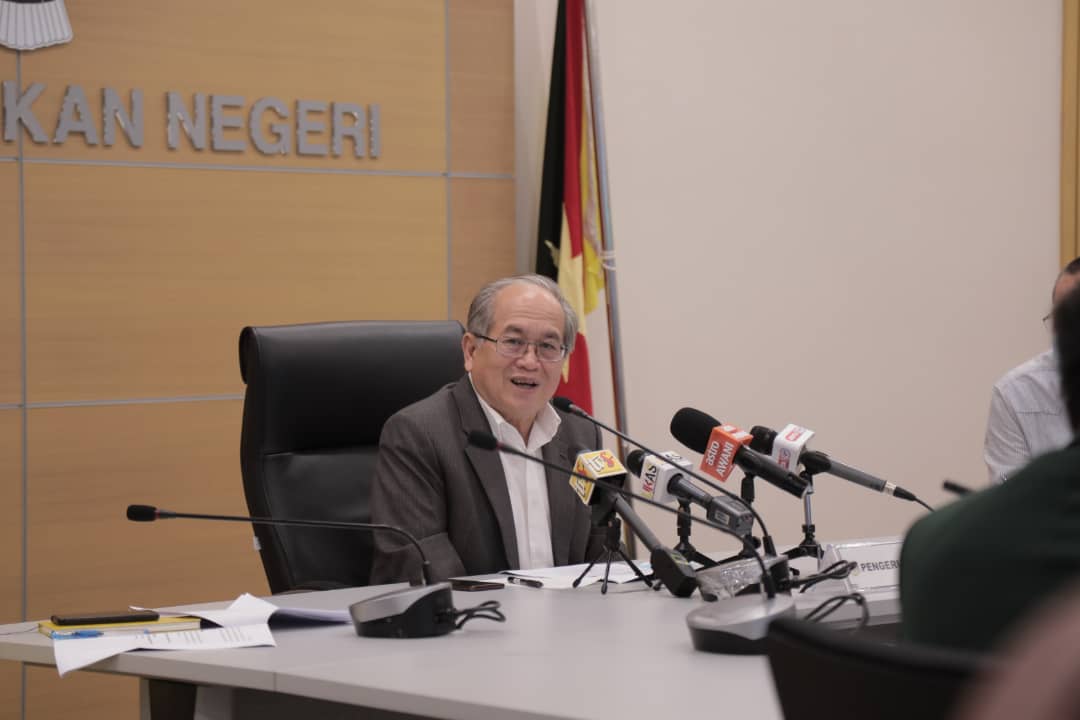 Uggah speaking at the daily press conference on the Covid-19 situation in Sarawak in this file photo.

KUCHING: The Sarawak Disaster Management Committee (SDMC) has agreed to implement the Conditional Movement Control Order (CMCO), which allows almost all businesses to resume, but on terms befitting the conditions in the state.

Its chairman Datuk Amar Douglas Uggah told a press conference here that the SDMC is refining the standard operating procedures (SOP) for businesses to re-open after which it will familiarise all stakeholders with the SOP.

“After they (stakeholders) understand (the SOP), the next approach is operation. Once operation starts, we have to have sufficient people to do monitoring, supervision and enforcement. There’s no point in introducing SOP if we cannot enforce,” he told a press conference today.

Uggah said the committee would also look into allowing businesses to resume according to what Covid-19 zones they are located in, as some 70 per cent of the state is currently green zones where there have been no confirmed cases for 14 days.

However, Uggah did not announce any time frame for business to re-open.

Reading from a statement earlier, the Deputy Chief Minister stressed that the state intended to ensure that activities no longer prohibited by the CMCO will be engaged in a manner that will not jeopardise the protection of public health.

He said the state minister in-charge of public health can make an Order to regulate movement of people in the infected areas as well as to prescribe measures to prevent spread of the disease.

“This power is provided by Section 15 of the Protection of Public Health Ordinance 1998, which was enacted pursuant to the state’s legislative powers under Item 7 of the Concurrent List in the Ninth Schedule of the Federal Constitution.

“However, as local government, issuance of licenses, business permits, etc is a state matter, the state will ensure that those activities comply with our local government laws and regulations, including those made under the Protection of Public Health Ordinance,” he said.

Uggah said what was most crucial at this point in time is the health of the people.

“We do consider the economic issues and the difficulty faced by the people but what our top priority at the moment is public health,” he added.

When asked whether the federal government had consulted the state on the implementation of CMCO, Uggah said Chief Minister Datuk Patinggi Abang Johari Tun Openg had attended a meeting then but at that time, the SOP was not ready yet.

“The Prime Minister had briefed them on the way forward. The Chief Minister had attended the meeting and that was part of the consultation,” he said, adding that the SOP was distributed later.

He said that was the reason why the state government came up with a statement a few days ago stating that the state will study the SOP and find out which of the SOP is suitable for Sarawak.

Sarawak is among several states in the country that did not implement the CMCO from yesterday as directed by Putrajaya to restart the country’s economy. The CMCO is the fourth phase of the Movement Control Order which started on March 18 to stem the spread of Covid-19.

International Trade and Industry Minister Datuk Seri Mohamed Azmin Ali said in a statement last night that the Federal government viewed seriously the position taken by the various state governments in refusing to execute the decision.

“Their actions are not founded on lawful authority and are contrary to the policy of the Federal Government, all the more so in view of the fact that the Federal Government policy has already been made into law and enforceable throughout the country,” he said, warning that the state governments could get sued by industry players for not implementing the CMCO.