Monday, February 6
You are at:Home»News»‘Govt’s top priority is Sarawakians’ health and safety’
For the freshest news, join The Borneo Post's Telegram Channel and The Borneo Post on Newswav. 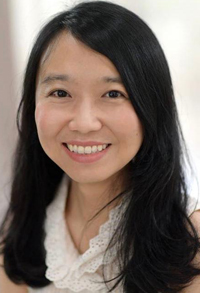 “This is evident with the Sarawak government’s stand when it didn’t agree or disagree with the federal CMCO,” she said in a statement on Tuesday.

She pointed out that Deputy Chief Minister Datuk Amar Douglas Uggah Embas had stressed that Sarawak would place public health as the priority.

“Unlike some opposition politicians who like to push the Sarawak government for an instant solution and quick exit plan, the Sarawak government knows that people are our biggest factor in fighting the Covid-19 outbreak. Any strategy that doesn’t suit Sarawak’s capacity and ability to control people’s activities will result in a subsequent uncontrollable outbreak.

“The Sarawak government acknowledged the economic impact of a delay in the opening up of businesses but stressed that the health and safety of Sarawakians is the government’s top priority. Therefore, there is a need to implement the SOPs based on Sarawak’s capacity and circumstances,” she opined.

Kho noted that the Sarawak Disaster Management Committee (SDMC) also explained that Sarawak has the power to regulate the movement of people to prevent the spread of disease, adding that this power is provided by Section 15 of the Protection of Public Health Ordinance 1998, which was enacted pursuant to the state’s legislative powers under Item 7 of the Concurrent List in the Ninth Schedule of the Federal Constitution.

She said the SDMC released the CMCO Strategy in Sarawak to ensure that the opening up of businesses and agencies will be done in stages in an orderly fashion, and be executed effectively.

“The strategy chart shows that the SOPs provided by the federal government will be refined to suit Sarawak’s conditions.

“The various stakeholders in Sarawak will then be presented with the refined SOPs and guidelines. This is to ensure these various government agencies and businesses can prepare for the opening of business and operations according to the refined SOPs. The monitoring and enforcement of the SOPs will differ depends on the zones and disease outbreak conditions,” she explained.

She stressed that fighting this invisible war requires the collective effort of all Sarawakians.

“Any rushed decision may result in casualties and a more severe economic impact than the MCO. So I stand with the Sarawak government’s careful approach and hope the people will work with us,” she added.