Saturday, April 17
You are at:Home»News»Sabah»SMC should have been ready for appointment of rubbish collection contractor – MCA 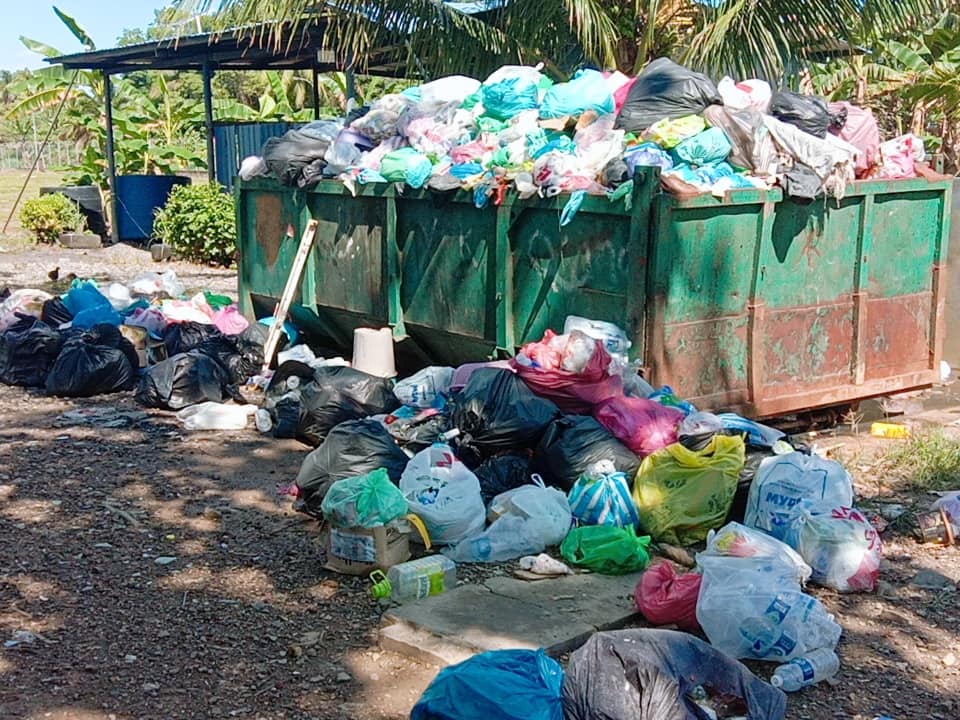 Garbage being dumped around the overflowing RORO bin at Taman Sejati in Sandakan.

SANDAKAN: The Sandakan Municipal Council (SMC) should have been ready for the appointment of a contractor to handle rubbish collection and cleanliness in Sandakan a few months before the contract of the previous contractor expired end of April, said Malaysian Chinese Association (MCA) central committee member Datuk Chew Kok Woh.

“So what had SMC been doing for the past three to four months? Normally, for cases like this, a working paper and calling for open tender for the work would have been carried out sooner.

“SMC President also said that the authority to award the above-mentioned works is not decided by SMC, but is decided and chosen by the State Cabinet. I just wonder why a rubbish collection and cleaning contract in Sandakan needs to get State Cabinet approval.

“If I am not mistaken, myself being a former Sandakan Municipal Councilor, matters like this would be discussed in the council health sub-committee and tender board sub-committee and thereafter the calling of tendering and evaluation of tender submitted.

“We are very surprised that SMC’s Chief Executive Administration, President, staff and Councilors including the UPPM (Community Development Leader) office was not fully aware of the circumstances if the contract is terminated or not renewed on time.

“The people don’t want to listen to excuses, and don’t blame on MCO (Movement Control Order) regulations as the people were only affected since March 18. The people need immediate plans and actions by the Council and not temporary action,” he said.

Chew said that in view of the Covid-19 pandemic, they appealed to SMC President to seriously look into renewing the contract of the previous contractor, but not on a month-to-month basis as the contractor would have problems with his staff under his employment.

“The contract should be renewed with certain conditions, if any, for a minimum period of three months; enough time for the SMC to do the necessary planning and arrangements on rubbish collection and cleaning in Sandakan,” he said.

Sandakan has been facing serious problem with uncollected rubbish all over the district including in residential housing areas, as well as public places.

Previously, SMC had made an announcement that the problem arose when the former contractor had rejected SMC’s offer for month-to-month renewal of contract.

The contractor company is reported to have completely stopped working since May 1, leaving SMC helpless and trying its best to perform the job with limited resources, including lack of garbage trucks.

Currently, SMC has been collecting rubbish from 345 locations as well as 30 RORO (roll-on/roll off bins) in the district with only its own three-ton and 3.5-ton trucks as well as several rented trucks.

SMC had called for the people of Sandakan to be patient as the situation would return to normal once the appointment of a new contractor is done.
Yesterday, this writer was still receiving complaints on uncollected rubbish that had overfilled the garbage bins in certain areas including Taman Sejati Mile 7, in which photos of maggots in the area were posted on social media, Facebook.