Sunday, February 5
You are at:Home»News»Villager surrenders Sun Bear to SFC
For the freshest news, join The Borneo Post's Telegram Channel and The Borneo Post on Newswav. 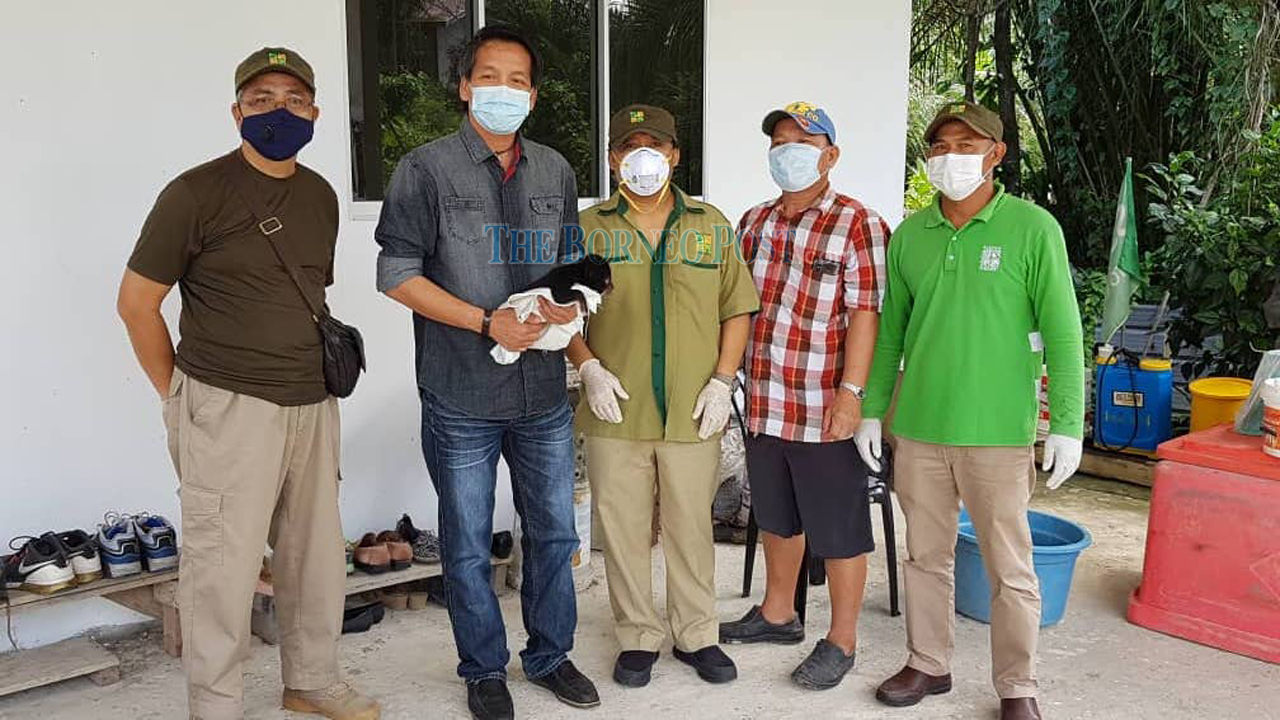 Dennis (second left) holding the baby Sun Bear before handing it over to SFC personnel after it was found by a villager in Long Liwok, Sg Layun in Ulu Baram. 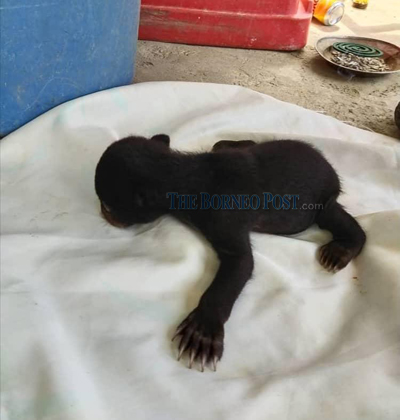 The baby Sun Bear rescued by a villager in Long Liwok, Sg Layun in Ulu Baram.

Chief executive officer (CEO) of SFC who is also the Controller of Wild Life, Zolkipli Mohamad Aton, in a press statement here yesterday disclosed that the baby Sun Bear was surrendered to SFC after the villager who found it sought advice from Telang Usan assemblyman Dennis Ngau.

Zolkipli thanked Dennis for his assistance in helping SFC in the matter.

He added that on the same day, a Mirian surrendered a Green Iguana, which is listed under appendix ii of CITES (the Convention on International Trade in Endangered Species of Wild Flora and Fauna) to SFC.

The woman told SFC that her husband had found the Iguana on the roadside near Piasau here.

“Both animals are now kept at Piasau Nature Reserve (PNR). For the baby Sun Bear, it will need to undergo rehabilitation,” he said.

“I am grateful to the people of Miri for being conscious of their responsibility in conserving our wildlife,” added Zolkipli.

He stressed that wild animals are best to be left undisturbed in the wild as part of the forest communities.

Any person who hunts, kills, captures, sells or is in possession of any protected animal without a permit from the Controller of Wild Life is an offence punishable with jail up to one year and RM10,000 fine.