Friday, January 22
You are at:Home»Columns»Just another point of view»At 20 has Sleeping Dictionary finally made it to cult status? 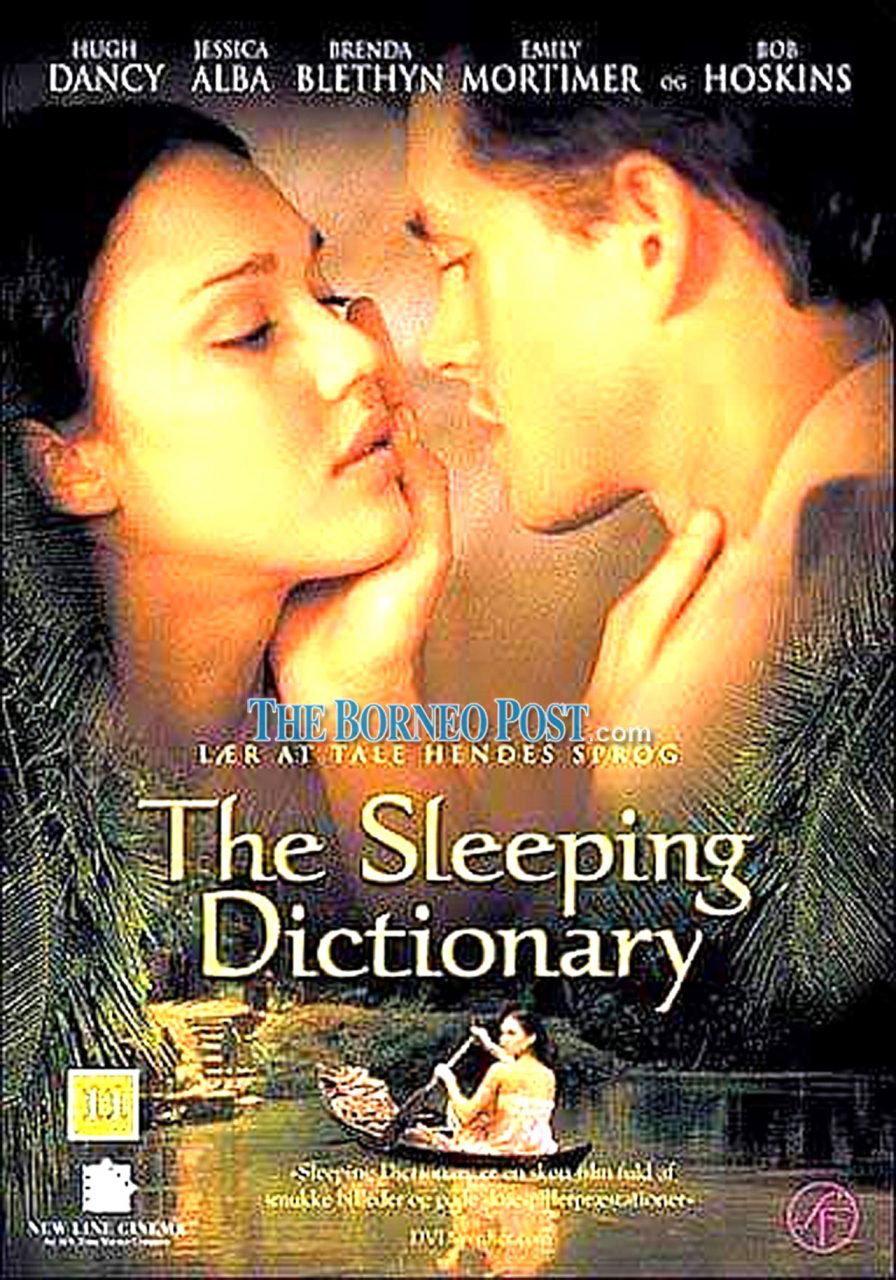 The movie was entirely shot on location in Sarawak in 2000.

I ONLY realised that this year marks the 20th anniversary of the Hollywood movie ‘The Sleeping Dictionary’, which was entirely shot on location in Sarawak over 16 weeks in the year 2000. I happened to check on my DVD copy, that I had promised a good friend just to ensure that it would play, and ended up watching the entire movie again after all these years.

Quite astonishingly age has improved it … a bit like a bottle of fine wine. It could even be on its way to become a cult classic — it is definitely the best feature movie ever to be shot here with its ‘based on true events’ storyline, authentic production values, talented cast and crew, and beautiful locations all contributing to its rather unique appeal.

In 1936, in colonial Sarawak, the British Empire used to send its young officers out to Sarawak to learn the ropes of governing their vast overseas colonies. John Truscott (Hugh Dancy) arrives as a young innocent; boss Henry Bullard (Bob Hoskins) presents him with a ‘sleeping dictionary’ Selima (Jessica Alba) in order that he learns the local Iban language fast while teaching her English in return. They quickly fall in love and complications arise out of that.

Guy Jenkin, the writer and first time director, had himself been a tourist to Sarawak in the 1980s and had fallen in love with the country and its varied cultures and  local stories, especially of tribal wars, head hunting, and customs in the Iban longhouses. When he returned to the UK, he wrote a screenplay and then sold the film project to Fine Line Pictures (who after 2001 went on to the big time with ‘Lord of the Rings’), who then green-lit it, and an amazing cast and crew of top-notch talent, together with some bright and upcoming Hollywood stars were signed on. Chandran Rutnam of Sri Lanka brought them to Sarawak and I became his production assistant as we scouted and recced for more than 17 film set locations
from Matang to Bau, from Batang Ai to Lemanak, and even more remote destinations for some beauty shots on second unit.

The cast and crew

Bob Hoskins, Brenda Blethyn, Emily Mortimer, and Noah Taylor were already well known big names in 2000. Hoskins had won a Golden Globe and Bafta for ‘Mona Lisa’ and was famous for ‘The Long Good Friday’ and ‘Who Framed Roger Rabbit’. Blethyn had won both Golden Globe and Bafta for ‘Secrets & Lies’. Other actors were Eugene Salleh from England, and Filipino American Junix Innocian from USA.

There were dozens of specialised construction workers for the film sets from Sri Lanka and Peninsular Malaysia as well as others in the various production departments — art, sound, special effects, stunts, camera and electrics, costume, wardrobe, hair, script, and logistics. At one stage, we occupied 75 per cent of the rooms at Hilton Kuching and other surrounding hotels like Merdeka Palace, Borneo, and Telang Usan. Our eventual logistics transport had included over 110 vehicles, various boats, and diving crew, as well as what we call ‘picture vehicles’ (those shown in the movie).

A very young orang-utan named Prang was ‘on loan’ from the Matang Rehab Centre at great cost; so were the ponies used for the gold mining scene and water buffalos for the compound scene at Matang. There were a lot of last minute panic-button situations, which had put our locals on a spot but somehow we managed to overcome all of them.

I must admit that all this happened long before the state government and the Tourism Ministry had decided to create a one-stop-centre; as the associate producer I had to personally deal directly with Immigration, police, Customs, and other authorities including local councils on getting various permits and approvals for every single crew and cast member, and for every logistical movement. My usual working hours began at 4am (for Crew Call at 6am) and rarely did I get home till midnight. We had a six-day week and there were some night shoots as well. I am personally most grateful to all the people I had dealt with at the time.

It took us over four weeks to scout and recce all the eventual locations before they were locked in. The two major ones were what we called ‘the compound’, where the offices and living quarters of the colonials were sited, which we found at a foothill near to the Red Bridge at Matang. We constructed three main buildings and a school house shed as well as outdoors toilet facilities and parking capacity for 100 vehicles. It was no easy task.

The biggest location was the longhouse we had built on a curved bank of the Sungai Lemanak in the second division, about half an hour’s drive from the then Hilton Batang Ai Hotel. It had cost almost RM200,000 and was a total replica of a 1930s Sarawak longhouse; but for filming purposes only the façade of the part facing the river was actually built; we had to strike it down right after filming. The locals wanted us to leave it behind but it wasn’t built to last and would have posed a danger to the dwellers there after a few more months being exposed to the
tropical elements of sun and rain.

There were at least another dozen great scenic locations of which the more memorable ones were at the Buntal jetty (we dressed up the village house that was producing belacan); various waterfalls and mountains; and of course the natural beauty of Sarawak had all the limelight — imagine the amount of continuous free publicity/advertising for our tourism industry if the film had been a big hit!

The film went straight to video in 2003, it was never released theatrically. Up till today, it still garners gushing reviews online, and on www.imdb.com, one of the two best reviews said, “If you have ever dreamed of an adventure in Borneo, watch this first, it will convince you of the beauty and the need to go. This was well done and gave a unique glimpse into a people, who are still very much the same to this day (minus the actual headhunting).”

The best one, which I’ll conclude with, said, “We were impressed by all aspects of it — particularly the substance of the script — it was a brave script that should have made people uncomfortable because of the swipes taken at British colonialism and what that evil did on a personal level to everyone concerned. I was moved by all the decisions that the characters faced throughout the film. A brave film — go look for it!”