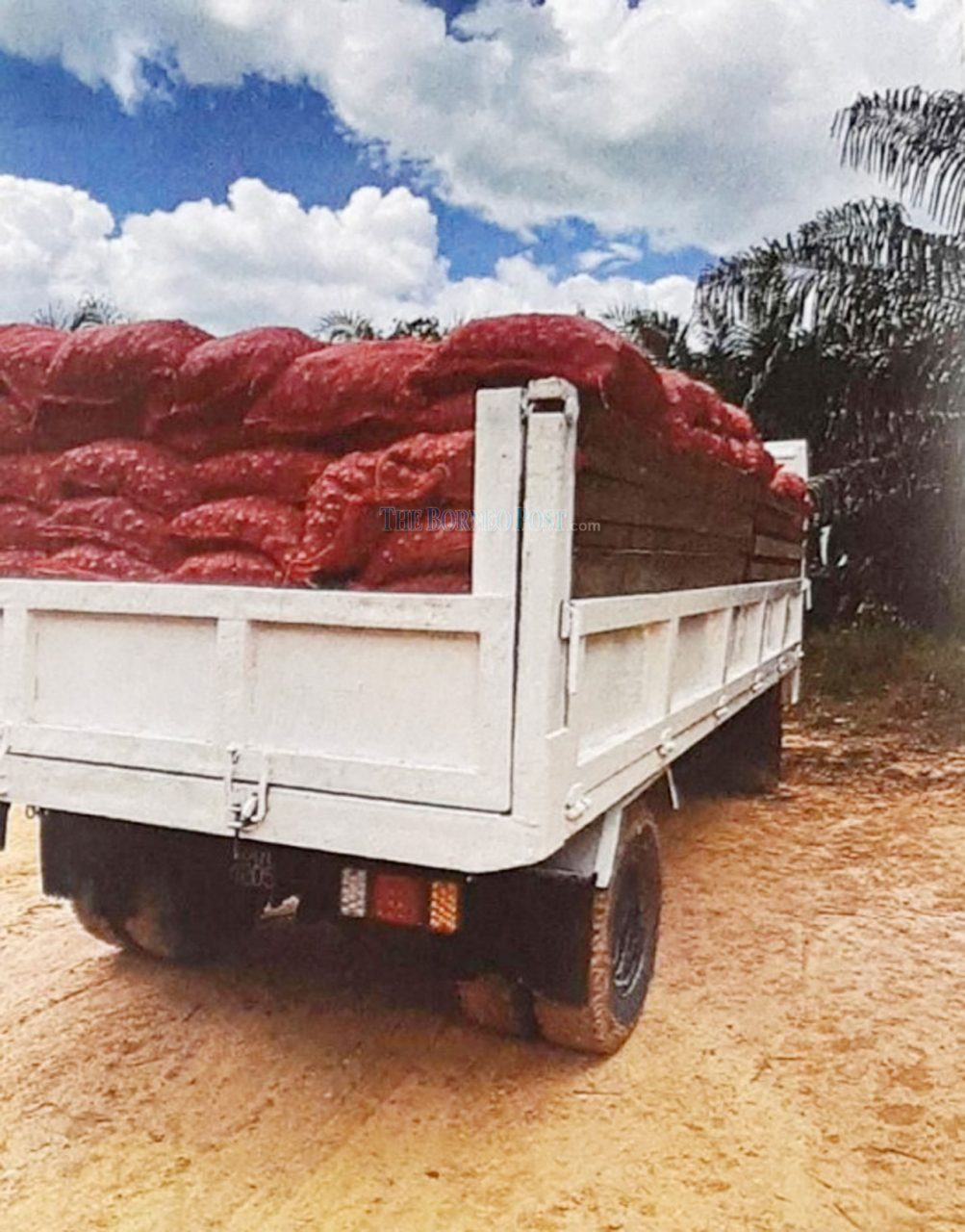 The seized lorry with the onions.

KUCHING: The Sarawak General Operation Force (PGA) has foiled an attempt by ten male suspects to smuggle out 328 gunny sacks of red onion (20kg each)  across the Malaysian border to Indonesia on May 7.

He also said none of the suspects managed to produce relevant documents and valid permits for the onions.

Also seized were the lorry and one pickup truck taking the total seizure (including onions) to RM132,500.

All of the suspects and the seized items were later handed over to the Bau District Police.

In a separate raid on May 6, PGA personnel from the 11th Battalion managed to seize six cooking gas cylinders worth RM1,200 in Bunan Gega, Serian around 6.35pm.

“We also believe that these gas cylinders are intended to be smuggled out of the country,” said Sahamran.

However, no arrests were made as the gas cylinders were abandoned near the border.

They were later handed over to the Ministry of Domestic Trade and Consumer Affairs.

Both cases will be investigated under the Control of Supplies Act 1961.