Wednesday, July 6
You are at:Home»News»SDMC allows economic sectors to operate on May 12 in Sarawak according to SOP 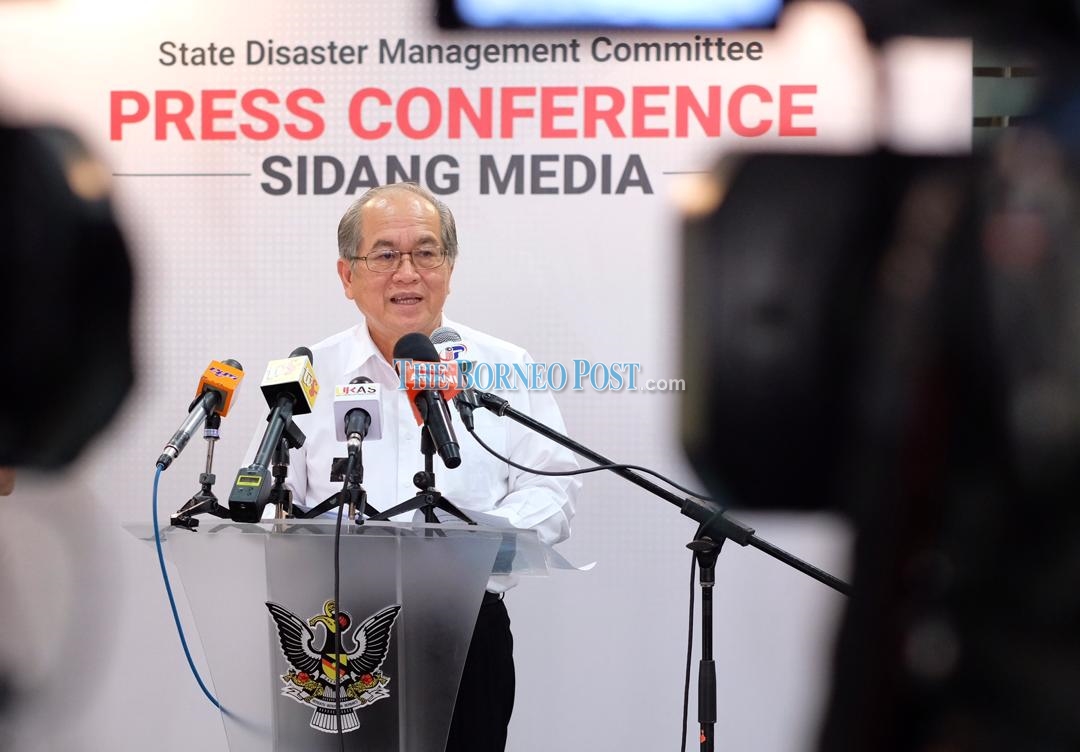 KUCHING: The State Disaster Management Committee (SDMC) has announced that it will allow the reopening of various economic sectors in Sarawak on May 12.

Deputy Chief Minister Datuk Amar Douglas Uggah Embas, who made the announcement today at a special press conference, said that the standard operating procedures (SOP) to follow will be published in newspapers tomorrow (May 10) and SDMC would also notify the various stakeholders and industry players of the decision.

“After analysing the report from the Sarawak Health Department, SDMC has decided to allow the economic sectors throughout Sarawak to operate normally starting May 12.

“Those that wish to operate their businesses come May 12 will only need to notify SDMC of their decision,” he said.

Inter-district travel is still not allowed until further announcement from the authorities.

Uggah pointed out that not all economic activities and businesses will be allowed to operate beginning May 12.

He said a list of prohibited businesses and activities will be published in the newspapers for two days starting tomorrow along with the SOP.

Uggah said the SOP has been prepared outlining the operating hours for each economic sector.

“There is a standard operating procedure to be introduced and for example, dining places will be allowed to operate from 7am to 10pm. Each economic activity will have their own operating hours permitted,” he said.

Previously, businesses were only allowed to operate from 7am to 7pm daily due to the urgent need to contain Covid-19 outbreak in the state, unless approvals are given by the committee to operate beyond the hours.

Earlier, Uggah said SDMC had deliberated on the six criterias set by the Health Department in its report before deciding to allow economic activities in the state to resume.

Sarawak Health Director Dr Chin Zin Hing explained the first criteria was achieving a weekly incident rate (WIR) of 1.38 in Sarawak on week 18 since March 18, which is close to the national WIR of 1.32.

The second criteria, Dr Chin explained is the capacity of health facilities for screening, isolating and tracking down all identified close contact in the state are sufficient.

This includes shortening the lab testing time to between 48 and 72 hours, ample quarantine centres, preparedness of the Sarawak General Hospital (SGH), Sibu Hospital, Bintulu Hospital and Miri Hospital, and the development of the CovidTrace application by Sains and Sarawak Multimedia Authority (SMA) to track down suspected close contact cases.

The third criteria Dr Chin explained is the state managed to minimise the risk of pandemic for health facilities and nursing homes.

He said strict guidelines have been implemented to reduce the risk of infections among healthcare workers.

For nursing homes, he said apart from ensuring the SOP is adhered to, screenings will also be done to the inmates.

The fourth criteria involves prevention measures at workplaces, schools and other public places such as supermarkets, he said.

The fifth criteria, Dr Chin explained, is to limit entry of foreigners into the state and stricter border control, and to isolate and quarantine Sarawakians coming back from overseas, while issuing Stay Home Notices to those coming back from the peninsula, Sabah and Labuan.

The last criteria is educating the community on the new norm which is to be practiced throughout the pandemic period, he explained.