Sunday, January 29
You are at:Home»News»Nation»CMCO: Visiting allowed during festivities, but number of visitors capped at 20 – PM
For the freshest news, join The Borneo Post's Telegram Channel and The Borneo Post on Newswav. 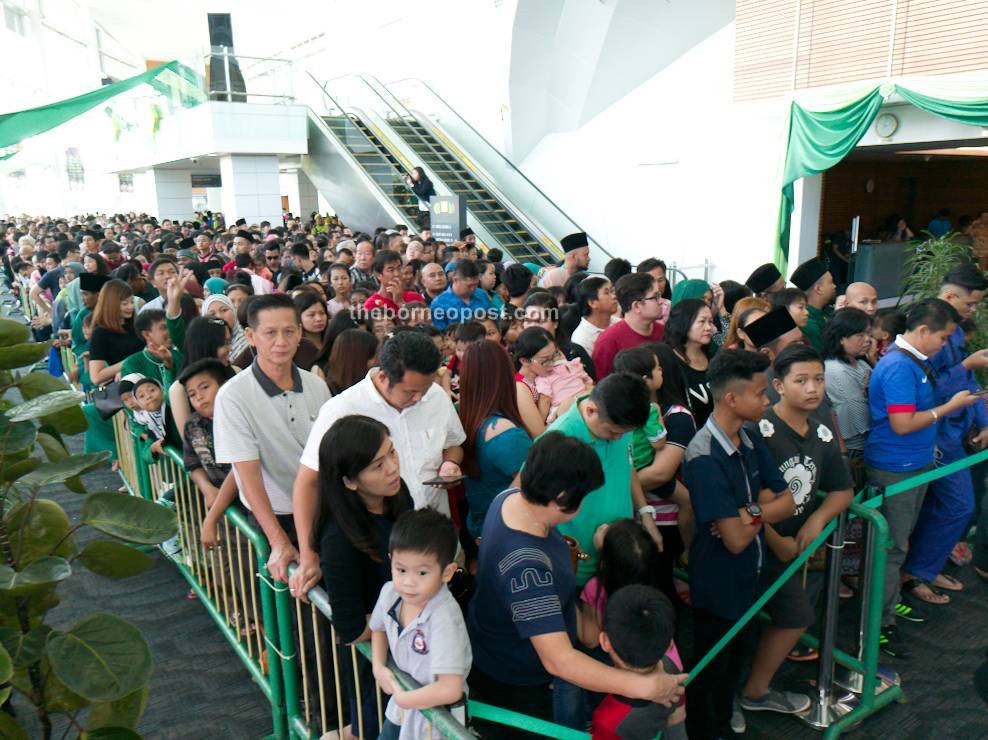 Malaysians can still visit each other during Hari Raya Aidiltri, Kaamatan and Gawai during the now extended Conditional Movement Control Order (CMCO) period, but the number of visitors allowed at one time must be capped at 20 persons. – File photo

KUCHING: Malaysians can still visit each other during Hari Raya Aidiltri, Kaamatan and Gawai during the now extended Conditional Movement Control Order (CMCO) period, but the number of visitors allowed at one time must be capped at 20 persons.

Prime Minister Tan Sri Muhyiddin Yassin, who said this when announcing the extension of CMCO, said visitations are only allowed among close neighbours and family members living in the same state and health standard operating procedures (SOPs) must be observed.

“There is no need to hold big feasts and open houses during the celebrations. Each family must comply with health SOP such as practising social distancing, wearing face masks, and use hand sanitisers.

“Always ensure the house is clean, and wash kitchen utensils after being used to serve the guests. The Ministry of Health also advise all of you to avoid crowded or confined spaces. If you need to chat with your guests, watch your distance and do not tsit too close with each other,” he said.

The CMCO which was supposed to end on May 12, is now extended to June 9 at the same time these three festivities will take place.

On interstate travel, Muhyiddin said the federal government will loosen interstate travel regulations for working spouses living in separate states in order to reunite them with their families as many of them had not seen each other for close to months since the start of the movement control order (MCO) on March 18.

“So the government has decided to give leeway to husbands or wives to travel to meet with their families.

“For travel involving interstate travel to Sabah and Sarawak, I appeal to the state government to allocate the same leeway,” he said, adding that applications for travel permission can be made via the Gerak Malaysia app or the nearest police station.

On religious gatherings, Muhyiddin said the rules are being fine-tuned and the government will make an announcement in the near future.

“On congregational prayers at mosques, including Friday prayers, the Islamic Development Department of Malaysia (Jakim) is fine-tuning certain standard operating procedure (SOP) for the congregation.

“God-willing, after the SOP is finalised and presented to the Yang di-Pertuan Agong and the rulers who are the head of Islam and at federal and state levels, as well as given royal assent, the government will announce permission to hold congregational prayers,” he said.

Likewise, he said a similar SOP will be applied to other houses of worship including churches and temples.

“The government will also announce the SOP for non-Muslims to pray at their respective houses of worship,” he said.

Previous ArticleAsfia: No debate on Supplementary Supply Bills to be tabled during DUN sitting tomorrow
Next Article Covid-19: One positive case recorded in Sarawak today, total at 543