Tuesday, August 11
You are at:Home»World»Putin says Russia ‘invincible’ when united 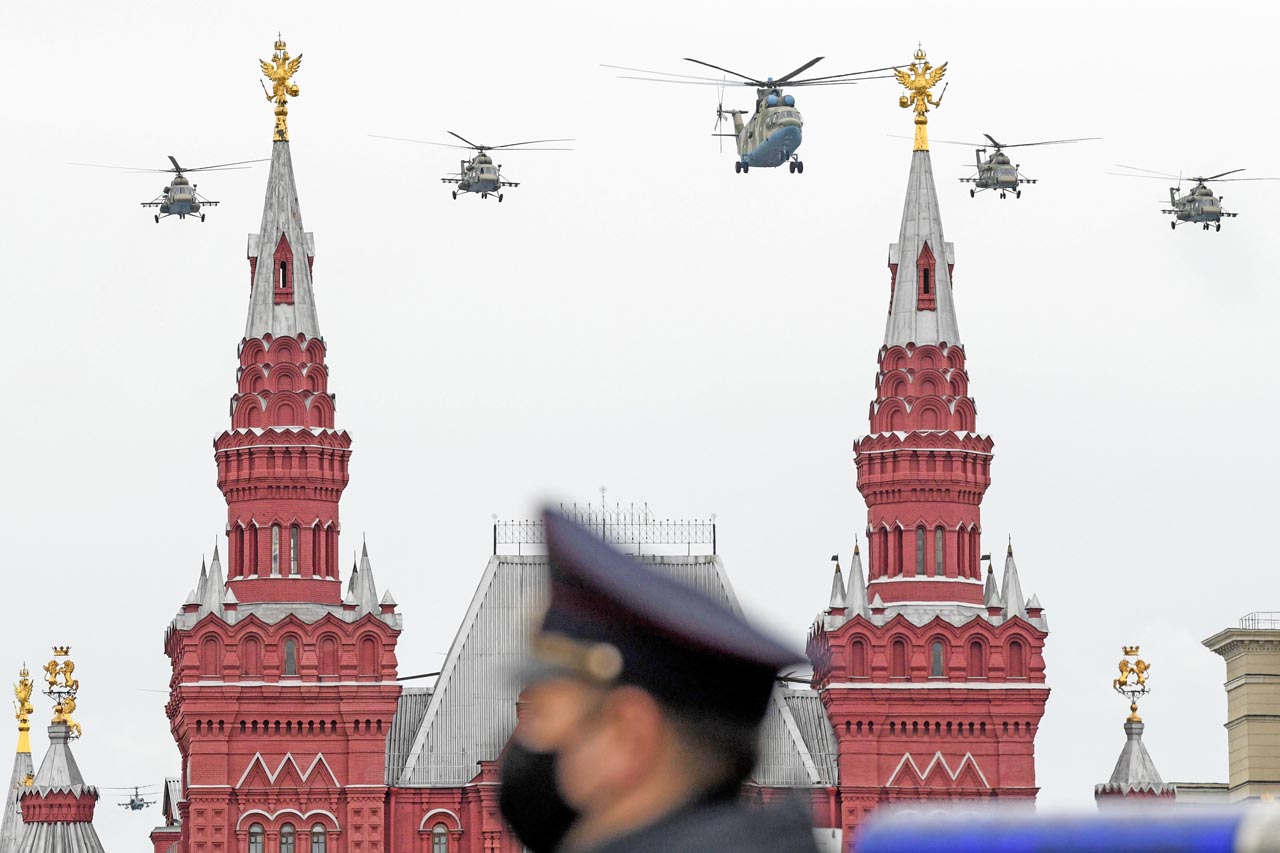 Russian military Mil Mi-8 and a Mil Mi-26 helicopters fly over the Kremlin and Red Square in downtown Moscow to mark the 75th anniversary of the victory over Nazi Germany in World War Two. — AFP photo

MOSCOW: President Vladimir Putin called for Russians to stand together yesterday as the country marked the 75th anniversary of the end of World War II on lockdown over the coronavirus.

“We know and firmly believe that we are invincible when we stand together,” Putin said in a televised speech after plans for a grand Victory Day military parade in Red Square had to be postponed because of the pandemic.

Putin made no mention of the coronavirus in his speech, despite Russia having the fifth-highest number of confirmed infections in the world, with nearly 188,000 cases as of Friday.

But parts of his speech hinted at the struggle Russians are facing against the pandemic.

“Our veterans fought for life, against death. And we will always be equal to their unity and endurance,” Putin said.

Huge celebrations had been planned for this year’s anniversary, with Putin flanked by world leaders as he presided over a procession of military hardware and 15,000 troops parading through Red Square.

But as the coronavirus spread around the world and eventually hit Russia, the Kremlin grudgingly accepted last month that the celebrations would not be possible and postponed them to later this year.

Putin instead laid flowers at the Eternal Flame outside the red brick walls of the Kremlin and gave a solemn speech highlighting the sacrifices made by the Soviet Union in what Russians call the Great Patriotic War.

A ceremonial honour guard marched past Putin after his speech, as Russian television showed images of Red Square empty nearby.

Military helicopters, bombers and fighter jets then flew over the city, in the only display of military might in the capital for this year’s anniversary. — AFP 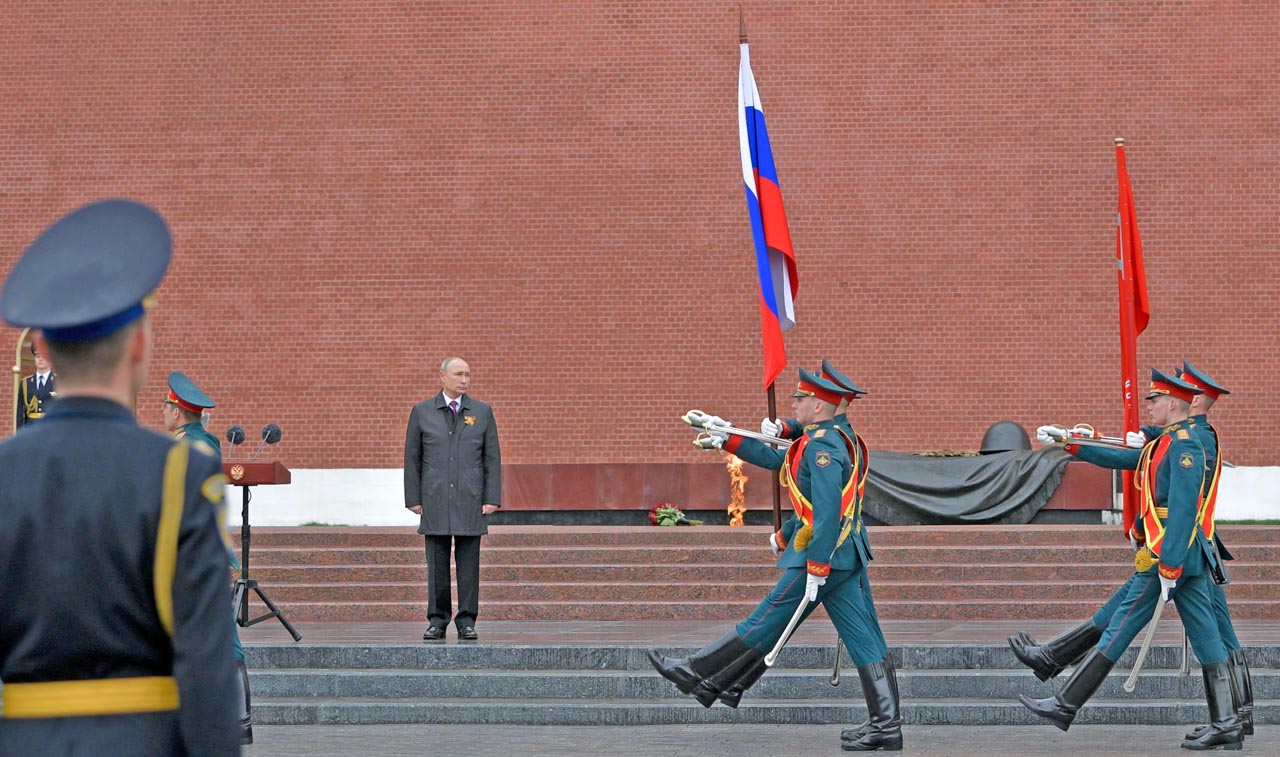 Putin attends a flower-laying ceremony at the Tomb of the Unknown Soldier memorial by the Kremlin wall to mark the 75th anniversary of the victory over Nazi Germany in World War Two. — AFP photo