Friday, July 30
You are at:Home»News»Cautious first day for businesses waking up to CMCO in Kuching (Video)

KUCHING: Some businesses here are in no hurry to re-open although almost all economic sectors are allowed to resume in Sarawak today after being closed for about two months under the Control Movement Order to stop the spread of Covid-19 cases.

The federal government had implemented the Conditional Movement Control Order (CMCO) last Monday but Sarawak had decided to only implement it today after it had fine tuned the Standard Operation Procedure (SOP) for the resumption of businesses.

Anna Chui, who owns a family-run bakery at Kai Joo Lane, said she’s not taking any chances to open until she is confident that her premises can receive customers safely in line with the SOP set by the Sarawak Disaster Management Committee (SDMC). 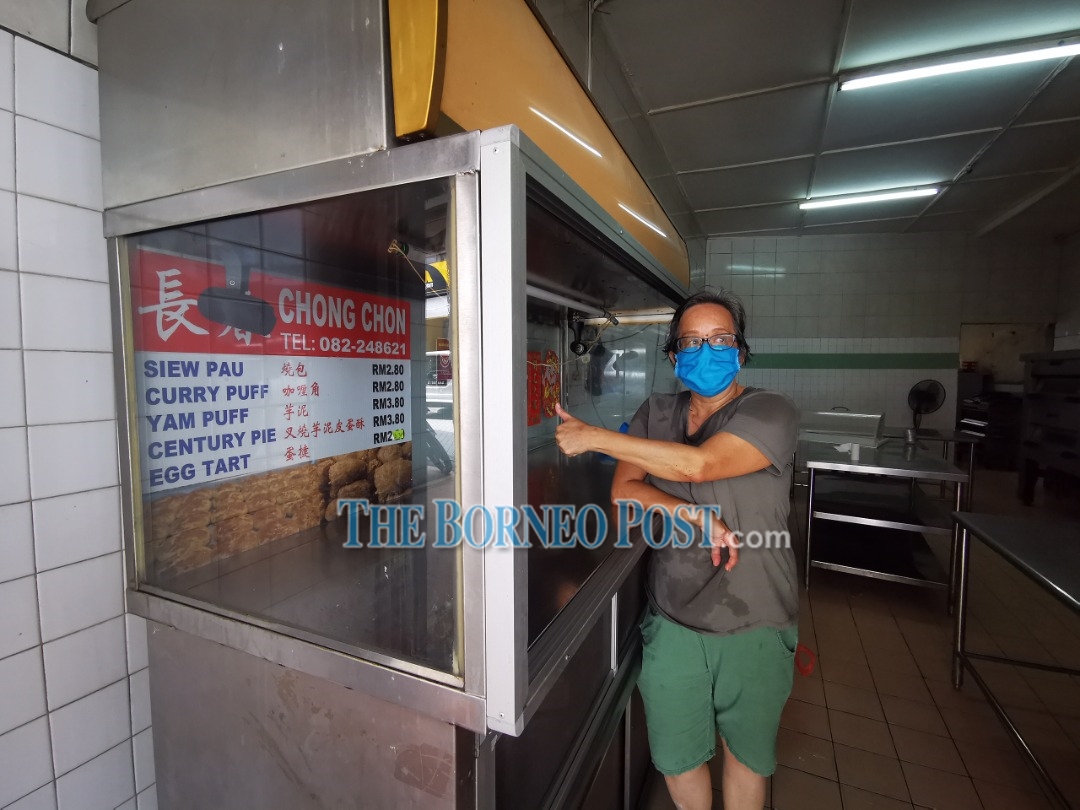 Anna Chui taking time from cleaning her shop to talk to The Borneo Post.

“We will only open up for business starting this Friday (May 15) from 8am to 4pm. But these few days we are doing cleaning of the shop to make sure it is hygienic for customers. Even after we are open, we will only offer takeaways, no dine-in,” she said when met this morning as she was cleaning her shop.

Chui hopes that the economic situation in the state would recover soon because many businesses like hers had their incomes affected as they have not been open for businesses for almost two months, since March 18.

“I hope people can come and support us when we are open later,” she said.

At a fabric shop at the India Street Pedestrian Mall, its owner Shajahan Syed Ahmad said he did not expect business to be fully running at the popular pedestrian mall for at least a couple of days because several businesses there were still not aware of the CMCO. 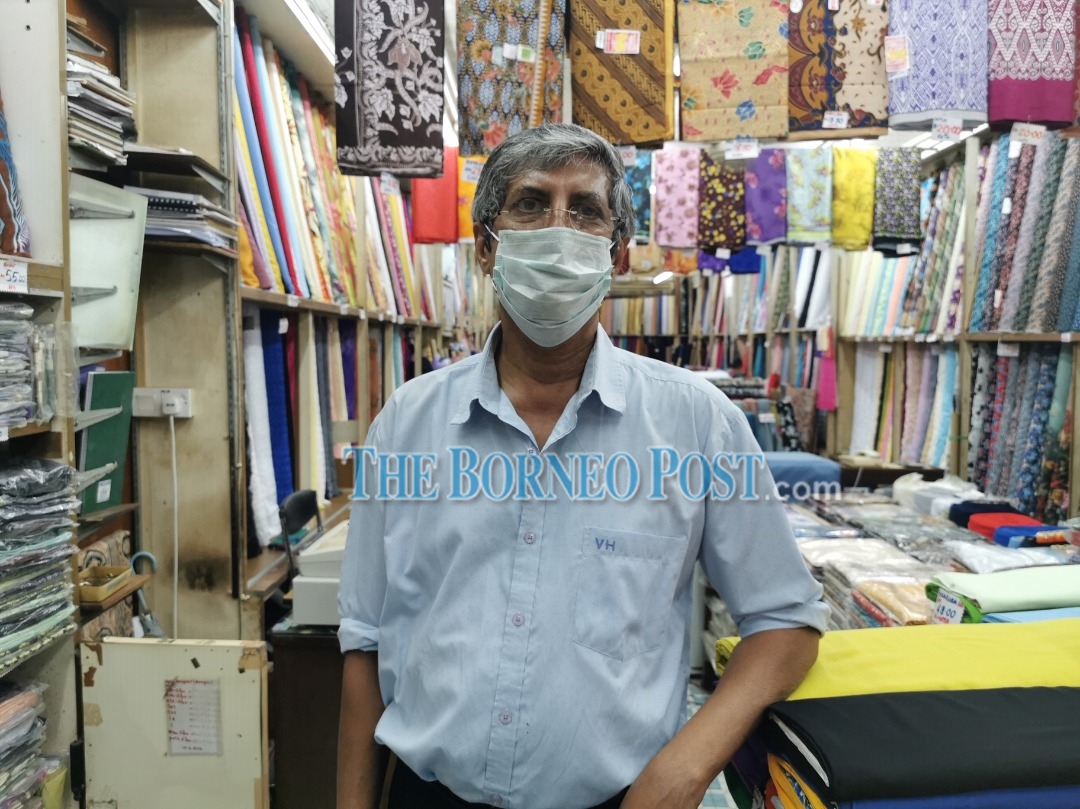 “I think a lot of people are still not aware of the CMCO starting today, still thinking we are still in ‘lockdown’,” he said.

He said his shop was opened today for cleaning and preparation only because it had not been opened for almost two months since March 18 when the Movement Control Order (MCO) was enforced.

“The shop was closed for almost two months, and it’s all dusty. We have to clean up everything. We will ensure that all SOP mentioned by the SDMC we will follow.

“We are cleaning the shop with disinfectant, put some markers on the floor at least 1 meter apart for social distancing, and check the body temperatures of our workers at least three times a day.

“We will also check the temperature of every customer before they enter the shop, at the same time prepare hand sanitisers for them to apply as well as face masks in case they don’t have them,” said Shajahan.

On that note, he said businesses should not be allowed to display their products outside their premises because this could disrupt the social distancing SOP.

He said because the products displayed are occupying most of the space on the pedestrian mall, customers had to walk close to each other.

“I hope the authorities can look into this,” he said.

Shajahan also thanked SDMC and the government for their effort in curbing the Covid-19 pandemic, as well as giving out aid to the business community affected by the MCO.

“The government has done a good thing. They have studied the situation well and implemented the more relaxed CMCO in an orderly manner.

“Hopefully things will improve, and when the CMCO is lifted after June 9 maybe we can be back to normal so we can make up for what we have lost.

“But most important is not the money because even if we have money but our health is not good, there is no point,” he said.

A customer at the pedestrian mall, Shukri Hamid, said although the SDMC has set up the SOP to be followed by the businesses allowed to operate during the CMCO, several members of the public were still ignorant of the SOP. 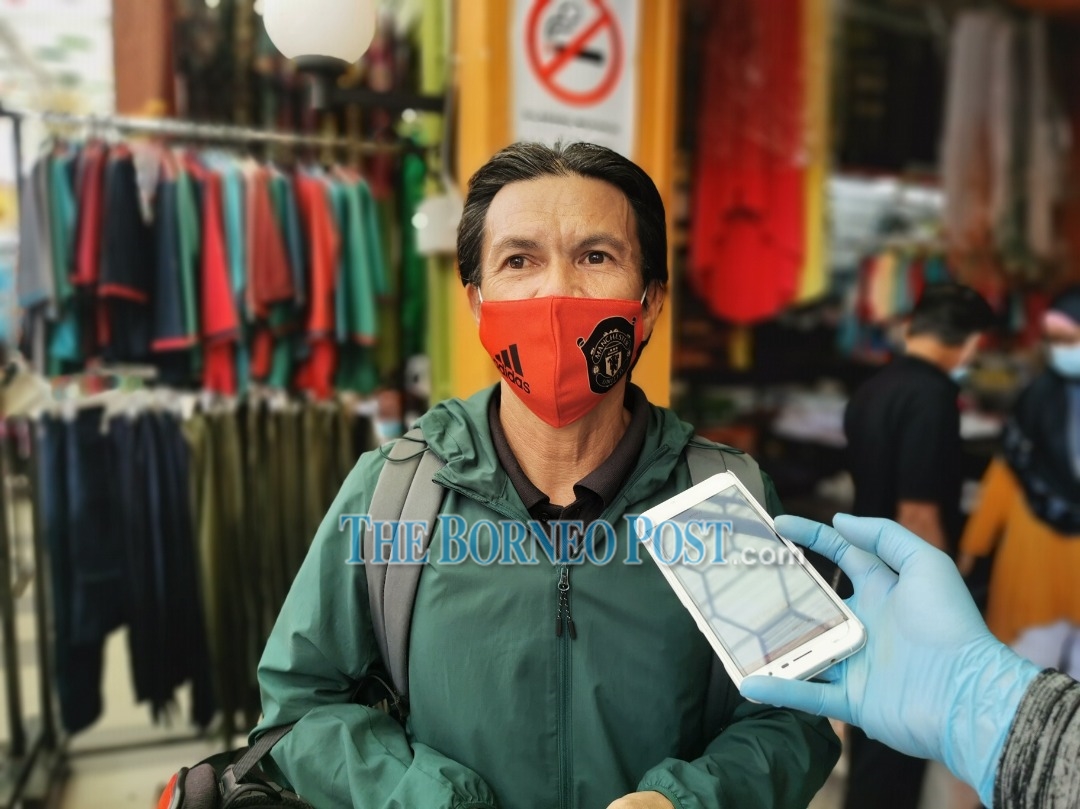 He said the businesses may comply with the SOP but if the public does not, then there was no point implementing the CMCO.

“For example, I went to the Kuching General Post Office earlier this morning, even when the social distancing measures are in place, many people queuing I saw did not follow the measures.

“I think it is the mentality and discipline of some of the people. They think since the government has relaxed ruling in CMCO, everything is alright now. It is not alright yet. Kuching is still in the red zone,” he cautioned.

The mall’s Bata franchise shoe shop owner Lily Tnay assured that her shop would strictly implement the CMCO SOP down to the letter. 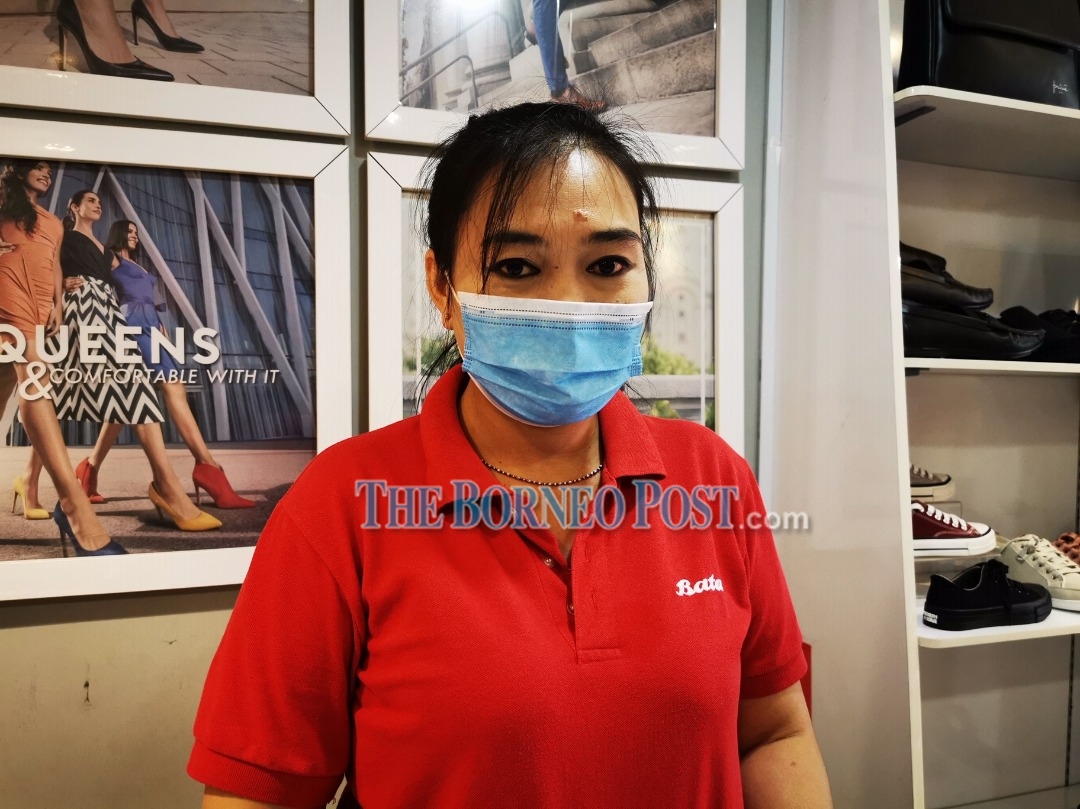 “Then we will take their names and contact numbers before they can continue shopping in our shop,” she said.

Meanwhile at Plaza Merdeka Shopping Mall nearby, its management has set up screening points at the main entrance and the basement entrance of the mall.

Customers had their body temperature scanned and their names and contact details taken, and security personnel advised them to wear their face masks before letting them into the mall. 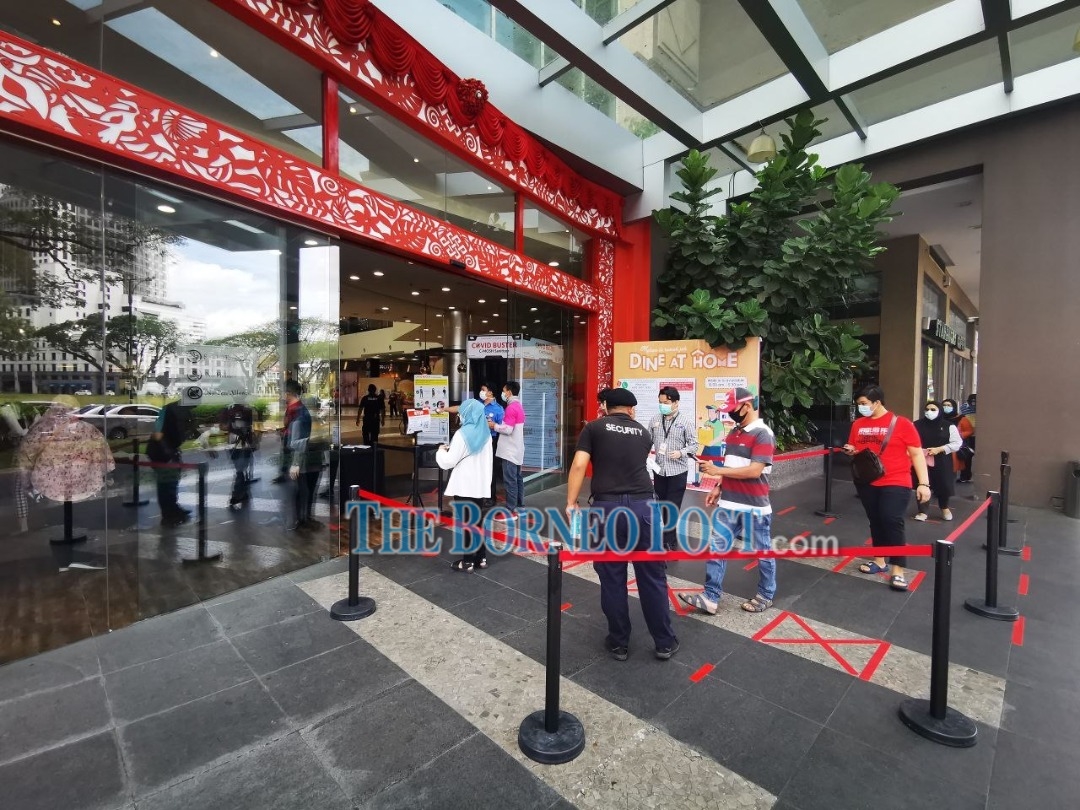 Shoppers queuing up to be screened at the main entrance of Plaza Merdeka Shopping Mall.

Plaza Merdeka Holdings Sdn Bhd director Datin Anriza Wong Cordero said the management always carried out the SOP before allowing their traders and staff, as well as customers to enter the complex.

According to her, on the first day of re-operation, about 70 per cent of the traders opened the business while the rest did not operate because they have not carried out the cleaning work on their premises.

“Even the hair salon, children’s toy shop and massage shop are not allowed to open because they are at risk of being exposed to the Covid-19 outbreak,” she said, adding that the mall is open daily from 10am to 8pm throughout the CMCO period.