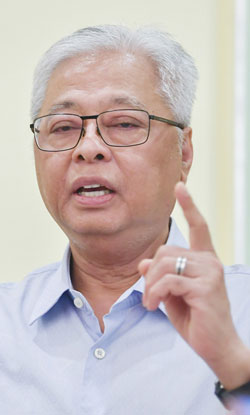 “Even when the country was not hit by the Covid-19 outbreak, many operations had been conducted by security forces to detect them.

“The operation is not only implemented during MCO or EMCO, it is a continuous process to flush out illegal immigrants,” he said in the daily CMCO media conference here yesterday.

“The government believes after the CMCO ends, the operation to track down illegal immigrants would continue to be held. It is not related to the Covid-19 pandemic or the implementation of the control order by the government,” he said.

Asked on the stand of the government on the entry of undocumented foreigners, Ismail Sabri said the country’s laws on immigration is similar to most countries.

“No countries will give undocumented people the freedom to enter as they like.

“The issue is also faced by our country, so if foreigners who do not have valid documents are caught, action would be taken,” he said.

Ismail Sabri said the country’s legislation on combating illegal immigrants is clear and the government is merely implementing the existing laws. — Bernama