Wednesday, July 8
You are at:Home»News»Sarawak»Trader compounded RM1,000 for sugar without price tag 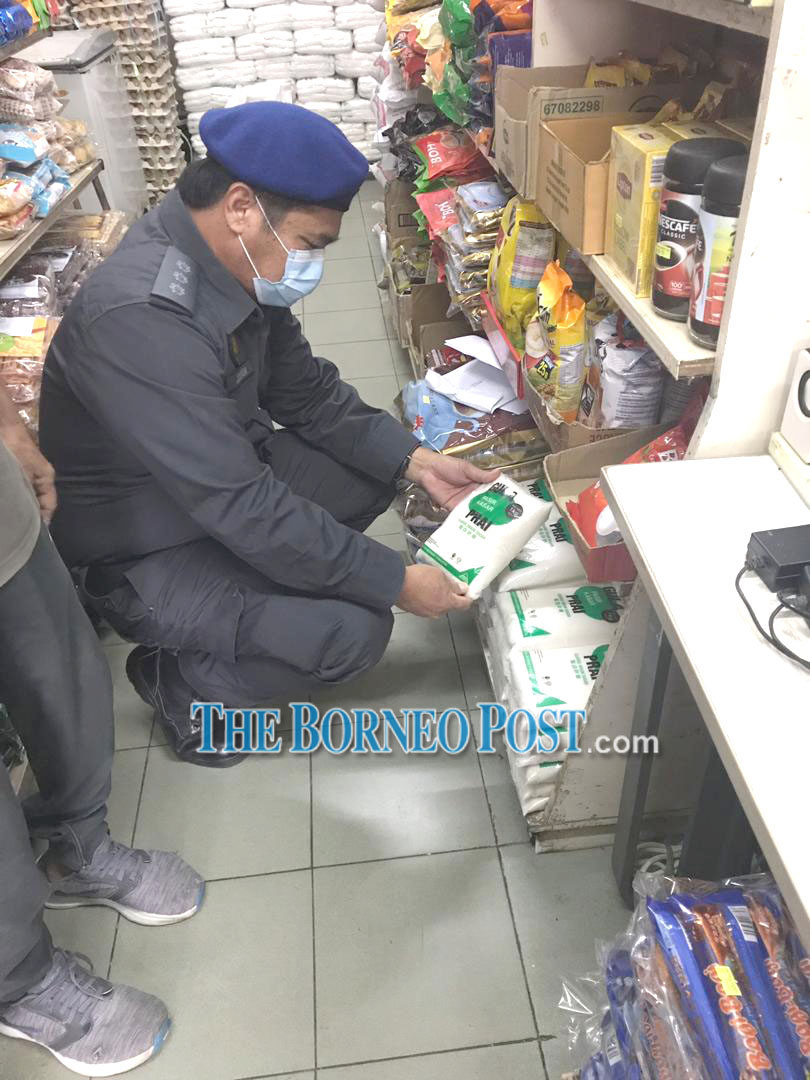 An enforcement officer conducts spot check at the premises.

MIRI: A trader in Lawas was compounded RM1,000 for failing to display price tag on coarse sugar, a controlled item, in his premises last Friday.

Head of the Ministry of Domestic Trade and Consumer Affairs Limbang, Pulnama Tarah said the enforcement team in Lawas also seized RM96.90 worth of sugar.

“The compound was issued under Order 3 (1) Price Control Order (Indication of Price by Retailer) 1993.

“Although it was the trader’s first offence, a stiffer penalty was taken as a warning to all traders not to take advantage of the Movement Control Order (MCO) by not putting price tag in either Malay or English for all their goods,” he said in a statement yesterday.

Pulnama urged traders to always practise ethical business practice so as to avoid legal action taken against them.

Meanwhile, the ministry inspected 2,081 business premises in both urban and rural areas here so far this year, and seized over RM1.48 million worth of goods from 31 cases, and compound of RM5,250.

From the total figure, two cases fall under the Supply Control Act 1961, 15 cases under Price Control and Anti-Profiteering Act 2011, seven cases under Weights and Measures Act 1972, six cases under the Trade Descriptions Act 2011, and one case under Consumer Protection 1999.

Purnama added there is enough supply of essential items for Ramadan, Hari Raya Aidilfitri and Gawai Dayak this year.