Wednesday, November 30
You are at:Home»News»Uggah: No ‘ngabang’, house visiting this year for Gawai and Hari Raya 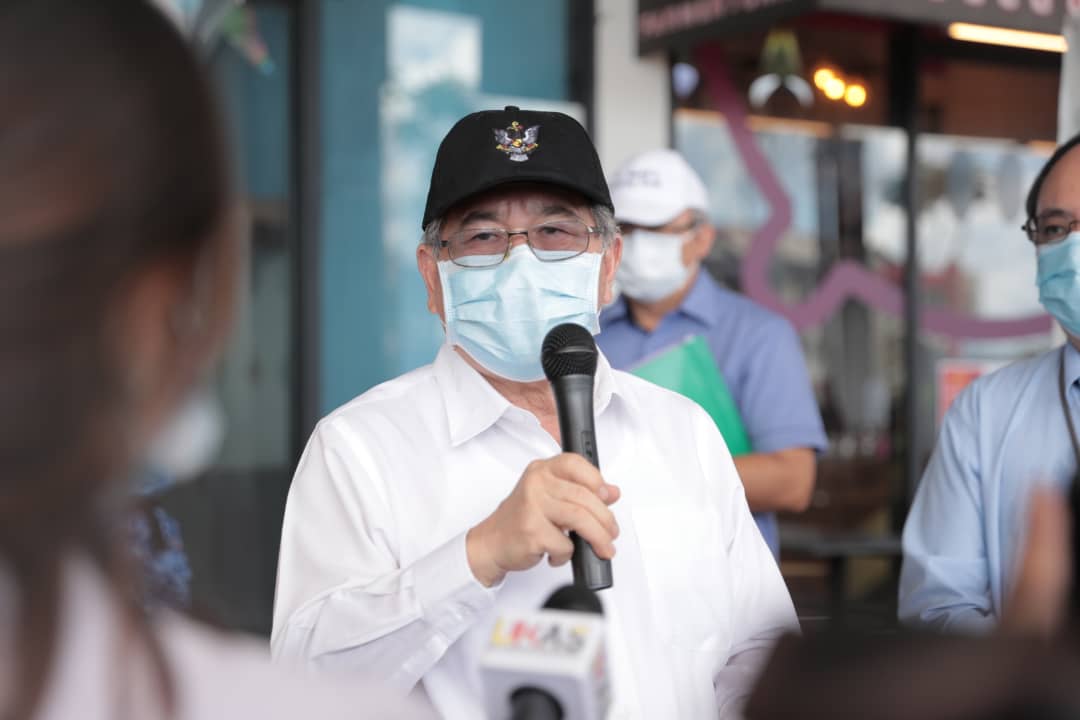 KUCHING: Deputy Chief Minister Datuk Amar Douglas Uggah Embas today reminded Sarawakians that they were not allowed to go for ‘ngabang’ or house to house visiting during the coming Hari Raya Aidilfitri and Gawai celebrations.

Uggah said he had to made this point clear after many Sarawakians still thought they could go visiting on the first day of Hari Raya and Gawai while the Conditional Movement Control Order (CMCO) is still being enforced.

“There are people who interpreted that we (the state government) will allow 20 persons to go ‘ngabang’ to one person’s house. That’s why I want to emphasise here that house to house visiting is not allowed.

“But we allow family members to be together, within a day with not more than 20 people during the festivity,” he told a Covid-19 update today.

Uggah, who is also Sarawak Disaster Management Committee (SDMC) chairman, said there were still “misunderstandings” over the standard operating procedure (SOP) for Hari Raya and Gawai festivities during the CMCO period despite announcements and clarifications made by him for the past two days.

“I would like to stress that there cannot be any form of celebration as usual including to hold open house, visit graves, tahlil prayers and any feast be it for Hari Raya or Gawai,” he said.

Yesterday, Uggah had announced that ‘balik kampung’ (returning to home town) practice which involves travelling from one district to another district, and shaking of hands and touching are among activities not allowed for Hari Raya and Gawai this year due to the CMCO.

On another matter, Uggah who is also minister of charge of Unit for Other Religions (Unifor) said the unit is also still working out the SOP for religious gatherings in churches, temples and other houses of worship.

He pointed out the mechanism for these houses of worship will not be the same with the SOP for mosques.

He mentioned this when asked to comment on the announcement made by Sarawak Islamic Council (MIS) president Datu Misnu Taha earlier today that ‘solat Jumaat’ or Friday prayers will be allowed in mosques and suraus in Sarawak from next week for a limited number of congregants.

Uggah also gave a special message in conjunction with the International Family Day celebrated today, in which he said it was more crucial now than ever before for all families to keep each other safe.

“We would like to thank grandparents, parents, guardians, sons, daughters and close family friends for protecting one another. Thank you for promoting the awareness of the new normal.”