Saturday, July 11
You are at:Home»News»Sabah»Couple among 61 held over drugs 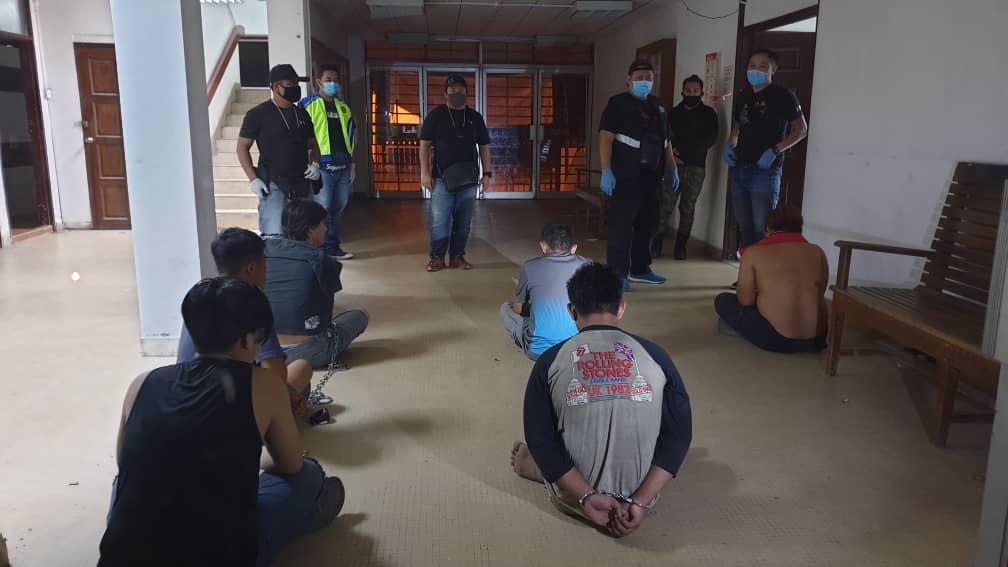 Among the drug suspects detained for investigation in the week-long operation conducted by AADK.

KOTA KINABALU: Sixty-one people, including a couple, were detained by the National Anti-Drugs Agency (AADK) during a week-long operation early this month.

Sabah AADK director Abdul Hamediee Ibrahim said the operations, conducted in nine districts within the state between May 6 and 14, were based on public complaints about drug activity taking place within their areas.

“Following such complaints from the general public, we carried out several operations and detained 61 people comprising 58 men and three women.

“Among those detained were a couple and a 17-year-old school dropout,” he told a press conference at the Sabah AADK office here yesterday.

Abdul Hamediee said AADK only managed to carry out their operations early this month due to the movement control order (MCO).

“Once the MCO was relaxed and after we received instructions from headquarters, we immediately launched several operations to tackle drug activities in the state.

“All 61 suspects, aged between 17 and 61, had their urine tested which came back positive for drug abuse.

“They are currently being detained for investigation under Section 3(1) of the Drug Dependants (Treatment and Rehabilitation) Act 1983,” he said.

Abdul Hamediee said the agency would be carrying out more operations in the near future and thanked the public for their cooperation with the agency.