Monday, March 1
You are at:Home»News»PSB leaders back Wong’s stand for state government to re-examine 2020 budget

KUCHING: Parti Sarawak Bersatu (PSB) leaders have given full support to their president Dato Sri Wong Soon Koh on the need for the state government to re-examine the 2020 budget, as the revenue to be collected from the sales tax of five per cent on oil and gas (O&G) amounting to RM2.878 billion is questionable and may not be forthcoming.

In the joint statement, the leaders said they also supported Wong’s statement about asking the Sarawak government to take immediate steps to review development initiatives for 2020 in order not to put excessive strain on the state’s financial resources. 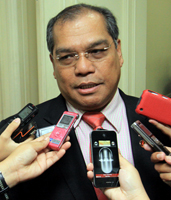 PSB Tasik Biru chairman Datuk Dr Tiki Lafe said PSB members felt that the state government might have wrongly perceived Wong’s statement was an attempt to oppose the government for the sake of opposing the 2020 budget development programmes.

He recalled that the Chief Minister, in his winding-up speech delivered on Nov 17, 2017 clearly stated: “I stand to be guided and corrected in policies. I do hope that those in the know would come forward and give their advice to the government. I am willing to listen.”

Dr Tiki said Wong had made a point by offering a constructive suggestion ‘for the government to reprioritise the development projects, bearing in mind that the state revenue from O&G is not forthcoming’.

He further stressed that PSB’s suggestion was purely out of sincere concern for Sarawak’s financial situation.

PSB Batang Ai chairman Datuk William Nyalau Badak said Wong, through his undisputed and wide experience as second finance minister for 15 years, offered a sincere, constructive suggestion due to the state’s financial situation based on the Chief Minister’s budget speech for 2020 delivered on Nov 13 last year, amounting to RM10.067 billion.

He said this amount was no longer tenable as the revenue was heavily calculated based on the expected sales tax of five per cent on O&G amounting to RM2.878 billion, which was so crucial to the state budget and mighty not be forthcoming.

Nyalau noted that the lower oil price would affect five per cent royalties drastically and revenue from sales tax on palm oil products, timber royalty, dividend income, and overall interests collectible would be very much reduced, which would definitely affect the 2020 budget on development projects and programmes.

“Furthermore, the over RM2 billion for the aid packages not appropriated for the contingency fund in 2020 would definitely impact the financial distress of the government,” he said. 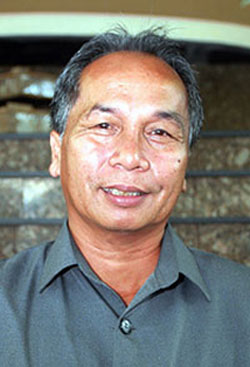 Sri Aman MP Datuk Masir Kujat said Wong’s call for a re-examination of the state’s Budget 2020 for development projects and programmes, as announced by the Chief Minister, was a consequence of the state’s financial constraints.

The PSB Balai Ringin chairman said it was very important for the state government to readjust the overblown deficits for 2020 by putting on hold or doing away with some of the mega projects of low priority such as the Second Trunk Road, ART, and the like.

Masir agreed with Wong that the government should avoid venturing into the unfamiliar territory of development projects such as hydrogen plants and hydrogen buses.