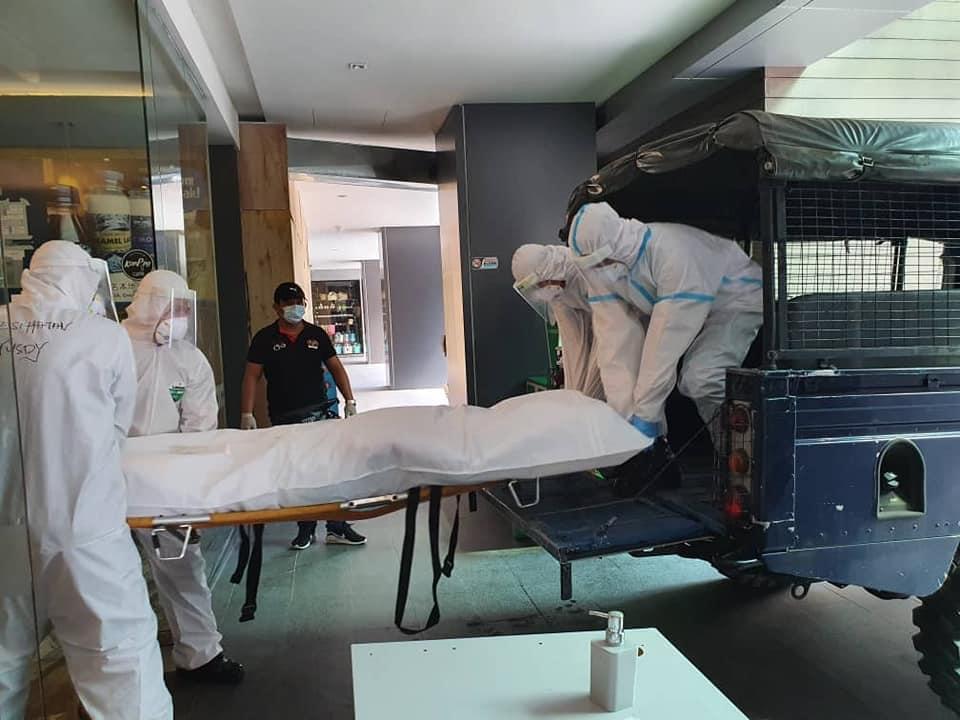 Police in hazardous suit carrying the victim’s body onto a police truck.

KOTA KINABALU: A liquor seller was found dead in a hotel room after a drinking session with friends on Friday morning.

Kota Kinabalu police chief ACP Habibi Majinji said the 35-year-old victim was found unconscious by a hotel staff about 5am on May 15.

“The victim and his friends then started drinking on Thursday around 6pm and believed right until the following morning.

“The victim then went to bed at 3am (Friday) while his friends left the hotel.

“Around 5am, a hotel staff went to wake up the victim only to find him unconscious,” said Habibi.

The hotel management immediately informed the police and paramedics confirmed the victim dead, he said.

The victim’s body was taken to the Queen Elizabeth Hospital for a post-mortem and family members had been notified, said Habibi, adding that the police classified the case as sudden death.