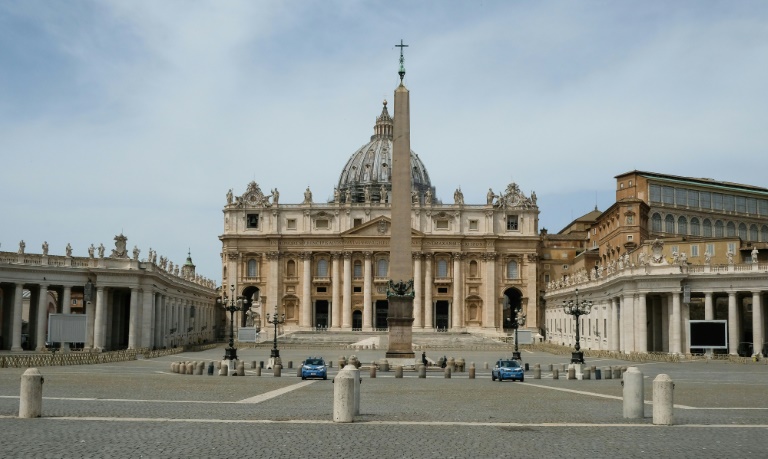 A deserted St. Peter’s Square may come to life again on Monday when the basilica’s doors open to the public again. – AFP photo

Saint Peter’s Basilica throws its doors open to visitors on Monday, marking a relative return to normality at the Vatican and beyond in Italy, where most business activity is set to resume.

Public masses also resume throughout the predominantly Catholic country after a two-month hiatus, while restaurants, bars, cafes, shops and hairdressers, among other businesses, are all expected to reopen.

In the face of much opposition, including from Pope Francis, churches in Rome were shuttered at the beginning of the coronavirus emergency in early March.

Most, however, opened shortly thereafter, with entry reserved for prayer only.

“I share the joy of those communities who can finally reunite as liturgical assemblies, a sign of hope for all society,” Francis said on Sunday during his live-streamed prayer.

Italy’s lockdown not only extinguished most business activity in the country, but radically disrupted Italians’ personal lives, including attending mass.

Francis has been livestreaming mass from a chapel at his residence inside the Vatican City.

The Argentine pontiff is not yet expected to lead any public religious ceremonies either in the basilica, which can accommodate 60,000 people, or in Saint Peter’s Square, as the Vatican seeks to avoid crowds.

Francis will, however, celebrate a private mass on Monday, broadcast by video, in front of the tomb of John Paul II, on the 100th anniversary of the birth of the Polish-born pontiff.

In Milan, the Duomo cathedral will conduct mass at 10:30 GMT. On Friday, the cathedral said it had introduced gadgets worn around the neck that beep softly, flash and vibrate if visitors approach too closely to one another.

In preparation for the reopening of Saint Peter’s, the largest Catholic church in the world was disinfected on Friday, with workers in full protective suits and masks spraying down the surface of the 23,000-square metre (250,000-square foot) site.

The Vatican State, an independent enclave in the heart of Rome, has applied the same anti-virus measures as Italy, where the official death toll from the virus stands at nearly 32,000.

The basilica, as well as three other papal basilicas, is expected to follow a recommendation from Italy’s interior ministry limiting attendance at religious celebrations in enclosed places of worship to 200 people.

Across Italy’s tens of thousands of churches, Catholics will be able to attend not only masses but also weddings and funerals, provided they abide by a series of measures, including wearing masks and sitting or standing well spaced apart.

More than 800,000 commercial activities which have been under lockdown since Prime Minister Giuseppe Conte imposed restrictions on March 9 should be able to reopen on Monday, said Confcommercio, Italy’s largest business association. – AFP