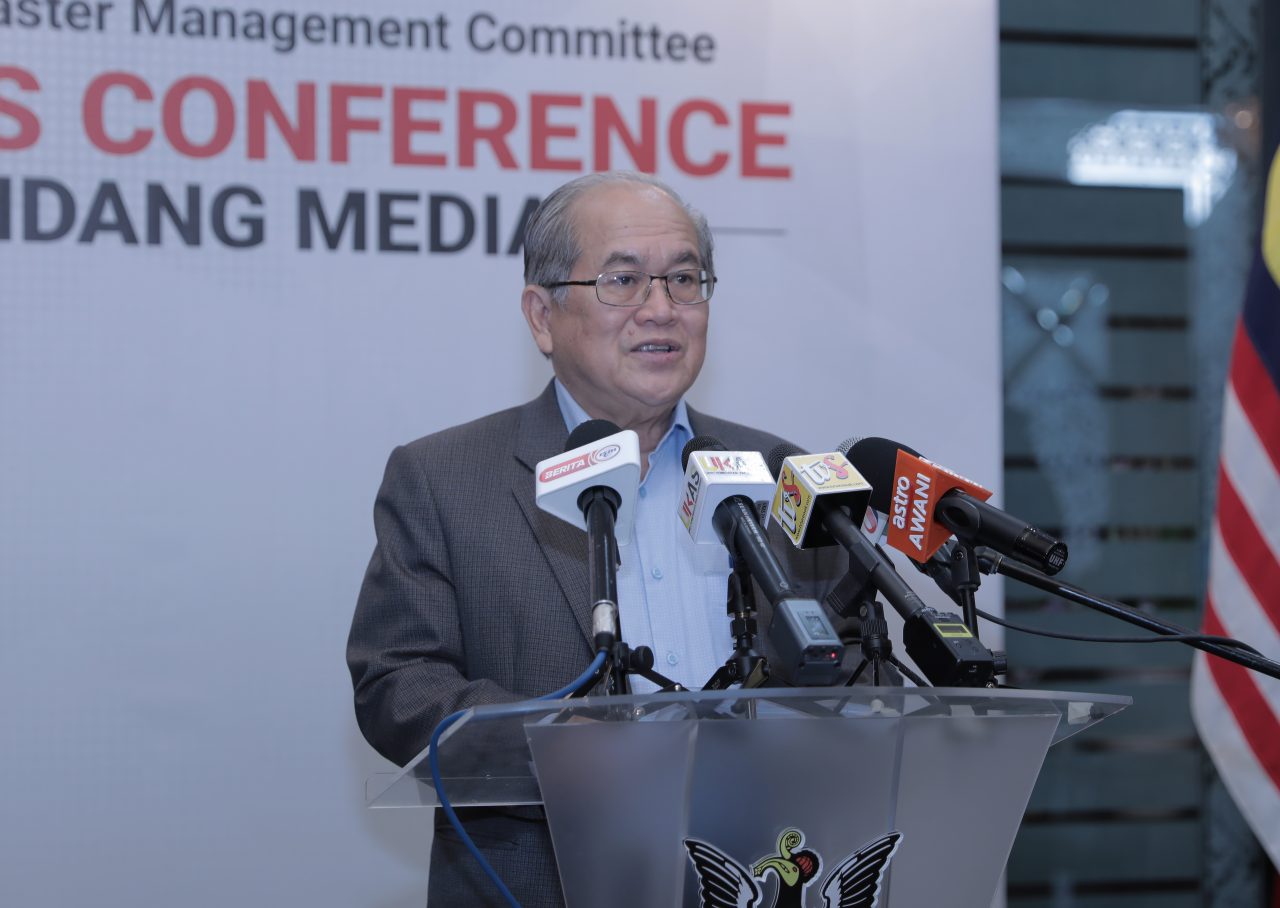 The Sarawak Disaster Management Committee (SDMC) chairman said two cases have recovered and were discharged today, each from the Sarawak General Hospital (SGH) and Sibu Hospital.

“The total number of recoveries as of today are 437 cases or 80.33 per cent out of 544 total positive cases in Sarawak to date,” he said during a press conference on Covid-19 here.

The state also recorded 90 active cases to date, with one being treated in the Intensive Care Unit (ICU).

Meanwhile, State Health Director Dr Chin Zin Hing said as of today, his department has taken samples from 33,530 individuals with a total of 45,378 swabs to be tested with PCR testing.

“The reason why there are more swabs than individuals is because for some individuals, we took more than one swabs each,” he explained.

So far, he said the positive rates of all the individuals tested were at 1.62 per cent, which is in line and well within the range of the national rate of 1.53 per cent.

He said according to the World Health Organization (WHO), the ideal positive rate is to have a positive rate of less than 10 per cent and Sarawak has been doing ample testing.

“These testings are ongoing and we are now focusing on students returning into the state,” he added.

“In short we are actually testing quite adequately in Sarawak because we have to make sure if any case is detected, we can deal with it immediately,” he said.

Uggah said the PUI quarantine centres have the capacity of 5,673 beds with 4,291 are being quarantined there at the moment.

While for the PUS, 5,378 hotel rooms have been provided by 41 hotels all over Sarawak with 4,036 are being quarantined there at the moment after SDMC today recorded 510 more new PUS cases, he said.

On another note, Dr Chin also updated on the condition of Sarikei MP Andrew Wong, who was tested positive for Covid-19 on March 13.

“He is still in the hospital. He’s stable and alert but still needs to undergo rehabilitation at the hospital,” he said.