Friday, June 5
You are at:Home»News»Sabah»Bid to smuggle cigarettes thwarted 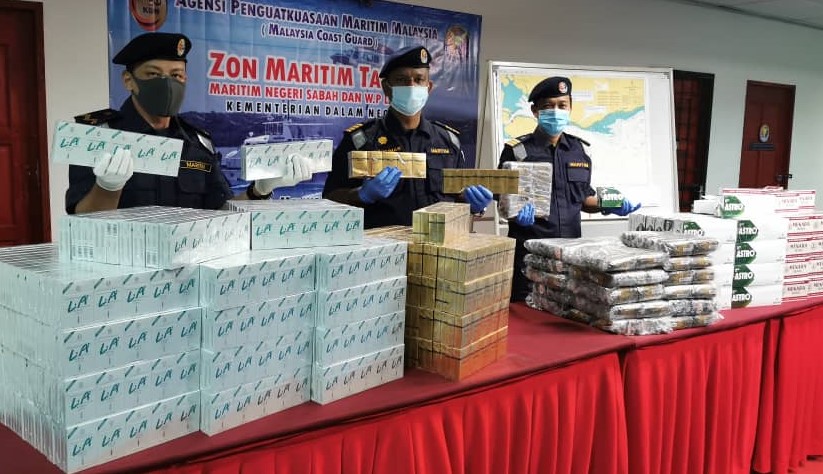 Siva (centre) showing the cigarettes seized from a pump-boat in Tinagat waters yesterday.

He said when the skipper became aware of the presence of the maritime patrol boat, the latter jumped into the water to escape.

Upon inspection, the boat was found laden with a black plastic bag that contained 372 cartons of ‘Rokok Putih’ and ‘Kretek’ estimated to worth about RM 16,500. The boat with its 15-horsepower pumps and engines were also seized and taken to the MMEA jetty for further investigation under the Customs Act 1967. The total value of the seized cigarettes and the pump boat was estimated to be about RM22,000.

According to him, MMEA will continue to intensify its monitoring, patrolling and enforcement activities from time to time to prevent entry of illegal immigrants and maritime violations in Tawau waters.

Any complaints and information can be directed to the Tawau Malaysian Maritime Operations Centre 089-752 115 or through the emergency assistance line, MERS 999.