Saturday, June 6
You are at:Home»News»Sabah»Man detained over drugs, illegal firecrackers 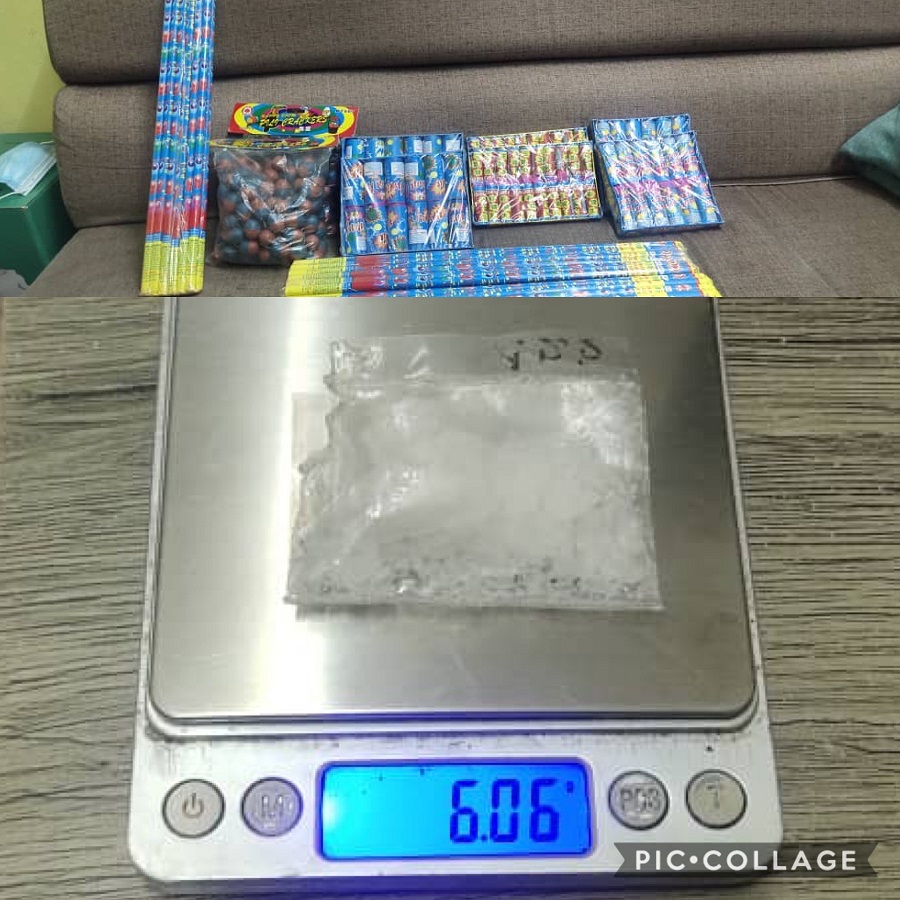 The drugs and contraband firecrackers that were confiscated from the suspect.

BEAUFORT: Police arrested a local man for having 6.06 grams of methamphetamine (syabu) and illegal firecrackers in his possession at a parking lot of a government building in Bingkul, here on Saturday.

Beaufort police chief, DSP Azmir Abd Razak said the suspect was apprehended by patrol police during the conditional movement control order (CMCO) around 9.15pm on May 16.

“During inspection, police found a plastic bag containing crystal substance believed to be methamphetamine or syabu, and several illegal firecrackers in the suspect’s vehicle.

“Further investigation revealed the drugs weigheing 6.06grams with street price at RM700 were found on the suspect,” said Azmir.

He added that the 32-year-old suspect was detained and remanded for investigation under Section 39A(1) and Section 15(1) of the Dangerous Drugs Act 1952, and Section 4(2) of the Explosives Act 1957.