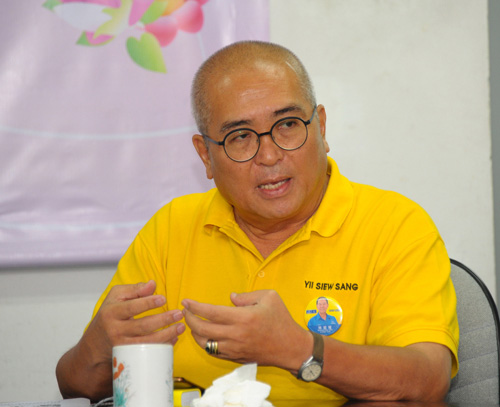 He said DAP should look at its own history before criticising the Gabungan Parti Sarawak (GPS) state coalition for cooperating with PAS under the Perikatan Nasional (PN) federal coalition.

“Before DAP criticises GPS’ cooperation with PAS under PN, DAP should first repent and apologise to the Chinese community for previously convincing them to give support to PAS which strengthened and make it stronger now,” he said in a statement.

He said GPS had already stressed the reason behind them working with PN was to form a politically stable government.

“Yet, DAP purposely misled the public and tried to ignore the fact of their previous cooperation with PAS,” he said.

In the past, Yii said DAP leaders had been protecting and supporting PAS, with DAP veteran Lim Kit Siang convincing the public that a vote for PAS was equivalent to a vote for DAP.

“PAS was a minority party before, but with the help from DAP, it becomes stronger and becomes the government of many states now,” said Yii, adding that DAP and PAS had formed an alliance under the now-dissolved Pakatan Rakyat.

He pointed out the state government’s stand was to reject any extremism and racist influences by exercising the state’s immigration autonomy to ban such extremists from entering the state.

“We regret that DAP never voiced their opposition to former Kedah Menteri Besar Dato Mukhriz Mahathir’s proposal to abolish Sarawak immigration rights in Parliament,” said Yii, referring to Mukhriz’s comment in Parliament last year that it was “ridiculous” for Malaysians to use passport to travel to Sarawak.

Yii also said DAP was willing to cooperate with former Prime Minister Tun Dr Mahathir Mohamad after accusing him of being the most corrupt leader in the country, in order to take over Putrajaya and form the Pakatan Harapan-led federal government.

“This is the true nature of DAP, whereby they have no principle and own stands,” he said.

Previous ArticleIt’s time for frontliners to have a break, onus now on public to curb Covid-19
Next Article Ismail Sabri: ‘No staying overnight when visiting houses during Raya’