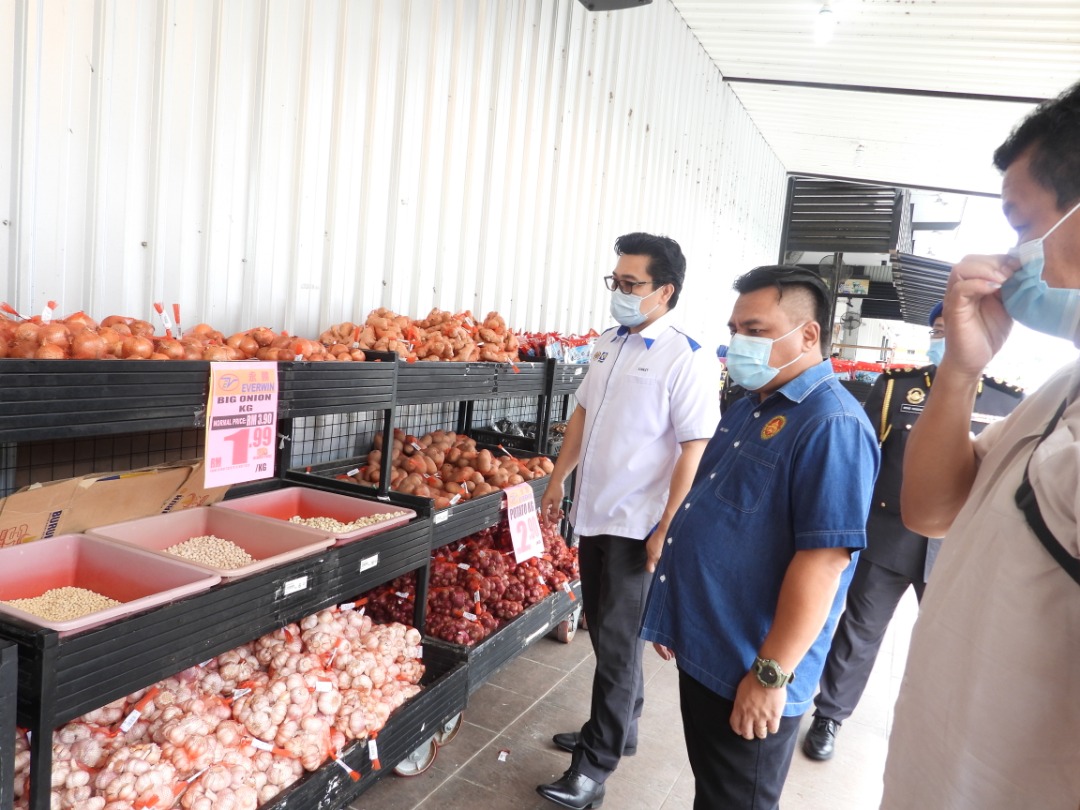 Tan (left) with Miro at a trader’s shop in Bau today.

Also listed are fish namely ‘kembung’ (including mabung) and ‘selayang’.

The newly listed items, according to the ministry in a statement is to meet the demands of consumers during the festive season which coincides with the Conditional Movement Control Order period.

The statement also said the prices of the goods in Sarawak will depend on the locality of consumers which are divided into five main zones.

The selling price of the items will depend on the geographical factor, logistics and the supplier’s source.

The global market price of goods, currency exchange and the rising costs of foreign farmers will also influence the selling price in each of the five zones – especially on imported items.

This morning, a walkabout to check the compliance level of traders on the scheme was held in Bau town led by KPDNHEP state director Datuk Stanley Tan together Serembu assembylman Miro Simuh.

To curb unreasonable price hikes by unscrupulous traders, KPDNHEP said notices under Section 21 of the Price Control and Anti-Profiteering Act 2011 will be enforced on any party found to suddenly increase the prices of goods.

Action will be taken against traders who fail to comply with the regulations of the scheme under the Price Control and Anti-Profiteering Act 2011 and may be subject to the following penalties, which are the offences in selling controlled goods above maximum price.

Meanwhile, a total of 102 personnel from the ministry will conduct checks and monitor the price of goods in Sarawak.