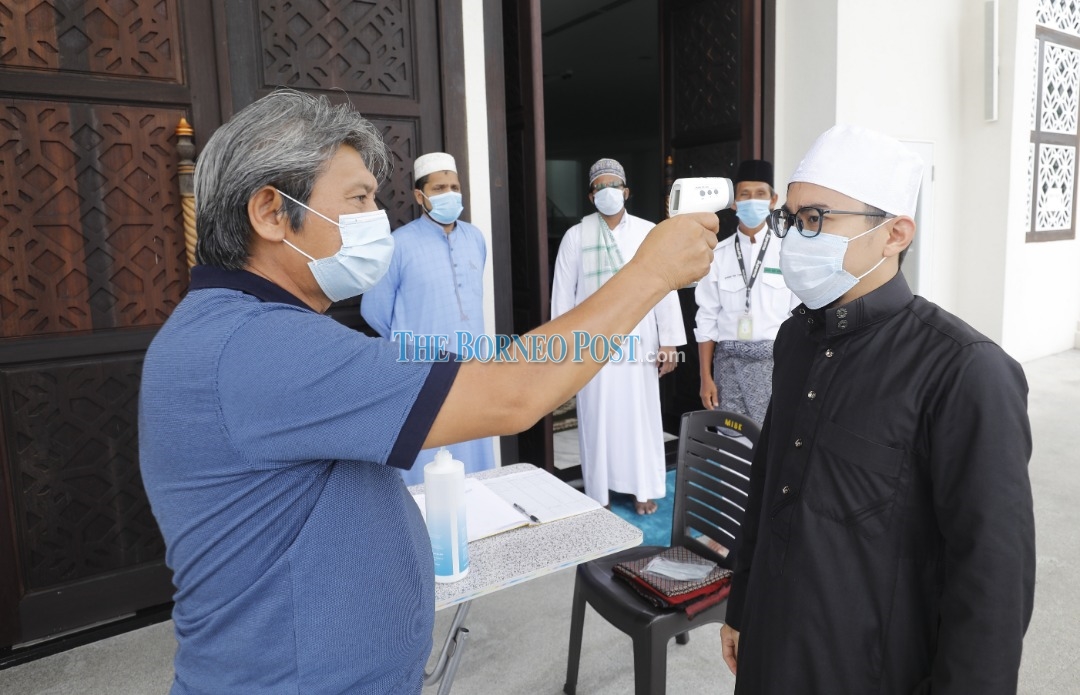 Attendees getting their temperatures checked.

India Mosque Kuching, or better known as the Floating Mosque, is adopting standard operating procedures (SOP) in accordance with the conditions set by MIS to prevent the spread of Covid-19.

Friday prayers were completed in approximately 30 minutes, with only 12 people allowed to attend the prayers.

They were also required to write down their personal details at the entrance of the mosque. 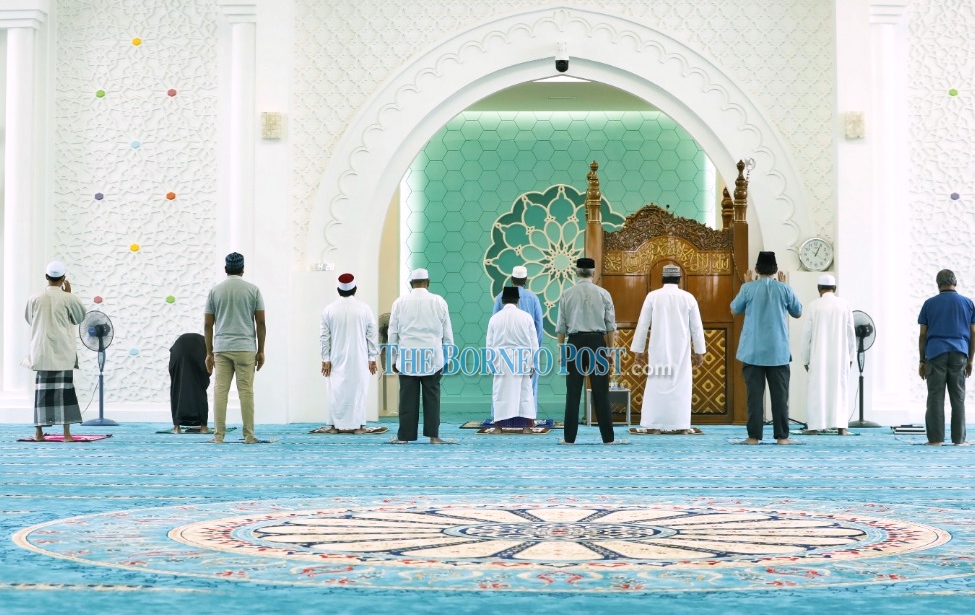 Hand sanitisers were also administered to ensure their hands were not contaminated, while social distancing was also observed with each person seated one meter away from each other.

Meanwhile, Masjid Bandar Kuching Khairat (Charity) Trust Board chairman Dr Shajahan Sayeed Ahmad said that after two months of being unable to attend Friday prayers, he and several committee members were happy and excited with the decision.

In compliance with the MCO and CMCO, even Dr Shajahan was not allowed to enter the mosque in the past two months.

“During this period, we have not seen or entered the mosque for nearly two months.

“So when MIS allowed Friday prayers to be held, all members of the mosque were happy,” he said.

MIS allows Friday prayers to be held at all mosques and surau effective Friday. However, it only involves attendees consisting of officials and members of the management committee of the mosque during the CMCO period.