Friday, June 5
You are at:Home»World»Over 10,000 evacuated after dams fail 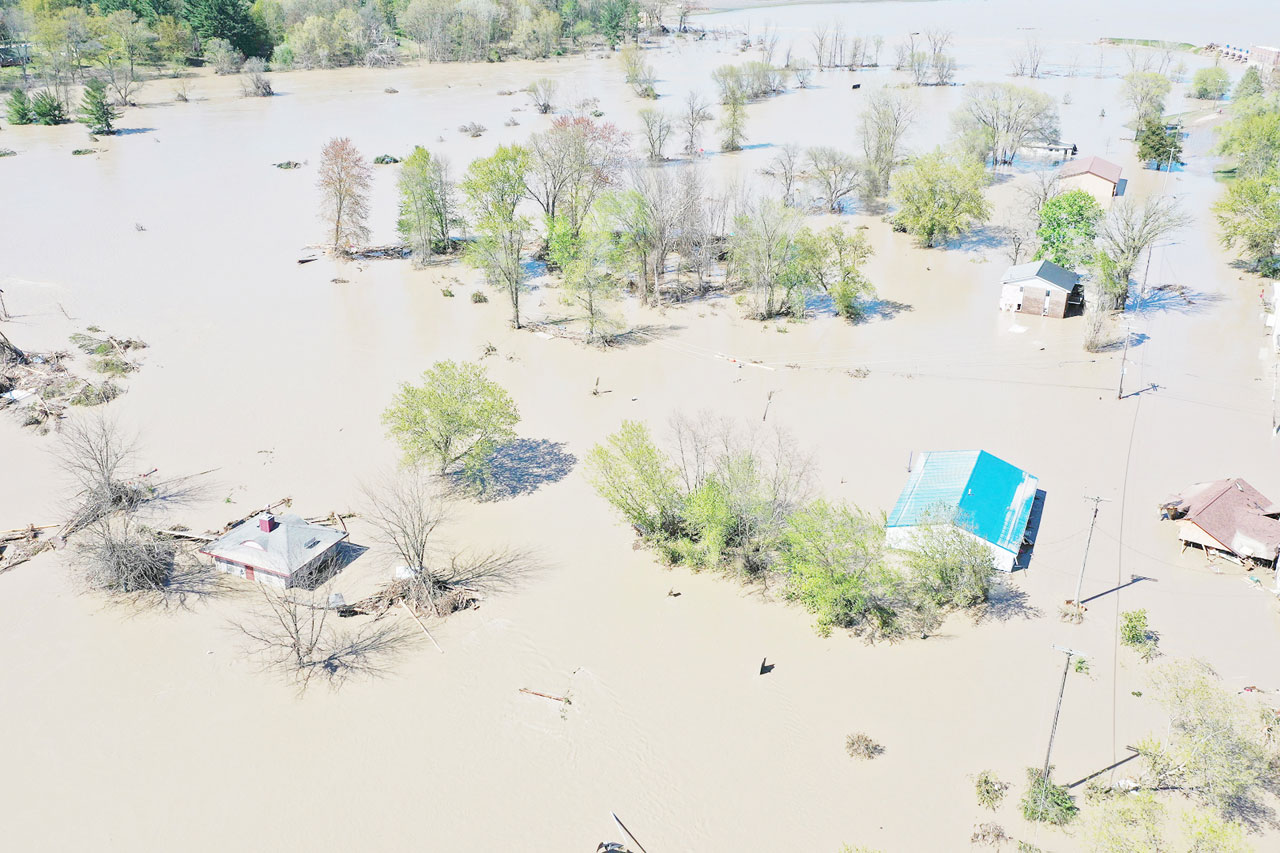 Aerial view of the Tittabawassee River after it breached a nearby dam in Sanford, Michigan.  — AFP photos

SANFORD, United States: More than 10,000 residents were evacuating their homes in Michigan Wednesday after two dams failed following heavy rain and triggered what officials warned will be historic flooding.

Governor Gretchen Whitmer declared a state of emergency in Midland County, site of the breached dams, in the towns of Edenville and Sanford.

The National Weather Service warned of life-threatening flash flooding and joined the governor in urging people in the area to seek higher ground immediately.

The downtown area of Midland, a city of about 42,000 people, could soon be under approximately three metres of water, according to Whitmer, who warned of “historic” high flood levels.

The city said on its website that 11,000 people were evacuating, and that no deaths had been reported.

“Residents are strongly urged to continue evacuating,” the city said in a statement.

Authorities said the Tittabawassee River that flows through Midland has reached 35 feet, well above flood stage and one foot higher than the previous record level set in 1986.

The river is expected to rise another three feet before cresting.

The flooding disaster and the evacuation are being compounded by the coronavirus pandemic, which has forced people to observe social distancing.

“It’s hard to believe that we are in the midst of a 100-year crisis — a global pandemic — and that also we’re dealing with a flooding that looks to be the worst in 500 years,” Whitmer said.

The governor urged those evacuating to shelters to wear face masks and maintain social distancing when possible.

Multiple rivers in Michigan — a northern state surrounded by the Great Lakes — had reached flood stage by Tuesday after up to four inches of rain fell in recent days.

US President Donald Trump is scheduled to travel to Michigan, an important electoral state, on Thursday to visit an auto manufacturing plant that has been repurposed to make ventilators.

The plant is in southern Michigan near its largest city, Detroit.

Whitmer, with whom the president has clashed over pandemic response issues, said she intends to give Trump “a full briefing” on the breached dams and resulting flooding. — AFP 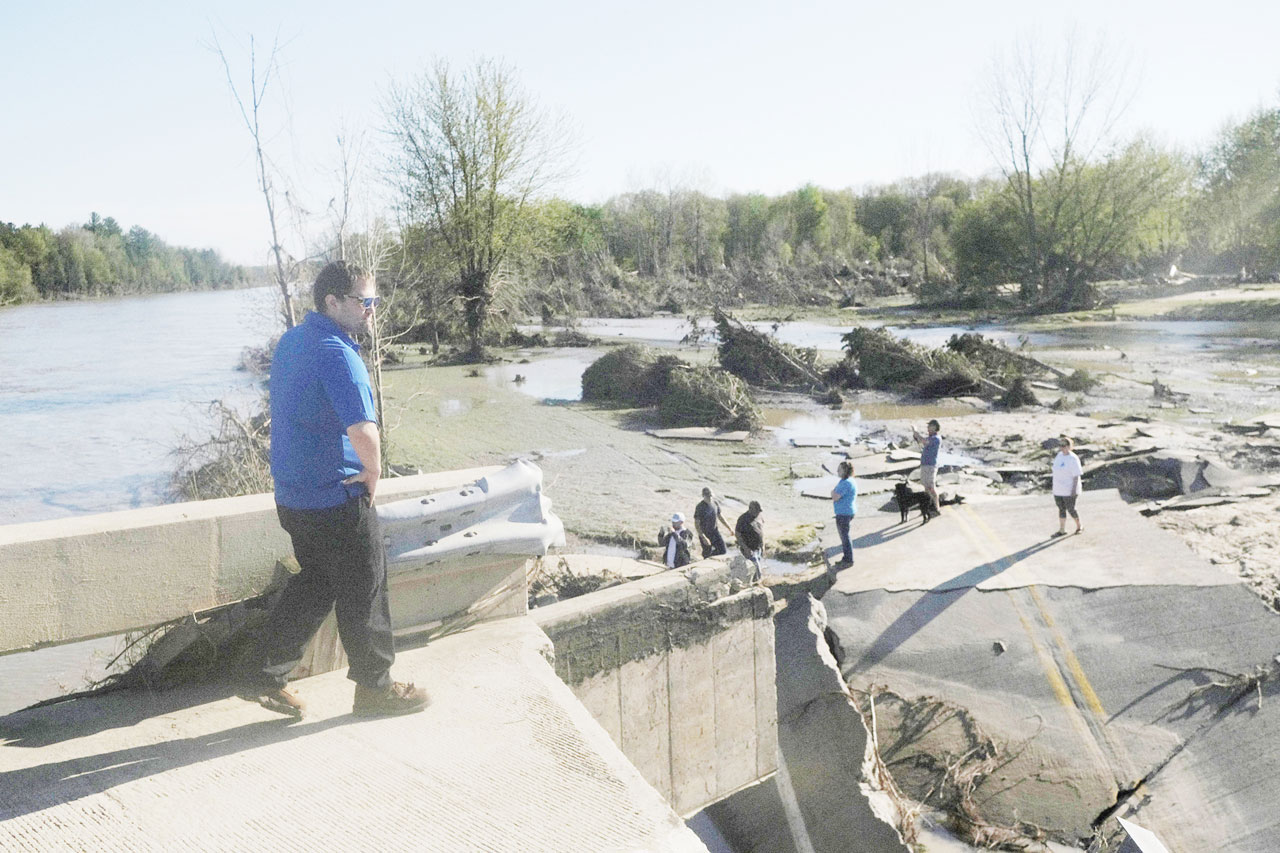 Residents explore what remains of the West Curtis Road bridge which was swept away following extreme flooding throughout central Michigan in Edenville, Michigan.