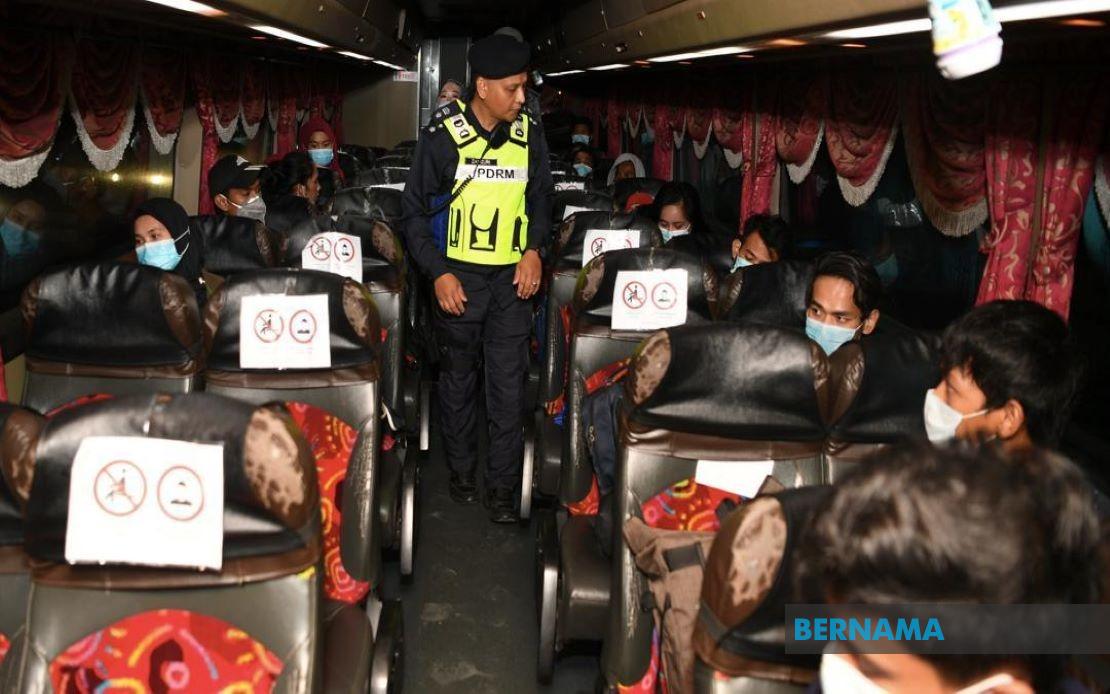 Sabah police have formed a special team to see that Hari Raya Aidilfitri celebrations in the state do not contravene the SOP of the CMCO. – Bernama photo

KOTA KINABALU: Sabah Police have formed a special team to see that the Hari Raya Aidilfitri celebrations in the state do not contravene the standard operating procedure (SOP) of the Conditional Movement Control Order.

Sabah Police Commissioner Datuk Zaini Jass said although Sabah did not impose a ban on travel across districts, the public are advised to limit their movements to their own villages as part of the effort to break the chain of COVID-19 infections.

“The police will check the homes which have a lot of cars to make sure only the family members are there and they do not exceed the permitted number (of people),” he told reporters after checking out the roadblocks here last night.

Zaini said almost 7,000 personnel including from the Malaysian Maritime Enforcement Agency (MMEA), the People’s Volunteer Corps (RELA) and several other agencies are involved in the exercise.

He said roadblocks and checks along state borders will also be conducted to ensure there are no interstate travel and to prevent the entry of illegal immigrants.

On the roadblocks, Zaini said they would check public vehicles for compliance to the SOP, especially the address and number of passengers in them.

He said so far, 350 summonses have been issued for various offences and 20 people in their 30s have been detained, including 15 who did not have identification papers and five more for narcotic offences.

“A total of 182 vehicles were inspected, including motorcycles, while 528 people were checked at all the roadblocks last night,” he said. — Bernama