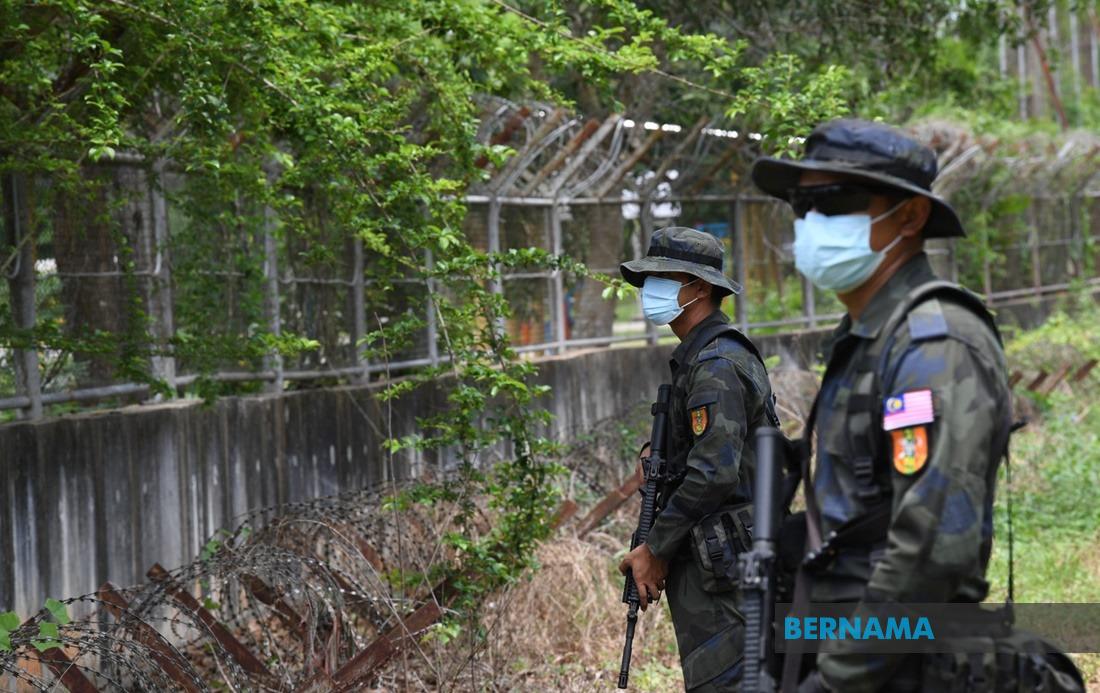 Security at the country’s borders are safe in the hands in the three wings of the MAF, the police, the MMEA and the Immigration Department. Bernama Photo

PUTRAJAYA: Tan Sri Muhyiddin Yassin wants the national maritime border control to be tightened so that no more immigrants will be able to sneak illegally into the country.

The prime minister said this was because there was a possibility that those illegal immigrants who had returned to their countries of origin would try to come back to Malaysia.

“If we do not look after our borders carefully, many will try to sneak back into our country and if the border control is not tightened, it will be a problem for us later,” he said during a 30-minute video conference with the representatives of the country’s frontliners battling the COVID-19 outbreak.

In the matter of maritime security, MMEA director-general Admiral (M) Datuk Mohd Zubil Mat Som said the MMEA, in collaboration with the Royal Malaysian Navy and the Police, had intensified its operation dubbed Op Benteng with focus given to monitoring the movement of refugees from Myanmar.

“We have put full force there with the help of RMN…the security control in the Malaysia-Thailand borders now is very tight,” he assured.

Meanwhile, on the national border security as a whole, Chief of Defence Force Gen Tan Sri Affendi Buang expressed confidence that it was under control with the regular monitoring activities carried out by the three wings of the MAF, the police, the MMEA and the Immigration Department.

“All these agencies are working closely with the MAF and have placed their men in all operation areas nationwide. I’m confident that any border encroachment incident involving illegal immigrants who may have been infected with COVID-19 will be tackled effectively,” he said.

In another development, Deputy Inspector-General of Police Datuk Mazlan Mansor informed the conference that the police have entered a new phase of enforcement following the implementation of the Conditional Movement Control Order.

“We are aware that Hari Raya Aidilfitri is just around the corner and there is an increase in the number of motorists wanting to return to their home town. Various excuses and tricks were being used to get through the police roadblocks,” he said.

However, the police will continue imposing a compound fine on any individual found to have violated the interstate travel ban in conjunction with Aidilfitri this weekend. – Bernama