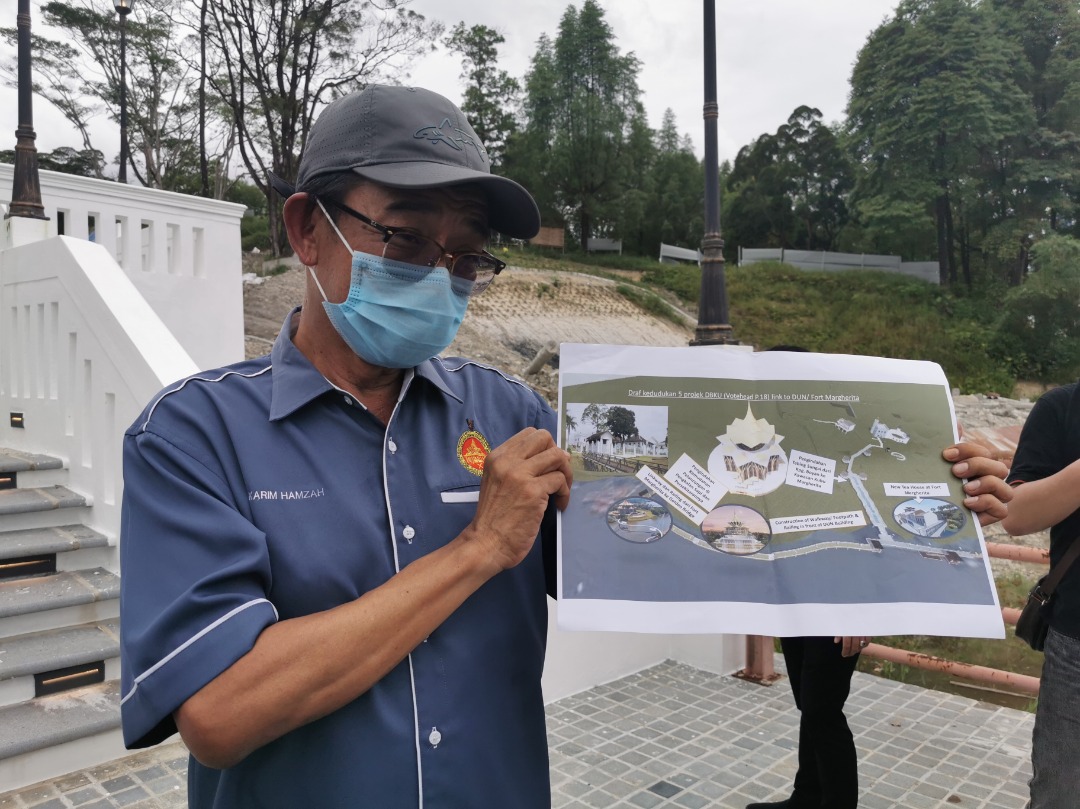 Abdul Karim showing the plan for the beautification project. – Photo by Roystein Emmor

KUCHING: The riverfront along Kampung Boyan to Fort Margherita here is set to become the city’s next attraction after its beautification works are complete, says Datuk Abdul Karim Rahman Hamzah.

The Tourism, Arts and Culture Minister said that the RM24 million project includes the construction of a water cascade, the construction of walkways from Kampung Boyan to the Darul Hana Bridge as well as a traditional English tea house that will be built under Fort Margherita.

The project began in 2017 and was expected to finish by the end of this year, however it had to be delayed due to certain factors such as the enforcement of the Movement Control Order as well as topography and weather.

“The site is located on a hilly riverbank. If the area was flat, it would be easy (for the contractors) to do their job but with this (hilly) condition, it was hard for them to conduct their work,” Abdul Karim said when met by reporters during a visit to the site today.

Commenting on the tea house, he said that it would be able to cater to as many as 200 visitors for them to rest as well as enjoy the scenery at the riverfront.

Abdul Karim said that the construction of the traditional English tea house was an inspiration from Chief Minister Datuk Patinggi Abang Johari Tun Openg, and its construction would showcase English tradition and culture.