Sunday, February 28
You are at:Home»News»Five injured after lorries crash into each other at Jalan Roban 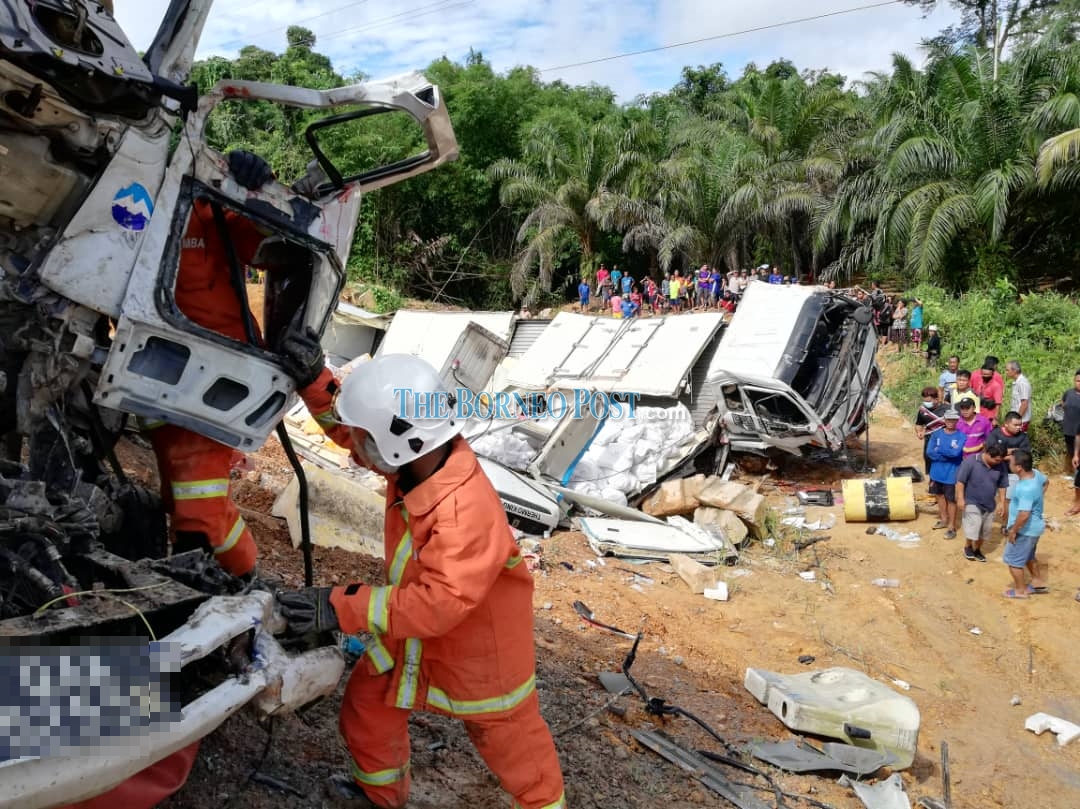 Bomba personnel inspect the wreckage of both lorries at the scene of the accident.

KUCHING: An accident involving two lorries near Bukit Perabun, Jalan Roban at around 9am this morning saw five male victims being rushed to the Saratok hospital for medical treatment.

In a statement, the Fire and Rescue Department (Bomba) said the first victim was extricated from the damage at 10.14am.

Three of the other victims, aged 46 , 32 and 34 were however fortunate to have only sustained light injuries in the crash.

At the scene were personnel from the Saratok fire station and the police.