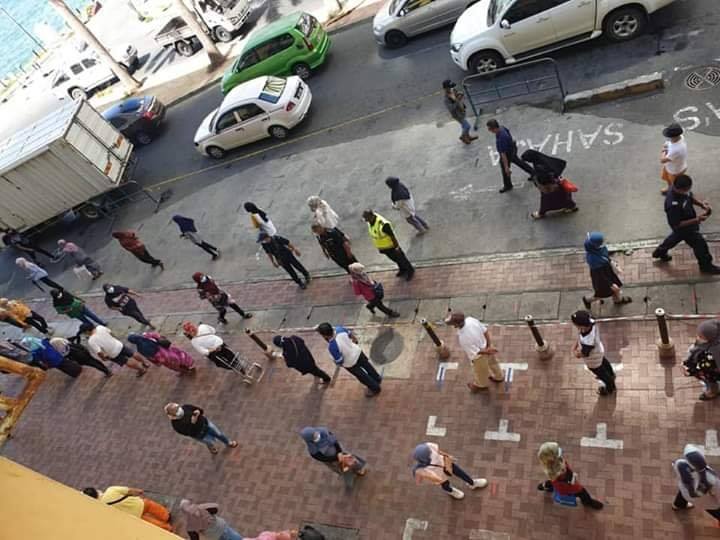 “The photo that has gone viral was an old photo. Through inspection by Sandakan MCO Inspection Team, there was a lot of people outside the market but they were obeying the SOP (Standard Operating Procedure) by queuing up for safe social distance, and they had face masks on and used hand sanitizers.

“The CCTV footage from SMC also proved the case,” he said.

Meanwhile, The Borneo Post has inspected the situation at the market and found that there was a long queue of about 150 people which was longer than usual.

Most of those who were queuing up claimed that they wanted to buy fresh ingredients to cook for their families in conjunction with the Hari Raya Aidilfitri celebration.

The people were calmed and organised, and they were practicing safe social distancing as required by the enforcement personnel at the scene.