Sunday, March 7
You are at:Home»News»Sabah»Jumbo with brooch stuck in teeth rescued 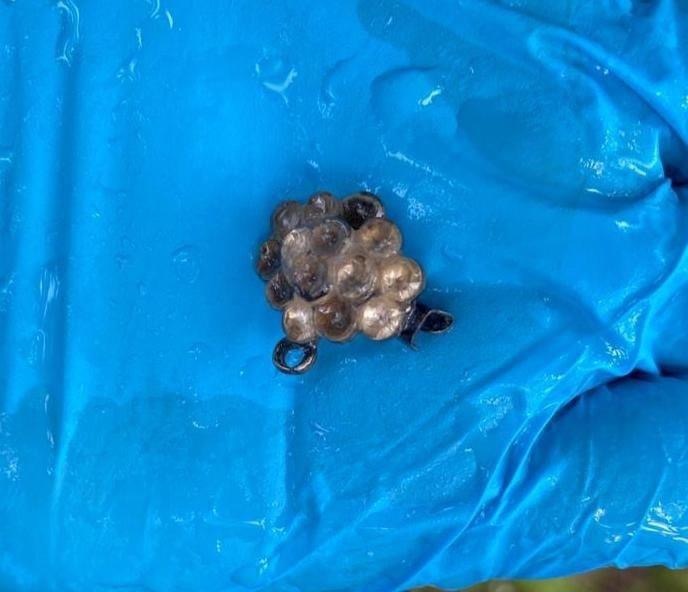 The brooch that was found stuck between the teeth and lower jaw removed by Dr Roopan.

KOTA KINABALU: An injured elephant with a brooch stuck in its teeth that was found in a forest corridor in Tingkayu, Lahad Datu recently will be taken to Borneo Elephant Sanctuary (BES) for further medical care.

Upon examination, it was discovered that it was suffering from oral problems with a large abscess which caused its left cheek to swell.

A ladies metal brooch – normally used to fasten a tudung, was found stuck in the elephant’s teeth.

“Physical examination shows Hypersalivation with pus from oral cavity, abscess on ventral aspect of right jaw size of half futsal ball, swelling on the left cheek size of a half tennis ball and slightly emaciated,” he said, adding that it was a male, sub-adult about 5 feet tall. 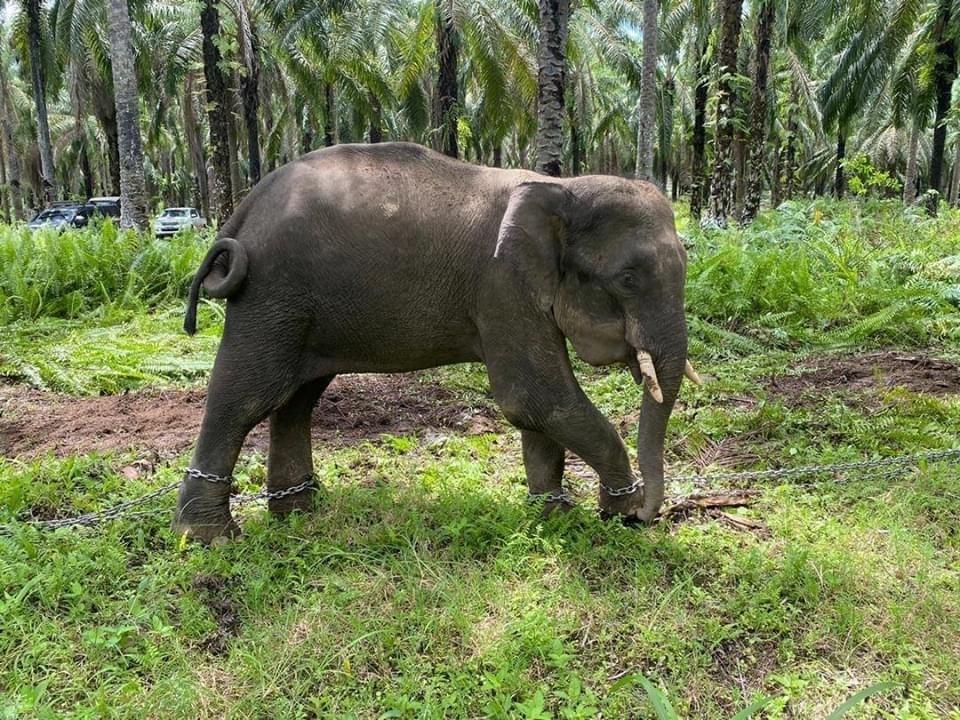 The injured elephant being restrained after it was darted.

“On the right side, infection has fistulated and drained pus in a cavity in the lower right mandible. On the left side, a foreign body (brooch) was found along with foul smelling pus, trapped between the gingiva and buccal surface. Tongue was ulcerated due to irregular wearing off molar with sharp edges,” he said, adding that the elephant was treated immediately.

“Abscess was lanced and the cavity was debrided. Topical antibiotics were applied. Pus in the oral cavity at the lower mandible was also rinsed.

“Due to the severity of the dental infection, treatment and healing may take longer time which cannot be properly be done in the field. I suggest that the animal be taken to BES for treatment and further diagnostic work up,” said Tuuga.

The WRU team was headed by veterinarian,  Dr Navanita Roopan.