Saturday, June 6
You are at:Home»News»Sabah»KK housebreaking cases solved with arrest of four 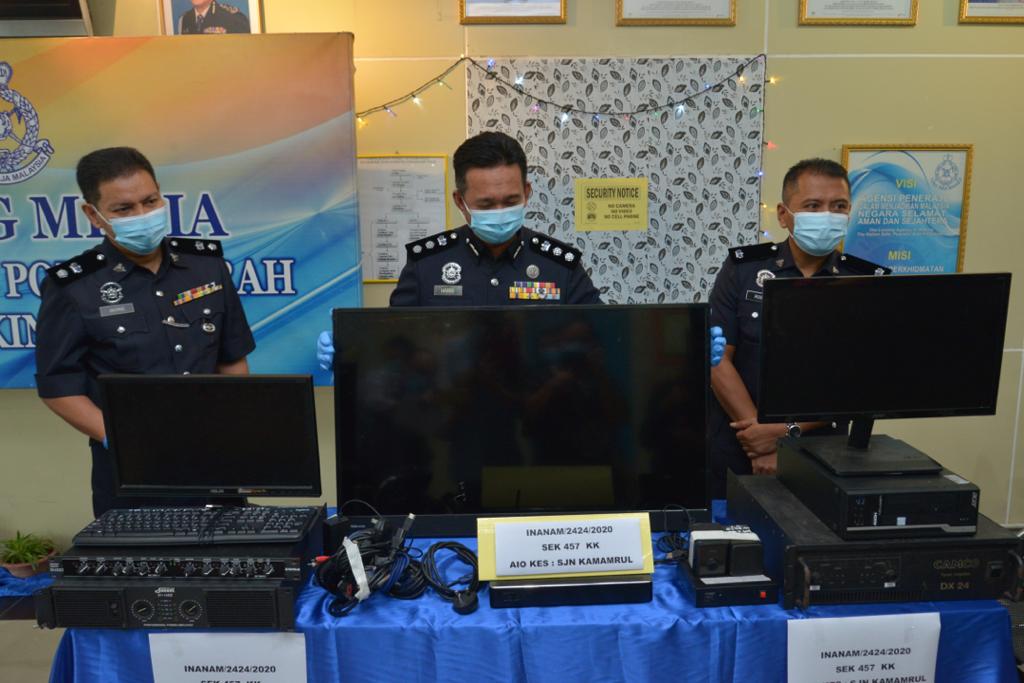 KOTA KINABALU: Police believe they solved four housebreaking cases around the state capital with the arrest of four suspects early this month.

City police chief, ACP Habibi Majinji said the four suspects, all locals in their 20s and 30s, were arrested in separate locations between May 1 and 20.

“The group’s criminal activity was crippled following the arrest of one of the suspects on May 20, following the break-in of an office in Kolombong, Inanam on May 15.

“In the incident, the victim found his office ransacked with the office front door destroyed.

“The victim lost two computer sets and several electronic items worth around RM1,500.

“Following the incident, police managed to apprehend a 28-year-old man at a rented room at Lorong Buah Duku Kolombong, Inanam around 10.45am on May 20,” he told a press conference at the Karamunsing police headquarters here yesterday.

Habibi said investigation revealed the suspect was the middleman in the group who would purchase stolen goods from three of his accomplices.

“Police investigation however revealed that the three accomplices have actually been arrested by police a couple of days earlier for drug offences,” he said.

Habibi added that the arrest of all the suspects led police to close to RM10,000 worth of stolen electronic items.

All suspects are currently being remanded to facilitate investigation under Section 457 of the Penal Code for housebreaking.