Saturday, August 15
You are at:Home»News»Nation»Slip through the roadblocks, but do not think you are safe – Deputy IGP 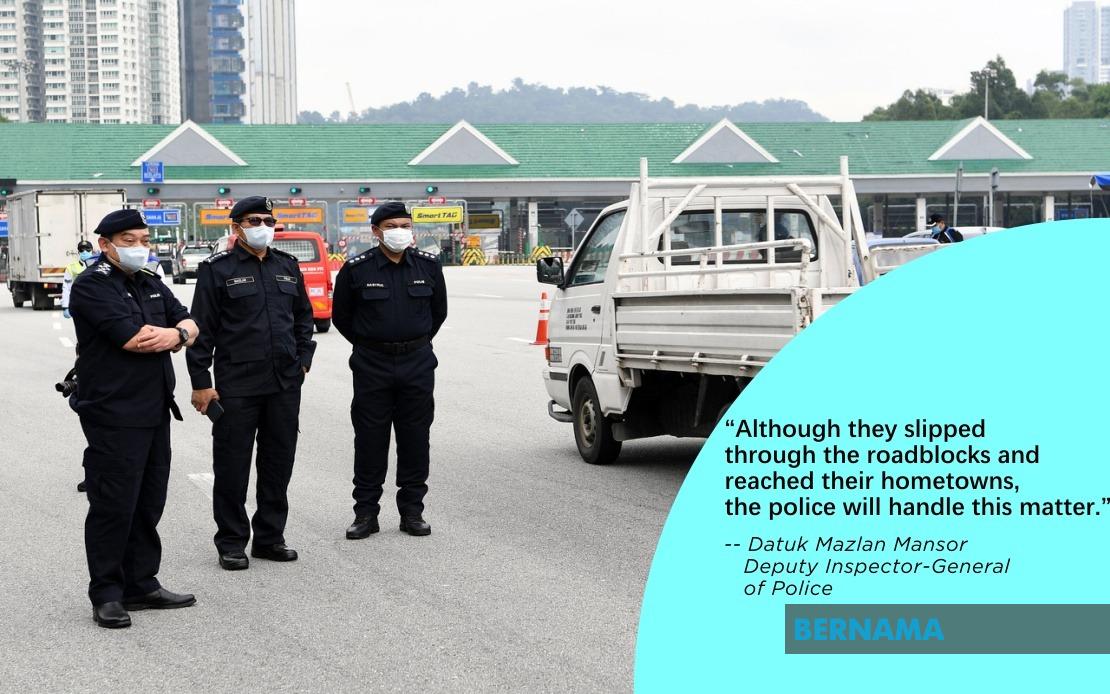 Police will take steps to ensure that the matter is not taken lightly by the public. Bernama Photo

KUALA LUMPUR: People who rushed back to their hometowns to celebrate Aidilfitri and slipped across the state lines with all sorts of excuses will not escape the law, said Deputy Inspector-General of Police, Datuk Mazlan Mansor.

He said police will take steps to ensure that the matter is not taken lightly by the public.

“Although they slipped through the roadblocks and reached their hometowns, the police will handle this matter,” Mazlan told reporters when met after inspecting the roadblock at the Jalan Duta toll plaza heading north here today.

He said the government had issued a stern warning regarding the ban on interstate travel but there were still people who ignored it.

“Wait for police action because they have to return to the city after the festival season,” he said.

Earlier, a Bernama look at the toll plaza found the flow of traffic had doubled at noon compared to in the morning.

From 9 a.m. until noon, many drivers were ordered to turn back when they did not have valid documents to travel across states. – Bernama