Tuesday, February 7
You are at:Home»News»Firefighters save couple after they start fire outside bedroom in Kota Samarahan
For the freshest news, join The Borneo Post's Telegram Channel and The Borneo Post on Newswav. 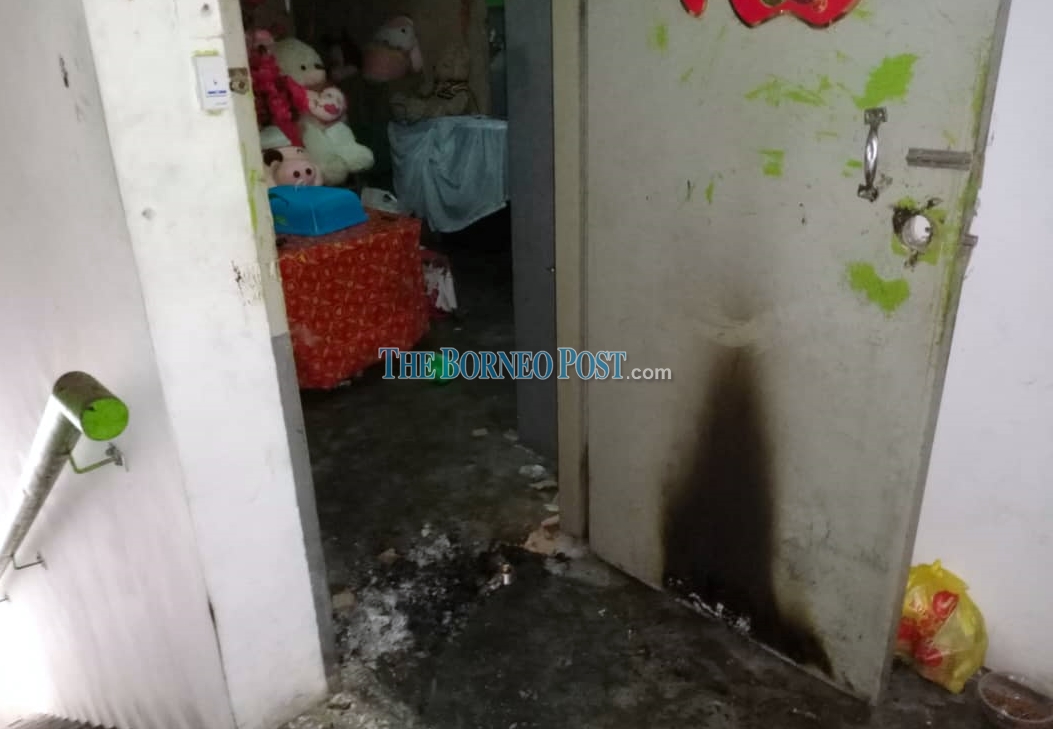 The area where the fire was started by the victims.

KUCHING: The Fire and Rescue Department (Bomba) have managed to rescue a couple who set fire to several boxes at the entrance of their bedroom in Jalan Dato Mohamad Musa, Kota Samarahan yesterday.

A statement from Bomba said the boxes were set on fire at the entrance of their bedroom unit which produced plumes of smoke.

“After the boxes were set on fire, the duo locked themselves inside the room,” said Kota Samarahan fire station chief Ebby Hirwandy Sarbini.

He added that a call was received by the department at 4.50pm by a member of a public who witnessed smoke billowing out of the commercial shoplot.

The victims, a 56-year-old local male and a woman believed to be from the Philippines, were later given medical treatment by rescuers.

The male victim was later sent to the Samarahan Heart Centre for further treatment.

Also present at the scene were the police who took the female victim to the Kota Samarahan district police headquarters for further action.