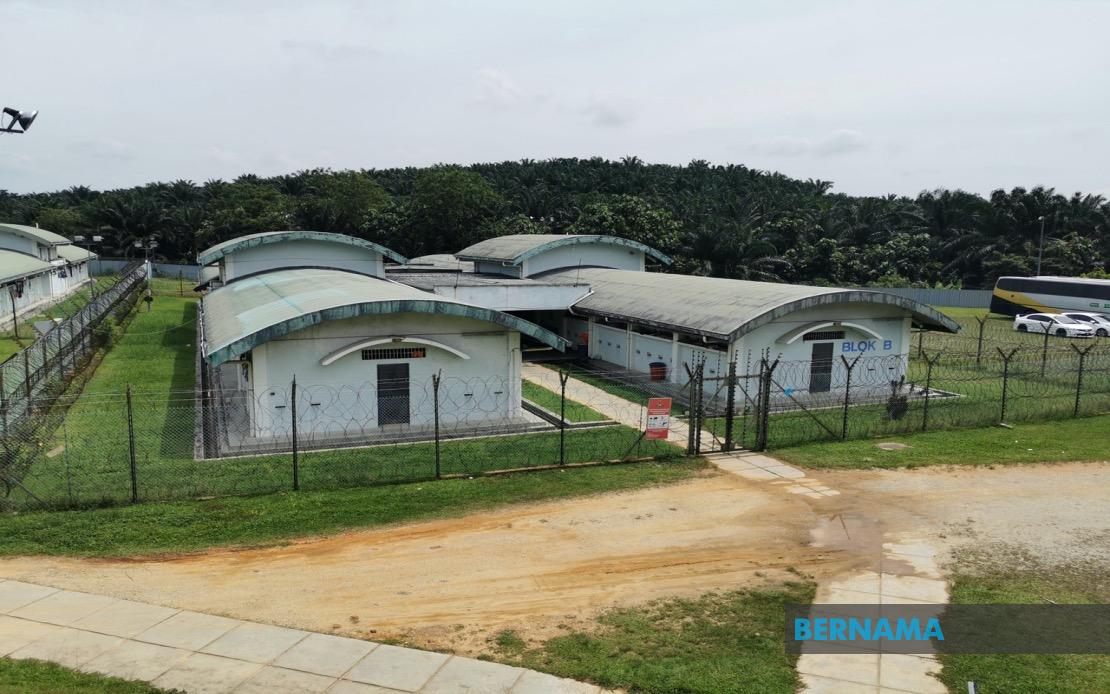 Officers from the Immigration Department headquarters and other state offices were assigned to manage the three depots. Bernama Photo

SEPANG: Immigration officials from three immigration detention centres in Bukit Jalil, Semenyih and Sepang who are undergoing quarantine at home have been replaced by personnel from the Immigration headquarters and other state offices, says Immigration Department director-general Datuk Khairul Dzaimee Daud.

He said although the Covid-19 screening tests came back negative for these officials, the Ministry of Health (MOH) had directed them to undergo self-quarantine at their homes.

“A total of 238 officers are involved (quarantined at home) so they cannot come to work. To address this issue, I have implemented a service continuity plan aimed at ensuring the safety and welfare of the officers involved in these three depots, and that the day-to-day management of the depots runs as usual,” he told Bernama.

Khairul Dzaimee said following the implementation of the plan, officers from the Immigration Department headquarters and other state offices were assigned to manage the three depots.

“Thankfully, all the immigration officers involved have sacrificed their Raya leave and come back to work within 24 hours, so management tasks, especially in terms of security at the detention centres are running smoothly,” he said.

He said a contingency plan seeking assistance from other security agencies was also in place in case the current officers working there also had to be quarantined.

“We will seek assistance from the People’s Volunteer Corps (Rela). If (the help from) Rela is not sufficient we will ask the police to come in and help out in terms of managing security,” he said.

Khairul Dzaimee had earlier visited the immigration detention centres in Sepang, Bukit Jalil and Semenyih affected by the Covid-19 pandemic.

He said the welfare of foreigners held at the detention centres was still the priority, with the sick being given immediate medical attention.

In addition, he said block isolation was being carried out to reduce the risk of Covid-19 outbreaks within the depots.

“Of the 396 detainees, 315 are ready for repatriation and 81 are awaiting trial. The Immigration Department will continue to observe the Standard Operating Procedures (SOP) to ensure all detainees remain safe,” he said during the daily press conference on Covid-19. – Bernama