Monday, August 10
You are at:Home»News»Nation»Malaysians adapting to new normal of Aidilfitri celebrations 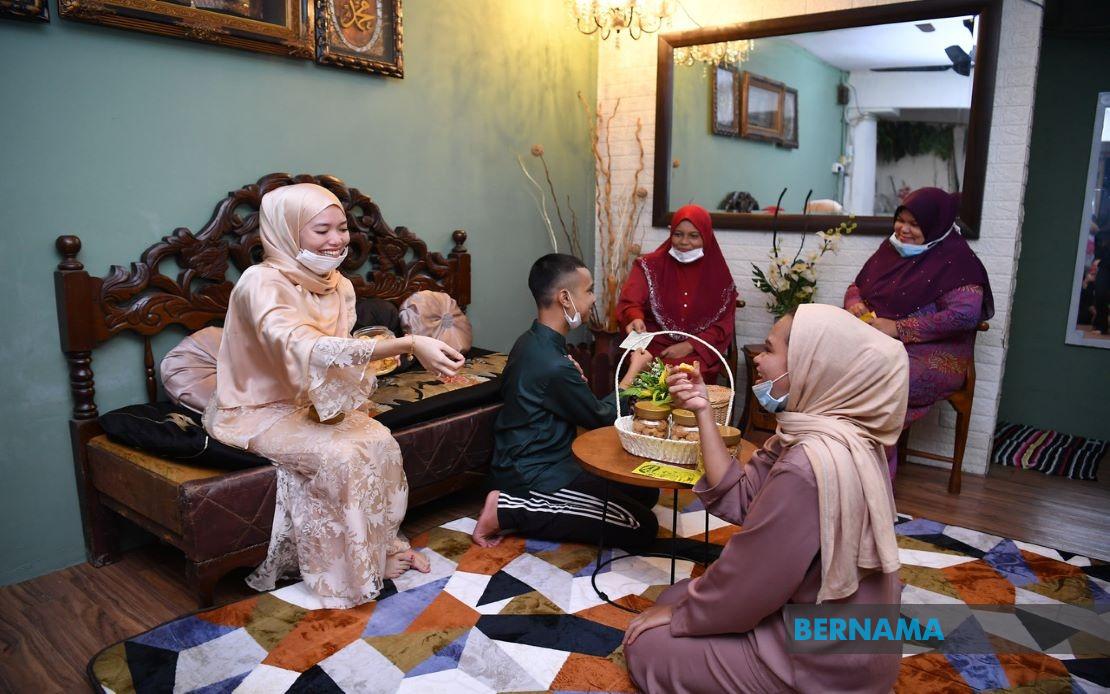 Under the Conditional Movement Control Order (CMCO), people are no longer allowed to continue the tradition of Aidilfitri visits. Bernama File Photo

KUALA LUMPUR: Malaysians are taking the new normal in their stride, as seen on the fourth day of the Aidilfitri celebration under the Conditional Movement Control Order (CMCO).

The merriment of this year’s Aidilfitri celebration, that used to last up to a month, seems muted on account of the restrictions imposed by the CMCO, with many returning to work after a four-day break.

Gone is the traffic congestion on highways where people would be stuck on the road for hours on end.  On the bright side, no tragic road crashes were reported this festive season, which can be taken as a sign of high level of compliance with the CMCO.

In light of the CMCO restrictions, netizens have come up with creative ways to celebrate Hari Raya, resigned to the fact that this year’s festivity could not be the same as before.

A video being circulated on social media shows a number of families in a housing area having their Hari Raya delicacies in the open outside their houses.

They were seen practising social distancing and according to the voice of a man in the video, the body temperature of each family member was recorded as a precautionary measure to prevent the spread of Covid-19.

There are those who tried to recreate the dishes shared by popular Youtuber ‘Sugu Pavithra’ before uploading their trials on Facebook group Masak Apa Hari Ini (MAHN).

After being flooded with dishes such as ‘ketupat’, ‘lemang’ and ‘rendang’ on its timeline, the group settles back to its routine postings of every day dishes and recipes by the members.

Meanwhile, social media was also flooded with family photos taken during video conferencing, proof of the sacrifices Malaysians have to make this year.

The more creative ones utilised their editing skill by superimposing their photos on their family group pictures.

For fitness enthusiasts, they were seen resuming an active lifestyle, jogging and cycling while still taking heed of the government’s recommendation in keeping a safe distance of each other.

Last but not least, dutiful frontliners all over Malaysia posted photos of their celebrating Aidilfitri wearing complete personal protective equipment on the Rayuan Pengamal Perubatan Facebook, a group created to instill awareness among the public.

In the words of Health director-general Datuk Dr Noor Hisham Abdullah, the fight against Covid-19 is not yet over, and hopefully people from all walks of life can embrace the new normal, regardless of whether the CMCO is in force or not. – Bernama