Sunday, October 17
You are at:Home»News»Sabah»Eight arrested in Sandakan after woman cheated of RM355,000 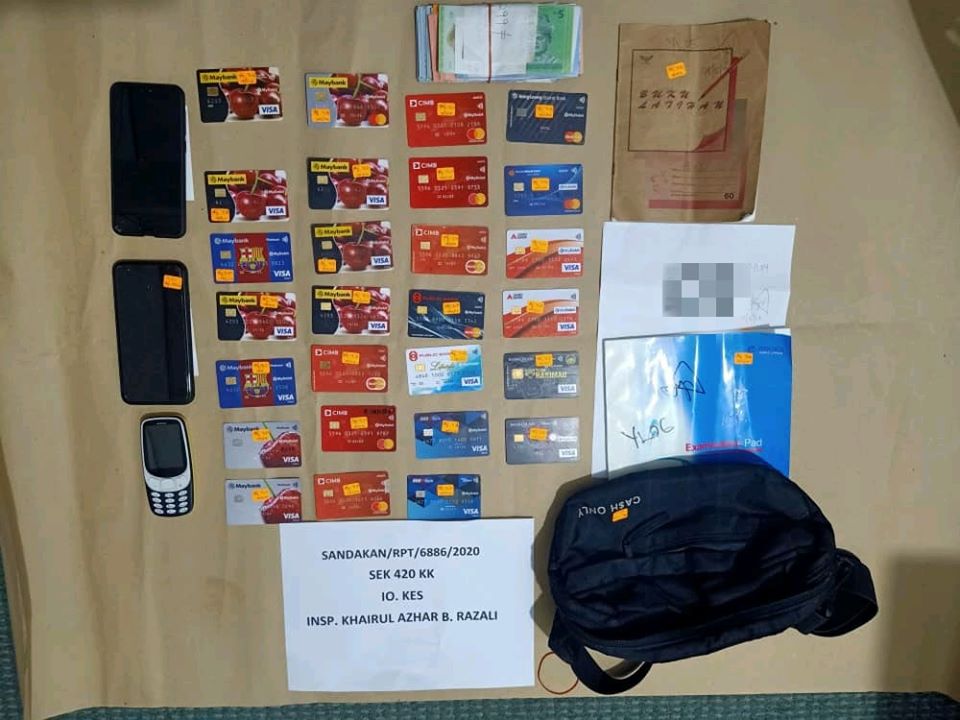 The items that were seized in connection with the scam.

SANDAKAN: Police have arrested eight members of a Macau scam on suspicion of deceiving a woman of RM355,000.

The suspects were arrested by police from the Sandakan’s Commercial Crime Investigating Department at several locations here.

He said the suspects were believed to have cheated a 46-year-old local woman of RM355,000.
The victim is a clerk working for a private company here.

Azhar said the victim received a phone call on April 24, this year and was told she had commited a crime for sending a prohibited item via the post.

Azhar said the victim was then asked to contact the Ipoh police station to solve the case in which she was asked to wire a sum of money to several bank accounts.

The victim had complied with the instructions, but later realised that she had been deceived, he said, adding that she lodged a police report on May 14.

All the suspects have been remanded to facilitate police investigation under Section 20 of the Penal Code.

Azhar advised members of the public to be wary of Macau scam’s modus operandi and not to be easily deceived.